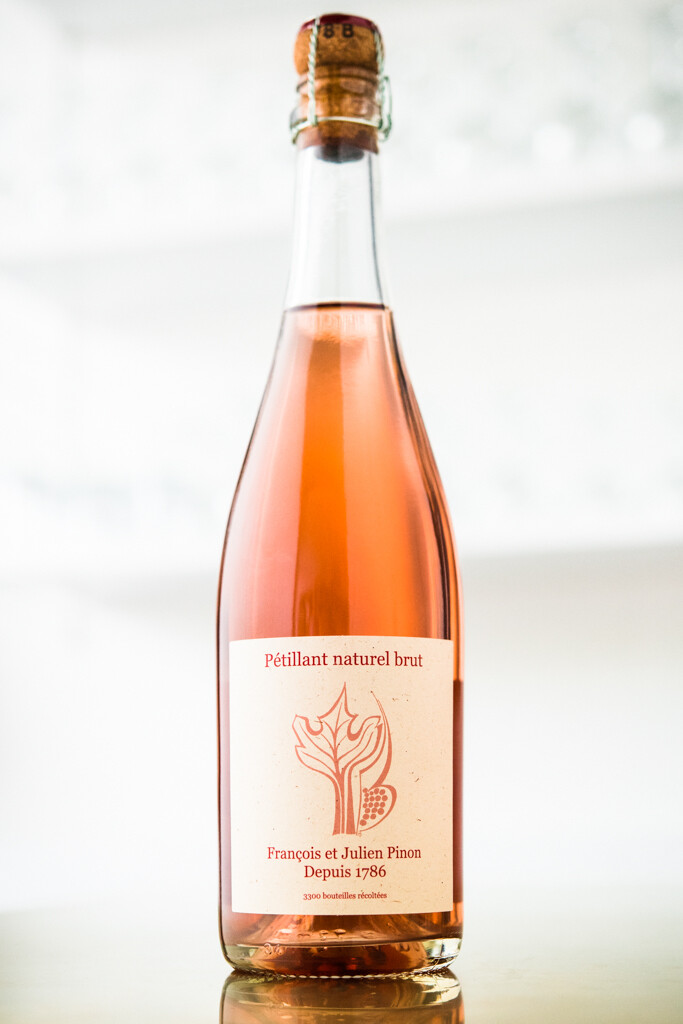 50% Côt (Malbec)/50% Grolleau. This sparkling méthode ancestrale rosé is Pinon's only non-Chenin wine, made from black grapes planted by François Pinon's father in order to supply their workers with red wine. There is only 1 hectare, so production is small. Two weeks into its fermentation with natural yeasts in vat, the wine is bottled and finshes in about two more weeks. The bottles are disgorged in April after the vintage and receive no dosage.

Former child psychologist François Pinon took over the family winery from his father in 1987 and has turned this small 15-hectare estate in the wine-growing hamlet of the Vallée de Cousse into one of the top in Vouvray in over the last 30 years. His ongoing mission is to express the terroir and the vintage of Vouvray as purely as possible. To that end, Pinon and his former-city-planner son Julien work have been working organically since 2003 and were certified organic in the 2007 vintage. They plow the soils; use minimal treatments, never chemical ones; harvest by hand; use only indigenous yeasts for fermentation in old wood casks; age wines in a mix of stainless steel vats, used barrels and foudres on the fine lees for a year; and use minimal sulfur (opting to lightly filter the wines for stability instead).

Increasingly over time, François and Julien have focused on highlighting their two main terroirs: the rocky flint (silex) soils on the slopes and the clay (argile)-based soils in their flatter sites. Both soil types are on top of a chalky limestone base, the classic Vouvray tuffeau, about 1.5 meters below the surface. Scattered in 20 different parcels, their vines average 40 years old and are re-planted as needed exclusively with massale selections rather than nursery clones. But all of these years later, the total planting remains the same size as François’s father’s before him; rather than grow the size of the operation, the current father-son team remain intent upon doing the very best work possible in their original historic family property.