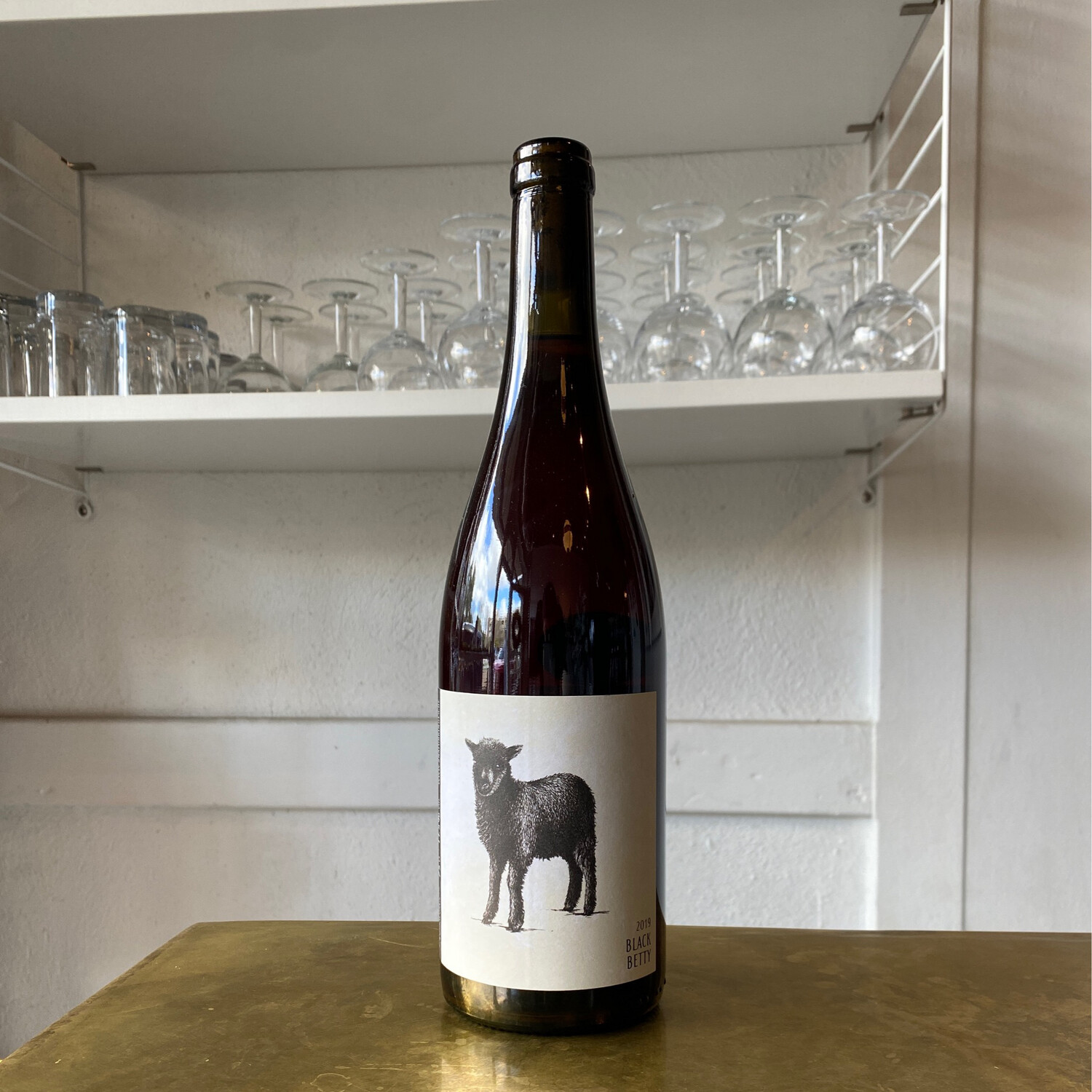 Michael on this wine: “Black Betty is back! After we ripped out the original Domina vineyard, we found a worthy replacement for this cuvée at the Eherieder Berg, in a plot connected to other vineyards we farm already. The wine is named after the first lamb that was born in our Domina vineyard: Betty. Who was – as most of the Ouessant sheep – black.”

Making of: the grapes were foot-stomped and pressed an hour later, in order to extract only a certain amount of color from the highly-coloring Domina grape. The juice went to an old oak barrel where it finished fermentation and aged until bottling taking place in July 2020. Unfined, unfiltered, zero sulfur added.

Personality: super fresh, dry, fruit-driven rosé with a herbal touch, cuddly and irresistible like the sheep on its cover.

Micheal Voelker and Melanie Drese spent many years working in other fields, traveling the world and living in Heidelberg, Regensburg, London, and New York. In 2013 they returned to begin taking over Michael’s father’s winery in Kitzingen in Bavarian Germany. Michael’s father is a long time winemaker, who in fact sits on the quality control board for the appellation, but has been very supportive of Michael’s desire to make wine without additives. They began to make natural wines under the 2naturkinder label as a side project for the winery, and since then have decided to fully expand the project to take over more of the winery’s production. Michael has a particular interest in bats in the vineyard, and a few of the labels are inspired by them. He obtains bat guano from a local nature conservancy, which he uses when fertilizer is required. He is also sponsoring a research project to fund the role of bats in the vineyard.