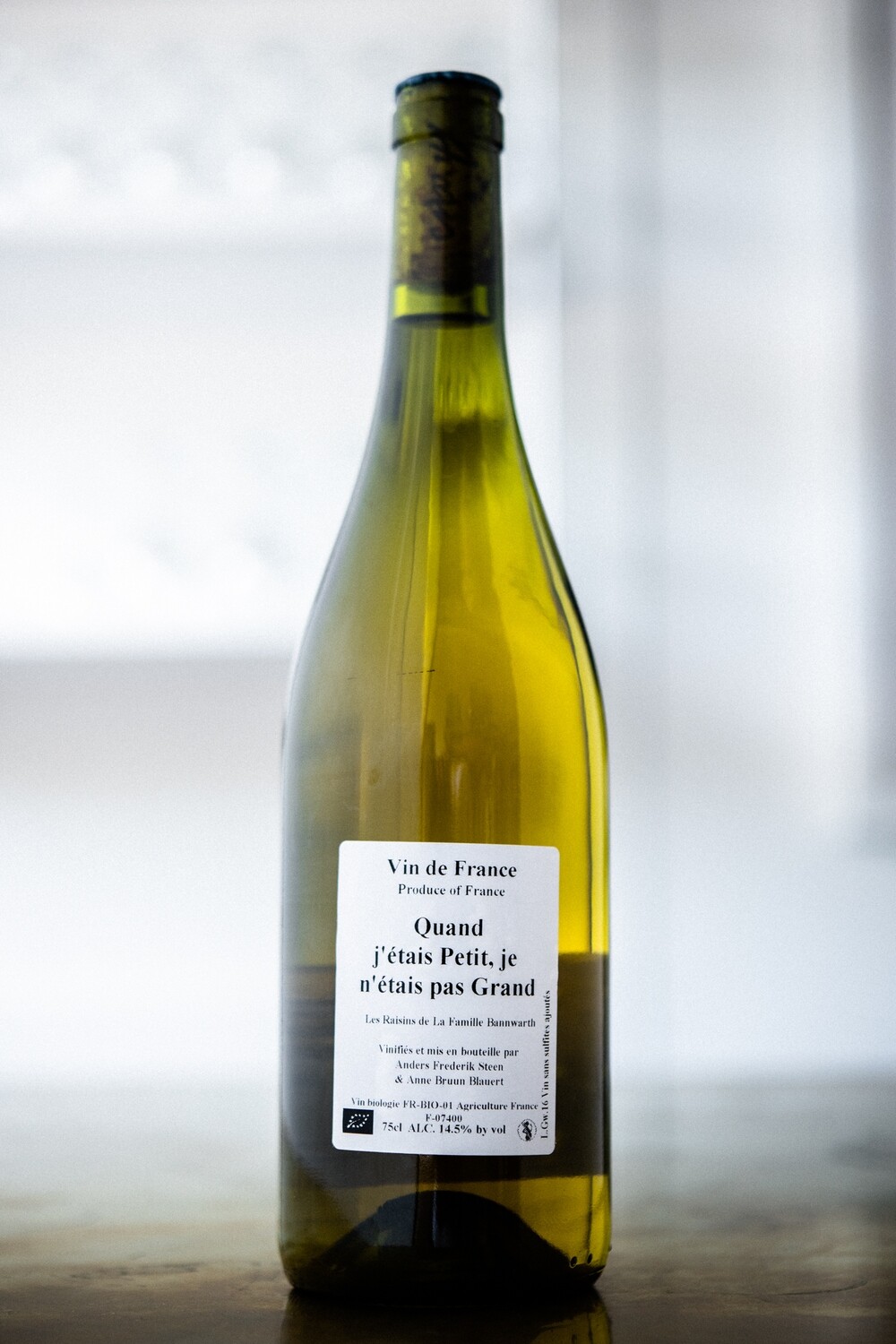 Anders Frederik Steen makes wine from “grapes and only grapes”. He’s been doing this since 2013 when he first started buying fruit from winemakers he admired and making wine alongside legendary Jura vigneron, Jean-Marc Brignot.

Anders and his family have now settled in the beautiful village of Valvignères in the Ardèche and he grows grapes and makes wine at his friends Jocelyne & Gérald Oustric’s farm, Le Mazel. It is a beautiful spot on the slope of a wide, open valley and the many varieties grown here thrive on a perfect mix of clay and limestone. The vineyards are full of life, having been tended organically for decades.

In his previous life, Anders was both a chef and sommelier, working at the best restaurants in his native Denmark. First as a sommelier at Noma, later opening Manfreds and Relae. This experience informs his winemaking in that he does not seek to follow rules and doesn’t feel the need to do the same thing every year. Instead, as he harvests he tastes the grapes and begins to imagine the kind of wine he might be able to make. It is a refreshingly logical, creative approach, and the results speak for themselves.

Anders’ wines are made from red grapes which are either pressed directly or destemmed by hand and white grapes pressed directly in a beautiful old wooden press. Any blending is done during the harvest and the different varieties always ferment together, spontaneously, outside under the open sky. The wines are bottled unfiltered, with no additions and are thoughtful, original expressions of this part of the Ardèche.