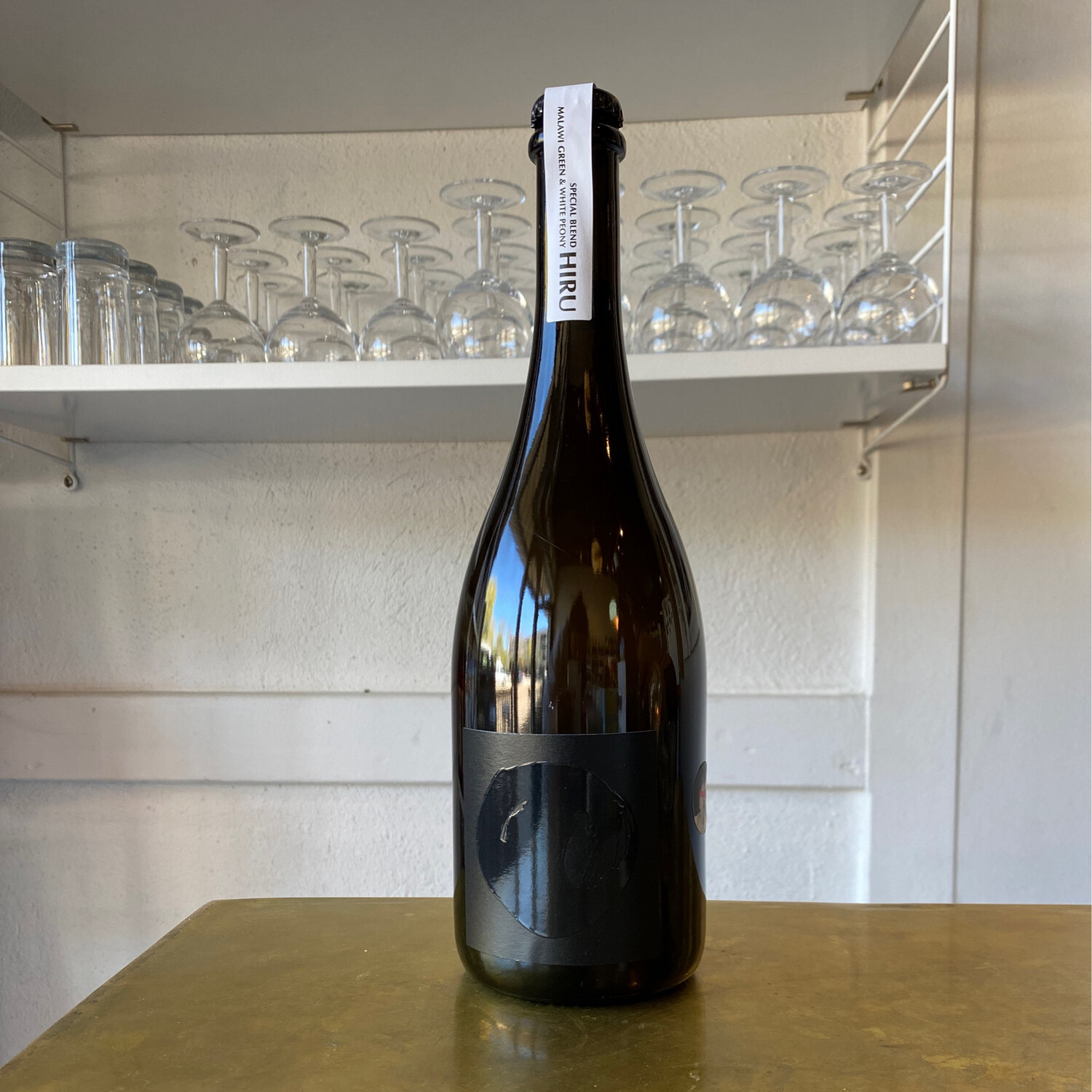 Flavor Profile –Hiru has an intense golden color. Notes of dates and tropical fruits such as papaya with hints of hay and dried herbs. Fine bubbles with a crisp, balanced finish.

Usage – Serve in white wine glasses at traditional Champagne temperatures. A versatile pairing beverage, it shines with tomatoes and fresh vegetables, meaty seafoods, and heartier pork components like bacon and pork belly. The miniscule AMA SCOBY present in each bottle can be served or removed.

AMA Hiru is the marriage of two Malawi-grown tea varietals, expertly selected for harmony and complexity. Satemwa Estate is a third-generation family-owned farm founded in 1923 in the Shire Highlands of Malawi in southeast Africa. First a green tea, which is steamed in a traditional Japanese style. Second, a rare peony white tea, whose fragile, whole leaves required years to discern a shipping method gentle enough to leave the tea intact.

The tea is sweetened and inoculated with a small amount of the previous kombucha, preparing it for the addition of the SCOBY. Once the SCOBY has been added, it is fermented for between one and three weeks. This fermentation is gently temperature-controlled to naturally discourage the production of alcohol. When it reaches the perfect balance of partial fermentation, the tea is bottled, moving it into its final phase of transformation.

As with traditional pétillant naturel, the bottle is the perfect environment to finish its fermentation, turning remaining sugar into natural carbonation, that the aging process, in turn, develops into fine bubbles. While it does not ferment entirely dry, this bottle-conditioning produces a gastronomic beverage that is drier and with lower acidity than traditional kombuchas, with a Champagne-like texture ideal for food pairing.

Ama’s Hiru is bottle-aged for at least six months at the brewery before being released into the market, with the ability to improve and evolve further in bottle for up to three years longer. The longer it ages, the smaller and more refined the bubble. Each fermentation batch produces approximately 280 bottles. Due to the finite nature of the origin-specific teas used and the unique aging process, production of each AMA cuvée is necessarily limited each year.