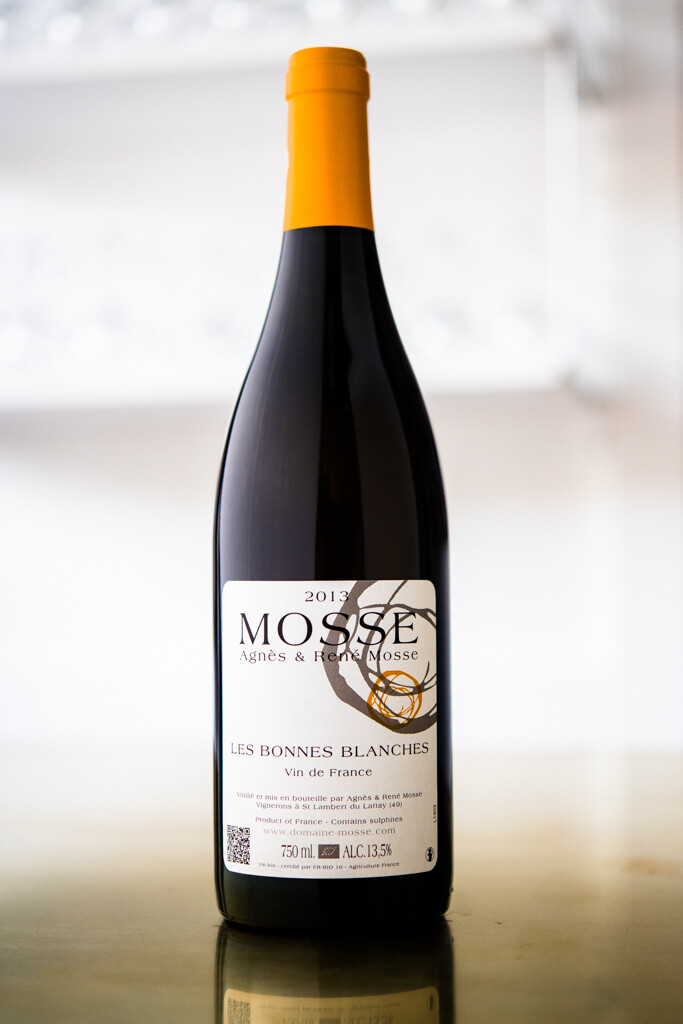 Agnès and René Mosse live and work in the village of St-Lambert-du-Lattay, in the Coteaux-du-Layon area of Anjou. The Layon is a small tributary to the Loire that lazily digs its way through well exposed and drained hills of schist and sandstone. Its micro-climate allows for a long hang-time, and when the mornings are foggy in the fall, with no rain, botrytis develops easily on the Chenin grapes.