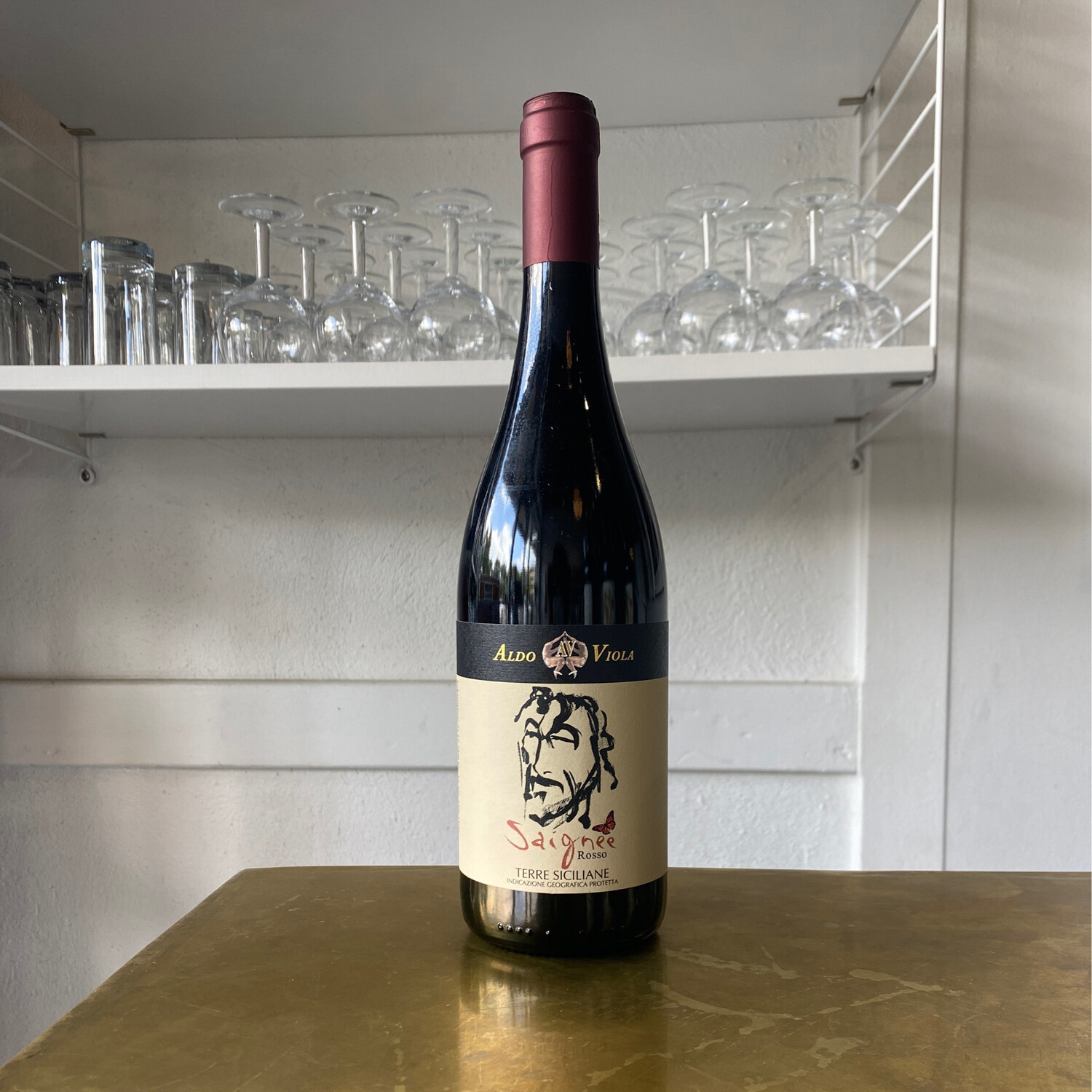 “Saignée” Terre Siciliane Rosso : The vines for Aldo’s red wines grow 30 kilometers from his home village of Alcamo, in a dry, hot microclimate not dissimilar to that of northern Africa, and buffeted by the same scorching sirocco winds. “Saignee” blends roughly equal parts Nerello Mascalese, Perricone, and Syrah—which thrives in this zone’s parched heat as it does in Morocco’s. Aldo ferments it in steel with a six-or-seven-day maceration, then ages it for a year in large Slavonian oak casks, bottling it with a miniscule dose of sulfur. Saignee is ripe but controlled, with tenderly rendered bright red fruits complicated by a fascinating umami note not unlike that of high-quality tomato paste. Appropriately southerly in its sun-drenched persona, this wine nonetheless errs on the side of the sprightly and highly drinkable.

Today, he farms seven hectares of Catarratto, Grillo, and Grecanico near his home village of Alcamo, planted on the area’s steep Timpi Rossi (“Red Hills”), named so because of the sandy-clayey soil’s high iron content. He also owns a plot of land 30 kilometers outside of town, closer to the sea, planted to Perricone, Nerello Mascalese, and Syrah, all of which thrive in the dry and scorching-hot microclimate of the area. Aldo works without synthetic chemicals in the vineyards, harvesting everything by hand and conducting almost all vineyard work entirely manually as well. He has long embraced skin maceration in the production of his white wines, not as a trendy affectation for certain cuvees but wholeheartedly; all his white wines are macerated for periods up to eight or nine months. Aldo does this because he finds that long, slow extractions produce the truest expressions of variety-plus-soil as well as the most satisfying textures—and his wines are textural masterpieces bar-none. These are not “funky orange wines” that dazzle with their exuberance despite their lack of balance or restraint; they probe they outer limits of aroma and flavor, but they do so with rigor, clarity, and harmony. His reds are produced with a similar appreciation for balance, and though they viscerally evoke their wild sun-baked hills of origin, they remain lifted, digestible, and refreshing.