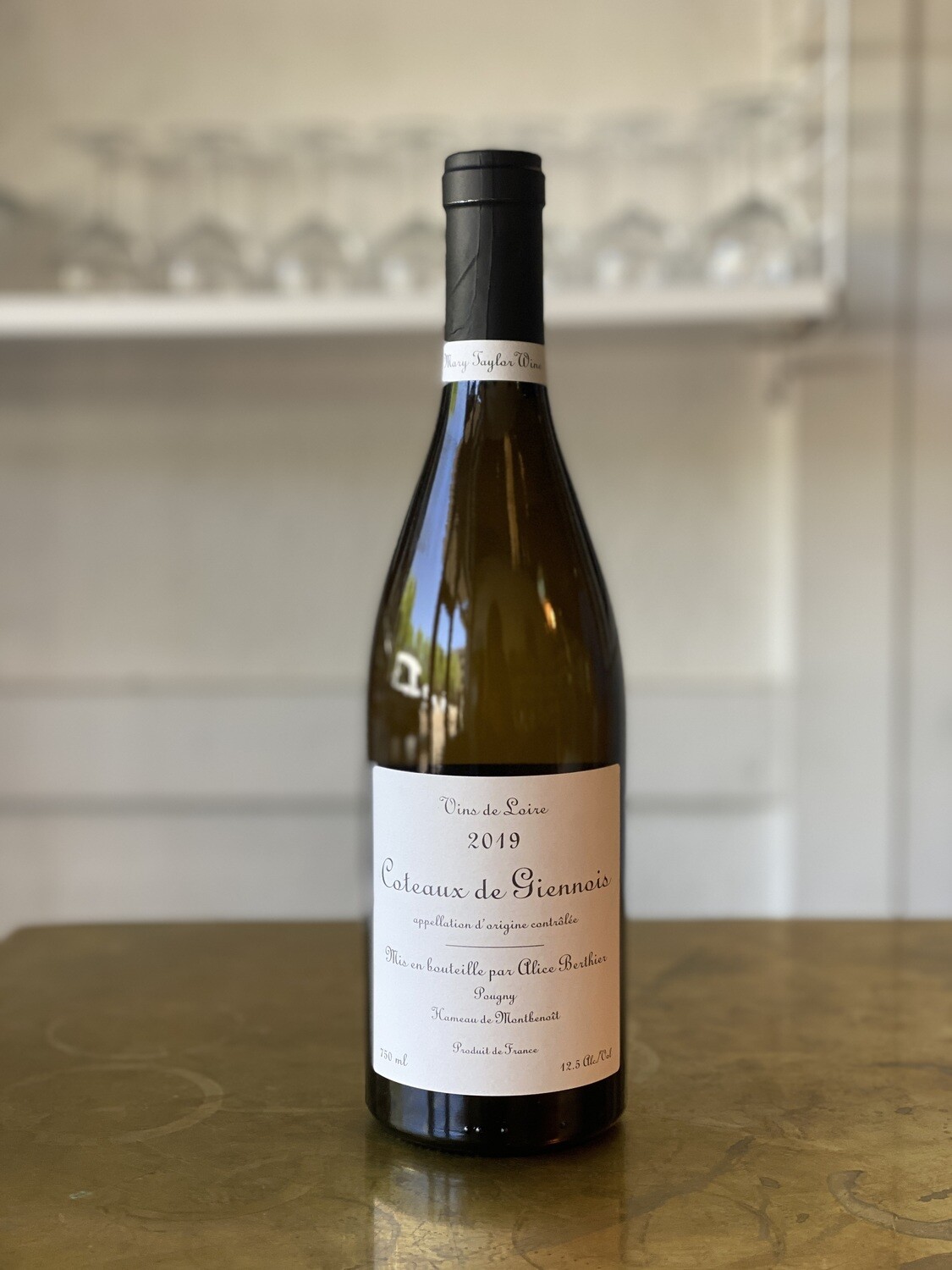 This is the smaller application in the central Loire, where one finds flint, limestone and clay. The elegant, round white wine is grown by the 5th generation of Berthiers, an independent family business. The vineyards are organized as an ecosystem including several types of trees and flowers to create a healthy habitat for local pollinators.

When one thinks of Loire Valley Sauvignon Blanc, Sancerre springs to mind for many. But just a few miles north of popular Sancerre lies the hidden treasure of Coteaux du Giennois. Little known outside of France, Coteaux du Giennois just received AOP status in 1998 - yet it has been producing wine since the 2nd century, and vineyards here were given as gifts by the French royal court as early the 800s.

Alice Berthier’s vineyards are planted on hillsides of the Loire extensions of the geologic formations of Sancerrois and Pouilly – that is to say, the same classic Sauvignon Blanc terroir, without the trappings of international fame. The terroir is a mix of 50% silex soil from the town of St Père, and 30% limestone and 20% clay from the town of Pougny, both in the heart of the Central Vineyards along the Loire River. Each plot is vinified separately and brings its own complexity to the wine.

As soon as they arrive at the winery, grapes are gently pressed and the juice is allowed to settle naturally for 36 hours. Spontaneous fermentation with ambient yeasts takes place in temperature-controlled stainless steel. The wine goes through natural malolactic and is matured for a few months on its fine lees until the bottling is carried out in the spring. It rests for 8 months in bottle before release.

Alice and her team work with the utmost respect for the environment, planting grass between rows, encouraging biodiversity, and using natural forms of pest control such as sexual confusion. Yields are carefully controlled and the estate is in organic conversion.