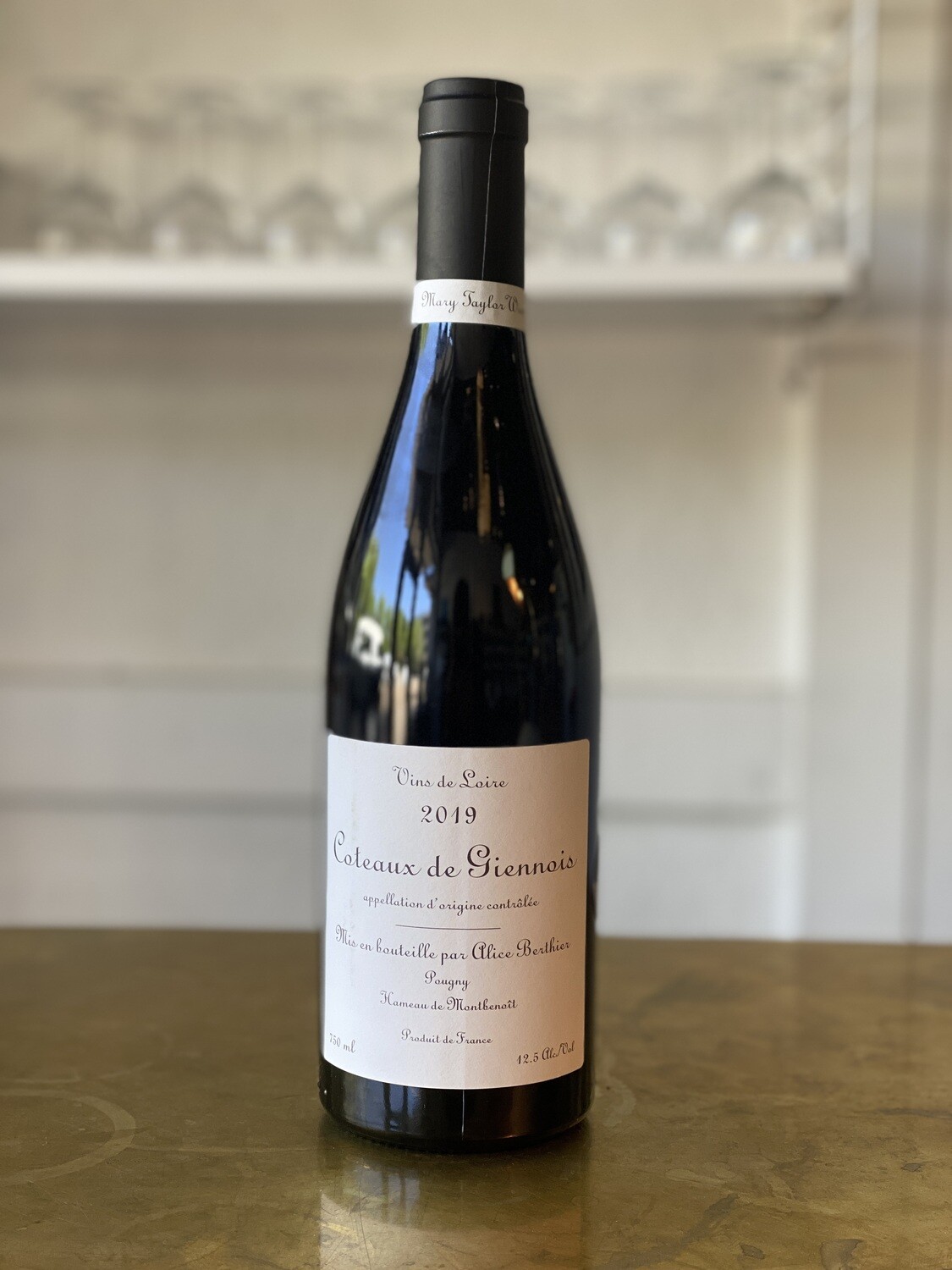 These older Gamay and Pinot Noir vines cultivated on limestone and clay soils in the central Loire grow complex dark fruit that offers structure and freshness. The Coteaux du Giennois is a tiny appellation with under 20 cellars, located just beyond Sancerre and up from Pouilly-Fumé.

The first in our MT3 series! Just north of the famous Loire appellations Sancerre and Pouilly-Fume lies the small and quiet Coteaux du Giennois. Little known outside of France, Coteaux du Giennois just received AOP status in 1998 - yet it has been producing wine since the 2nd century. Vineyards here were given as gifts by the French royal court as early the 800s, and with the establishment of monasteries in the Middle Ages, vineyards and viticulture flourished.

Here between Gien and Cosne-sur-Loire, the cold continental influence from the east is tempered by the Loire River. Alice Berthier and her team work their hillside vineyards with the utmost respect for the environment, planting grass between rows, encouraging biodiversity, and using natural forms of pest control such as sexual confusion. Yields are carefully controlled and the estate is in organic conversion.

Our Coteaux du Giennois red vines are planted on the complex soils of Pougny and Saint Père, small villages in the heart of the Central Vineyards. The terroir is a mix of 50% silex soil from the town of St Père, and 30% limestone and 20% clay from the town of Pougny, along the Loire River. Each plot is vinified separately and brings its own complexity to the final wine. In the cellar, grapes are pressed gently with a pneumatic press and fermented with to 14 days, with twice daily pump-overs for gentle extraction. When the wine completes malolactic fermentation, it is racked and aged for 10 to 12 months before bottling.