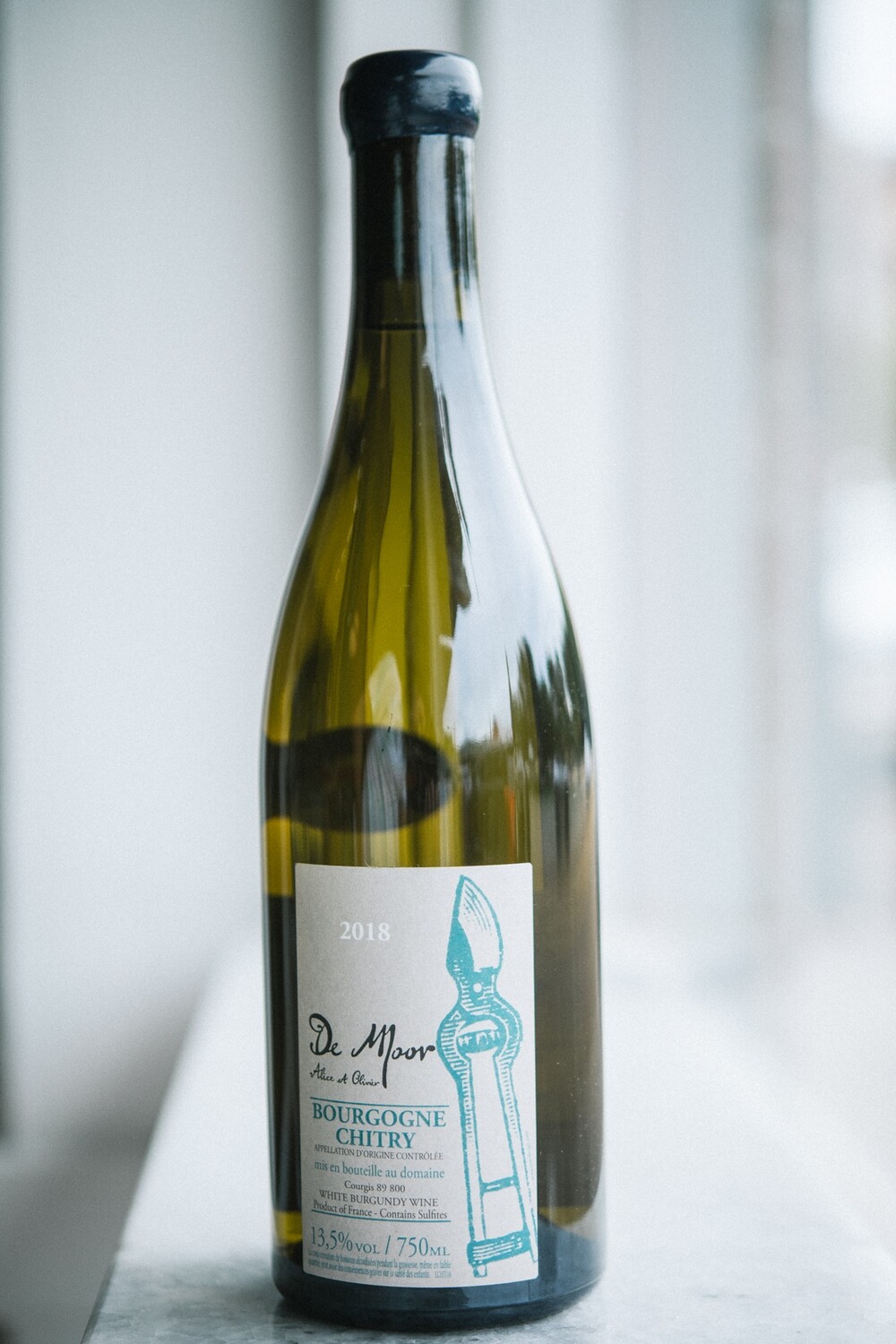 100% Chardonnay. The De Moors have 1.2 hectares of Chardonnay in two contiguous parcels in Chitry (down the road from their home village of Courgis—both are near the town of Chablis and part of the Chablis region). Like their nearby Aligoté, they planted the Chard from 1995-1998 on the soils of 25-30 centimeters of clay over hard limestone rock. Alice and Olivier farm organically and harvest by hand. The fruit is gently pressed and fermented spontaneously with indigenous yeasts in stainless steel tanks. The wine goes through malo and is aged on its lees without bâtonnage in a combination of steel, used barrique and foudre. No sulfur is used at harvest or during vinification.