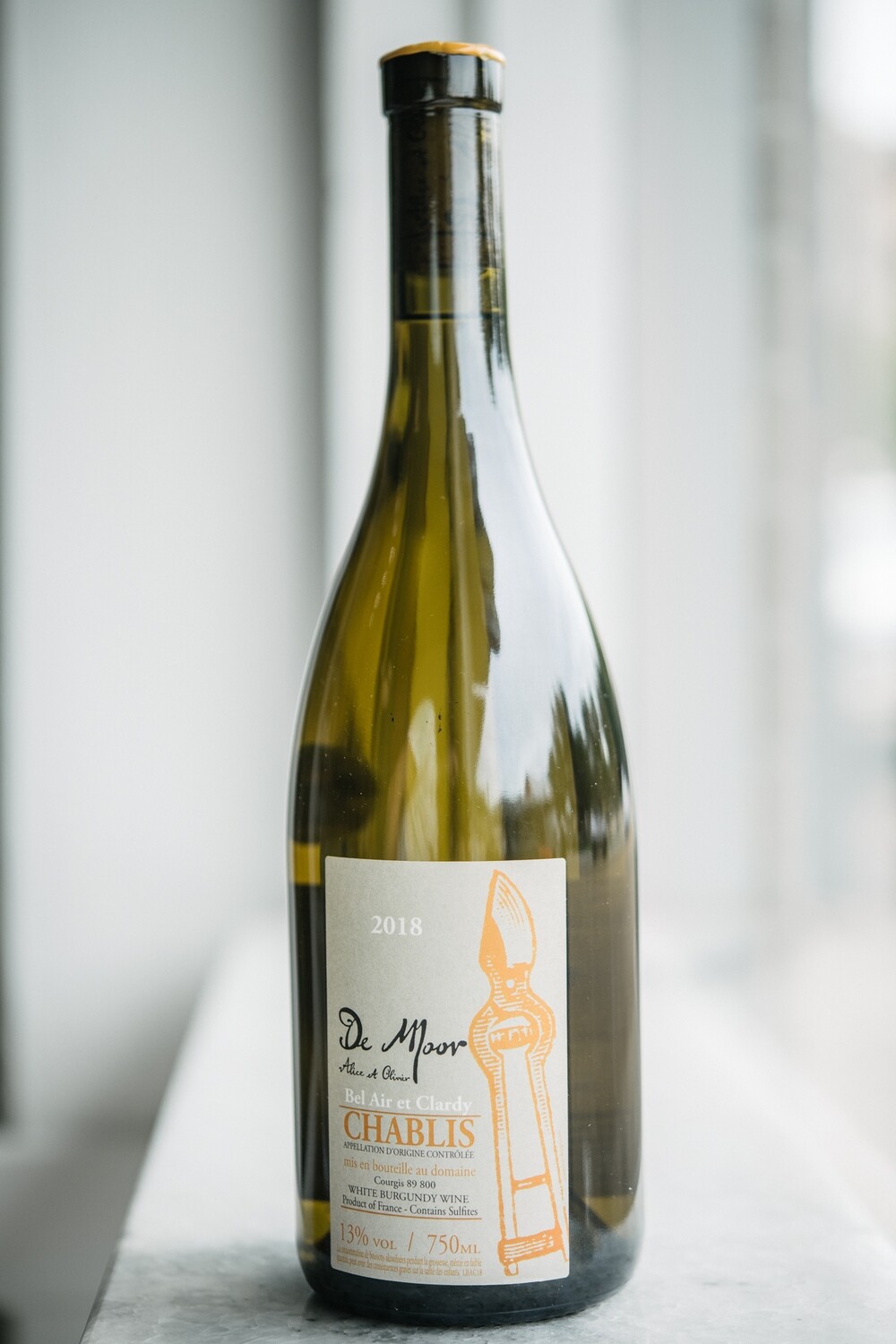 100% Chardonnay. Bel Air and Clardys are two parcels 300 meters apart, planted in the mid-1990’s and totaling 1 hectare, in the De Moor home village of Courgis (a few miles from town of Chablis). The soils are stony and chalky, in other words classically Chablisien. Bel Air in particular has full southern exposure. Alice and Olivier farm organically and harvest by hand. The fruit is gently pressed and fermented spontaneously with indigenous yeasts in used barrique. The wine goes through malo naturally and is aged on its lees without bâtonnage, also in used barrique. No sulfur is used at harvest or during vinification. Bottled in December 2019 (and in a rare exception, filtered due to the presence of a few grams of RS). 2018 is the first time Alice and Olivier have been able to bottle this wine since 2014.