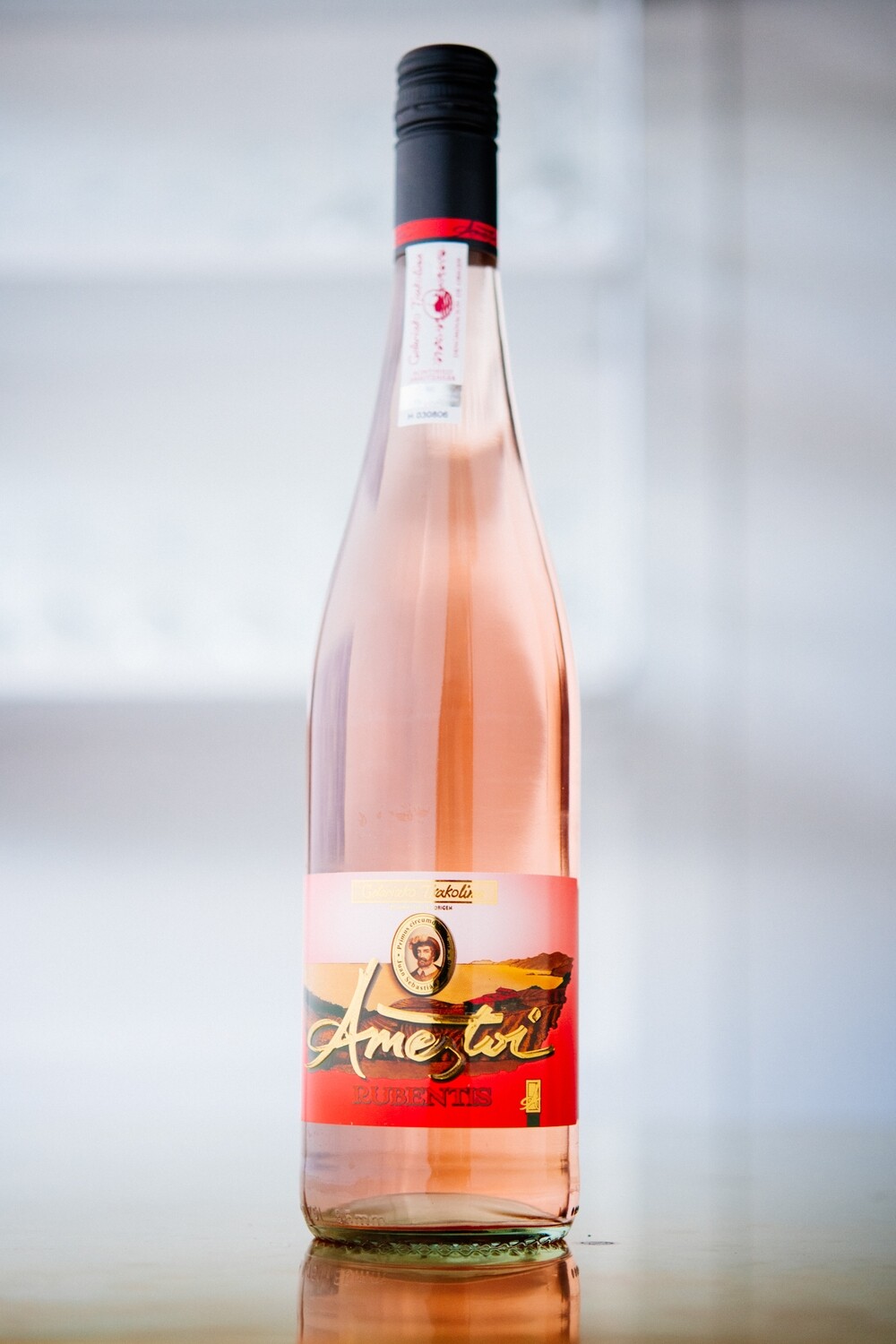 The pink sibling of Ameztoi’s flagship white, this vibrant rosé is made from a mix of red and white indigenous grapes and is bottled with a little residual carbonation to give it a light spritz.

The iconic Rubentis rosé is a field blend of hondarrabi zuri and hondarrabi beltza varieties, which are co-fermented for three weeks. When most local wineries gave up on the indigenous red hondarrabi beltza vines, the Ameztoi family retained their old vines, which gives their rose exceptional vibrancy and complexity. Rubentis, the region’s first pink wine, was inspired by the historic claret style wines which were once produced in the area long before the current global craze made rosé famous. The backbone of the blend comes from a hondarrabi beltza vineyard planted in 1840, preserved by the Ameztoi family for generations.

Ignacio Ameztoi has also continued to innovate with his exploration of méthode traditionnelle sparkling wines, led by his Hijo de Rubentis, a sparkling rosé from old-vine hondarrabi beltza grapes. His inspiration to use his area’s signature low alcohol and refreshing acidity as an ally to craft exceptional bottle-fermented sparkling wines has resulted in new possibilities for the region.