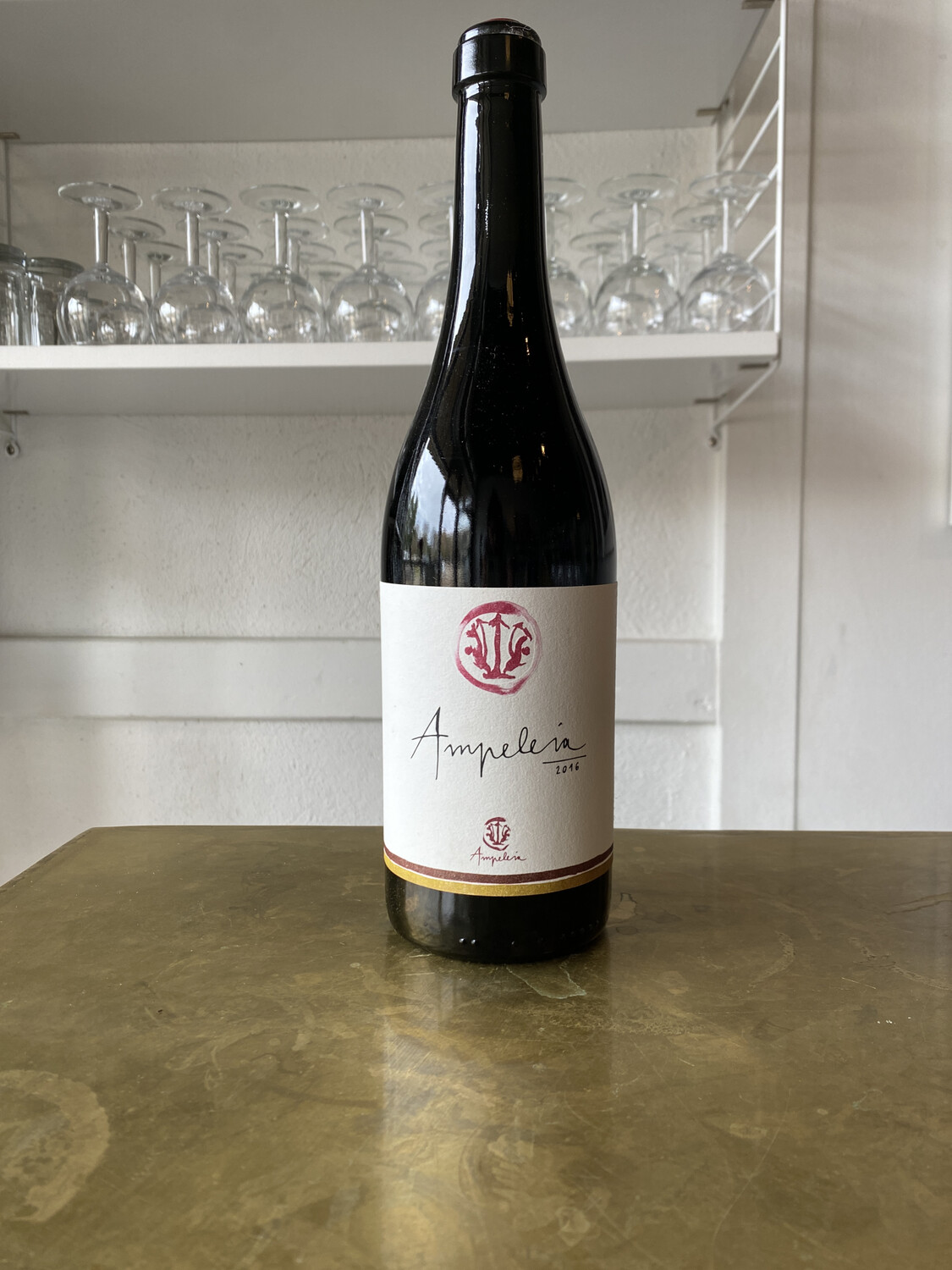 Ampeleia represents the origin and the evolution of the winery, mainly Cabernet Franc with a small portion of Sangiovese until 2014. Starting from the 2015 vintage, Ampeleia is the harmonic union of the different Cabernet Franc parcels of Ampeleia di Sopra. Ampeleia is the best expression of Roccatederighi’s terroir. Climatically, the entire area, and in particular the higher slopes, are exposed to frequent winds. Here is where the sea breeze meets and interacts with the mountain breeze. Unique climatic conditions of Ampeleia di Sopra, allow harvesting the Cabernet Franc by the end of September taking advantage of cool late summer nights during the crucial phase of the fruit ripening process.

Ampeleia – Elisabetta Foradori, one of Italy’s top “superstar” winemakers, famous for her work with Teraldego in the Alto Adige has come together with 2 friends, Giovanni Podini and Thomas Widmann, to develop Ampeleia: a completely unique project in the Maremma region of Tuscany, farmed biodynamically, focusing on the synergy between mankind and nature, producing fresh and elegant, silky wines.

The estate overlooks the medieval village of Roccatederighi, located on three different levels of altitude varying from 200 to 600 meters above sea level – Ampeleia di Sopra (Upper Ampeleia), Ampeleia di Mezzo(Central Ampeleia) and Ampeleia di Sotto (Lower Ampeleia). Ampeleia includes a total of 150 hectares of which only 40 are planted with vines. The property slopes down towards the sea, nestled in a territory made of numerous plots of land, hidden among the lush vegetation, where earlier Etruscan settlers nourished the soil to grow grapes. All vineyards on the estate were planted following an in depth terroir research of each single site.

The grapes for Ampeleia are fermented in truncate cone shaped oak tanks and in 50-60 hl concrete vats. The average maceration time is 10-20 days and is temperature controled between 28°and 30°C. Final blending is done in several stages starting from the spring following harvest. The wine is aged in French oak barrels for 15 to 16 months.

The grapes for Kepos are fermented in 70-80 hl concrete and stainless steel tanks for 7-8 days at controlled temperature between 25°-27°C. Then the single batches are aged in truncate cone-shaped oak tanks and in 50-60 hl concrete vats. The blending of the wine batches is done in the spring and the summer following harvest.