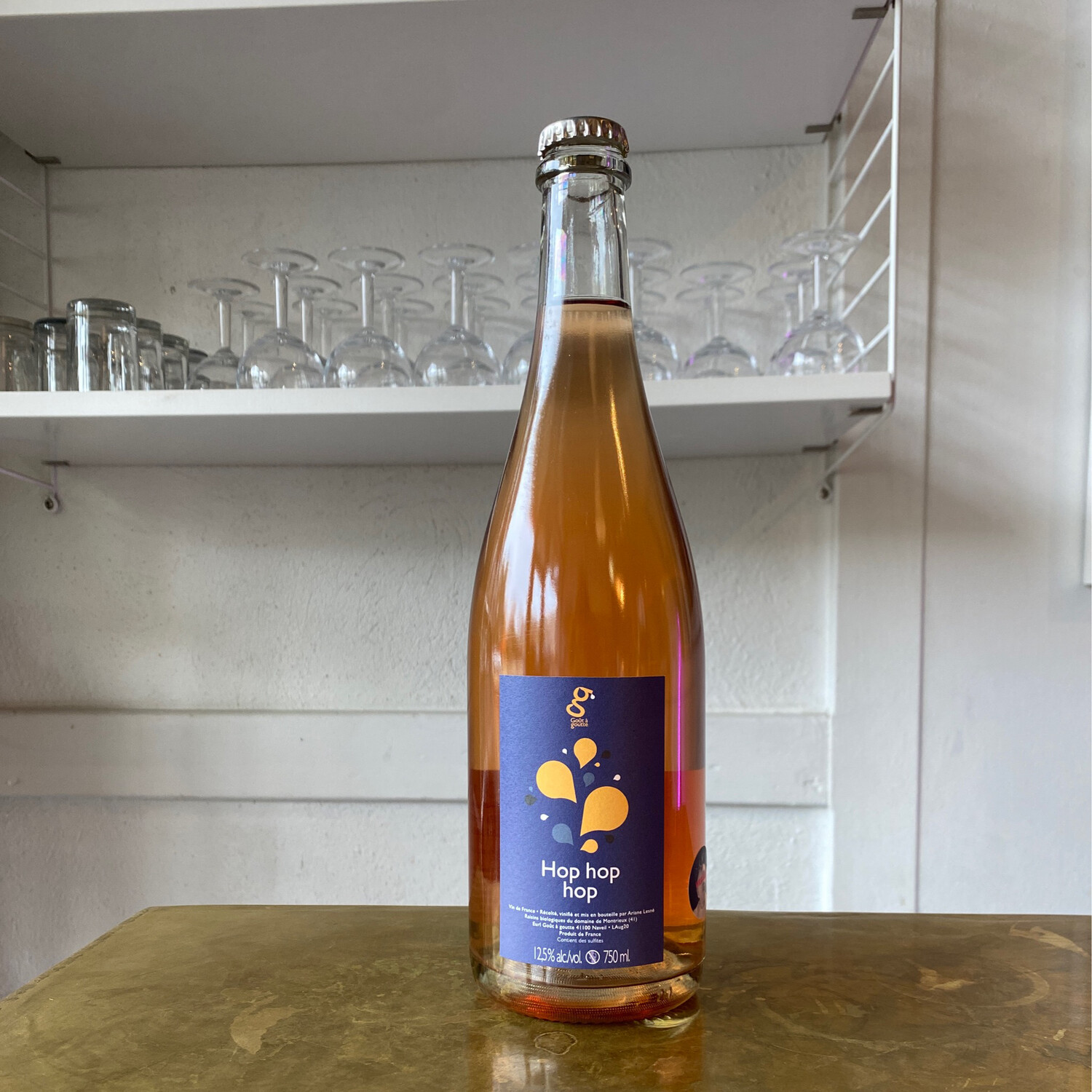 Pét-nat Chenin blanc on the lees before disgorgement, though in some vintages the cépage changes.