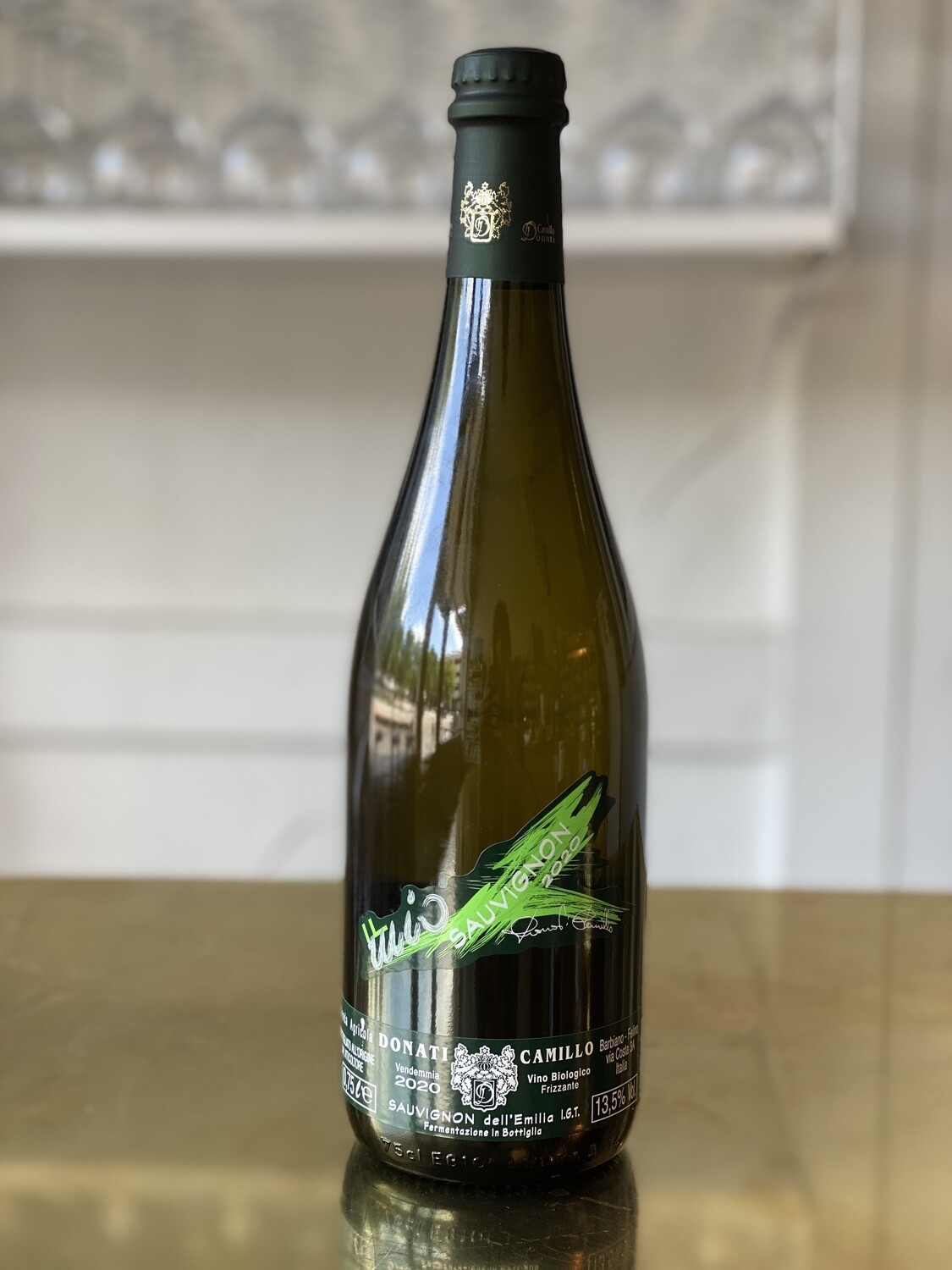 Here are some thoughts from Camillo about the Sauvignon Blanc grape:

As the name suggests, it is of French origin. On our hills, it made its appearance here and there for several centuries, but it was Count Brian who began to plant it intensively on the Parma hills in the 19th century. He'd originally brought the vines from France to plant around the hills of the Felino castle (which he owned at the time). Today we can safely agree that Count Brian's intuition was spot on, as the Sauvignon grape immediately demonstrated it could work ideally with our climate and our soil, allowing us to obtain a wonderful wine.

The Donati estate was started in 1930 and now run by its third generation-- Camillo, his wife and their children. They cultivate 11.5 hectares of vines (7.5 of which they own as Tenuta S. Andrea and four which are leased at Tenuta Bottazza) using organic and biodynamic practices. The carbonation of these frizzante wines comes from the traditional method of refermentation in bottle, a method that does not require preservatives and which makes this wine, unlike those produced in charmat method, age better. The wines are not filtered and are topped with a crown cap, a traditional closure for some decades in this region. There may be resulting sediment and the bottles should be poured somewhat carefully without a lot of intense movement.

These are very delicate and natural wines that have immense glugability and unique character. They are meant to be drunk simply as you would a refreshing beer or cider at cold temperature (even the red) with simple foods. They go particularly well with cold cuts, prosciutto and dry sausages and gnocco – fried squares of dough – that are traditional in Parma.