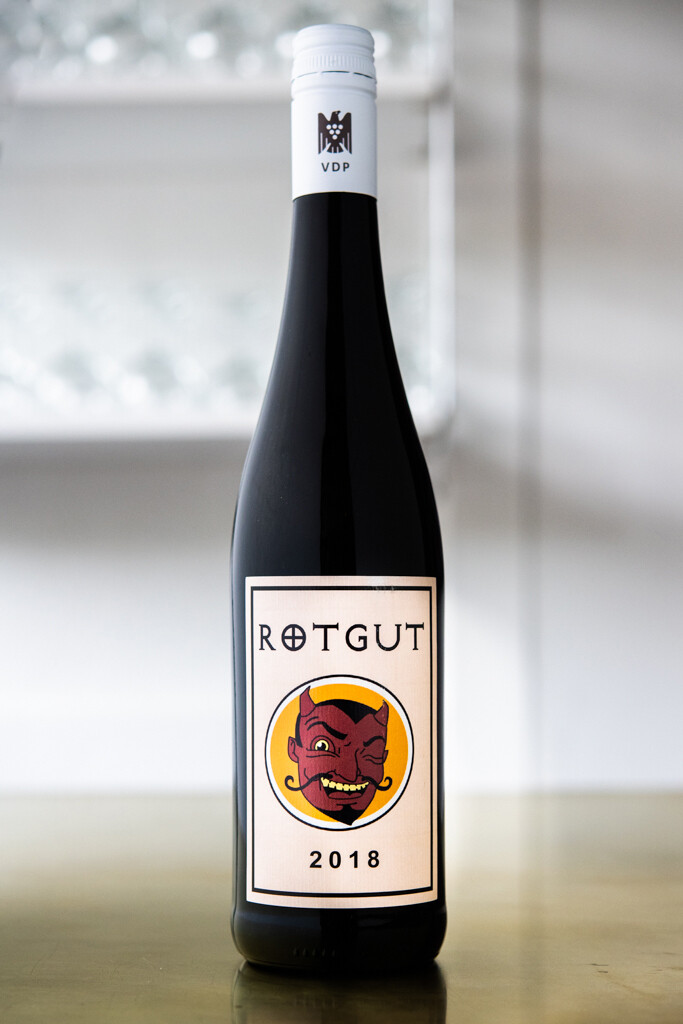 Though this is definitely a red wine, Jochen himself always says, “…this isn’t red wine or white wine, it’s Trollinger.” Which is to say this is a singular wine: bright and brambly, with vivid crunchy red fruits, a myriad of dried spices and a fine, bouyant minerality. Beurer’s wines always have a sort of energy to them. It’s like they don’t follow the normal rules of physics; these damn wines levitate. This is especially true of this wine.

vineyard work: Demeter certified Biodynamic since 2008, organic since 2014. All wines are hand harvested.

vinification: All wines are fermented with natural yeast. Red wines, Kieselsandstein, Junges Swaben and GG are not filtered. All other whites are lightly filtered. None of the wines are fined.

Here’s the hypothesis we’ll set out to prove: Jochen Beurer may be one of the most important winemakers in Germany. An ex-European BMX champion - his wines are pure energy; they have a universal vibration to them. They seemingly do not follow the laws of physics that govern the rest of the conventional wine world. They float. Among winemakers in Germany, Beurer is revered and his whites and reds are nearly always considered among the greats. Few winemakers are able to achieve such thrust and such purity, from the simpler Trollinger and Portugieser up to Grauburgunder, Sauvignon Blanc and, yes, Riesling. Yet Beurer’s influence flows not only through his wines, but through his actions. Jochen is one of the deepest thinkers about the environment beyond the vineyards. A tour with Beurer is as likely to include a discussion of his bees, the vegetation and animals surrounding the vineyards as it is to include a discussion of the soil and vines themselves. Remstal (where Beurer is located) is the only area in Germany with Zweigelt!