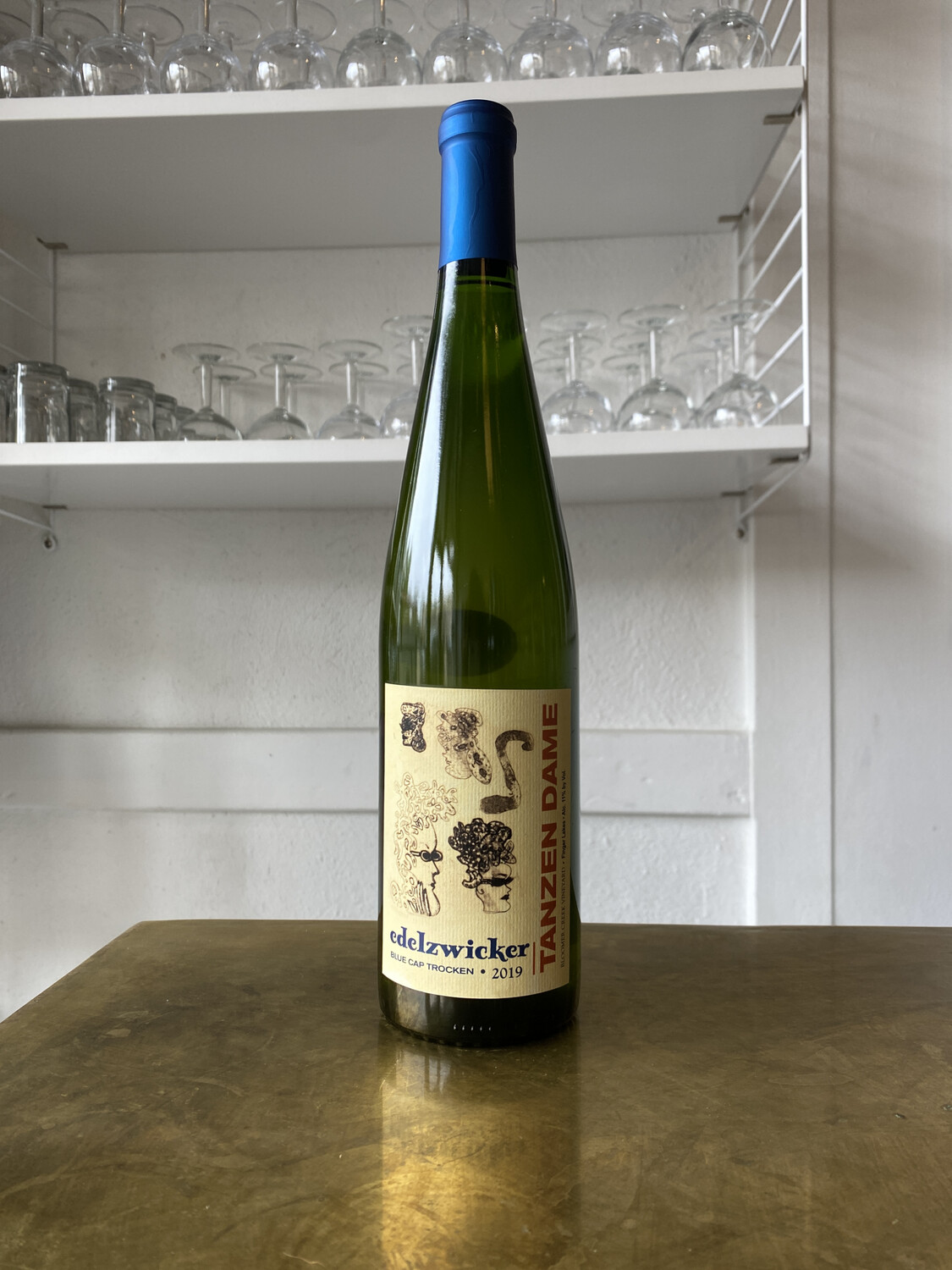 Tanzen Dame Edelzwicker Blue Cap Following in the tradition of the Alsace, the Edelzwicker wines are blends of: Riesling; Gewurztraminer; the Finger Lakes own grape – Cayuga White; and other white varietals. These wines, like the 100 vinifera wines, are made in small batches and minimally processed. Use of the fairly neutral, disease resistant, and heavy yielding variety Cayuga White, allows them to bottle an affordable wine. With careful blending they can create a delightfully crisp and complex wine. Age of Vines: 15-20 years oldYields: Riesling and Gewurztraminer are cropped at 3-4 tons/acre. Cayuga White is cropped from 6-8 tons/acre. Varietals: 50Cayuga White; 45 Riesling; 5 Gewurztraminer.

From the beginning, distinctions – like “personality” - became apparent in fermentations made from different parts of Bloomer Creek’s Cayuga Lake vineyard. Even with vintage variation, wine made from what is now called “Auten Vineyard” differed stylistically from the site now called, “Morehouse Road.” In 2008 these two sites were bottled separately and have been ever since. In that same year of 2008, Bloomer Creek unveiled a new wine label - TANZEN DAME – to be used on Riesling, and Gewurztraminer bottlings. TANZEN DAME (which roughly means “Dance, Lady?” in German) was created in celebration of, and as an homage to, the great wines of Germany, Austria, and the Alsace. The label features a watercolor by Jimmy Wright from his series of paintings entitled “Lost Women” - a series heavily influenced by the work of the German Expressionist era. As a friend and fellow wine lover, Jimmy was easily persuaded to allow the reproduction of his “Lost Women” on Bloomer Creek’s new TANZEN DAME label in exchange for a case of wine or two.