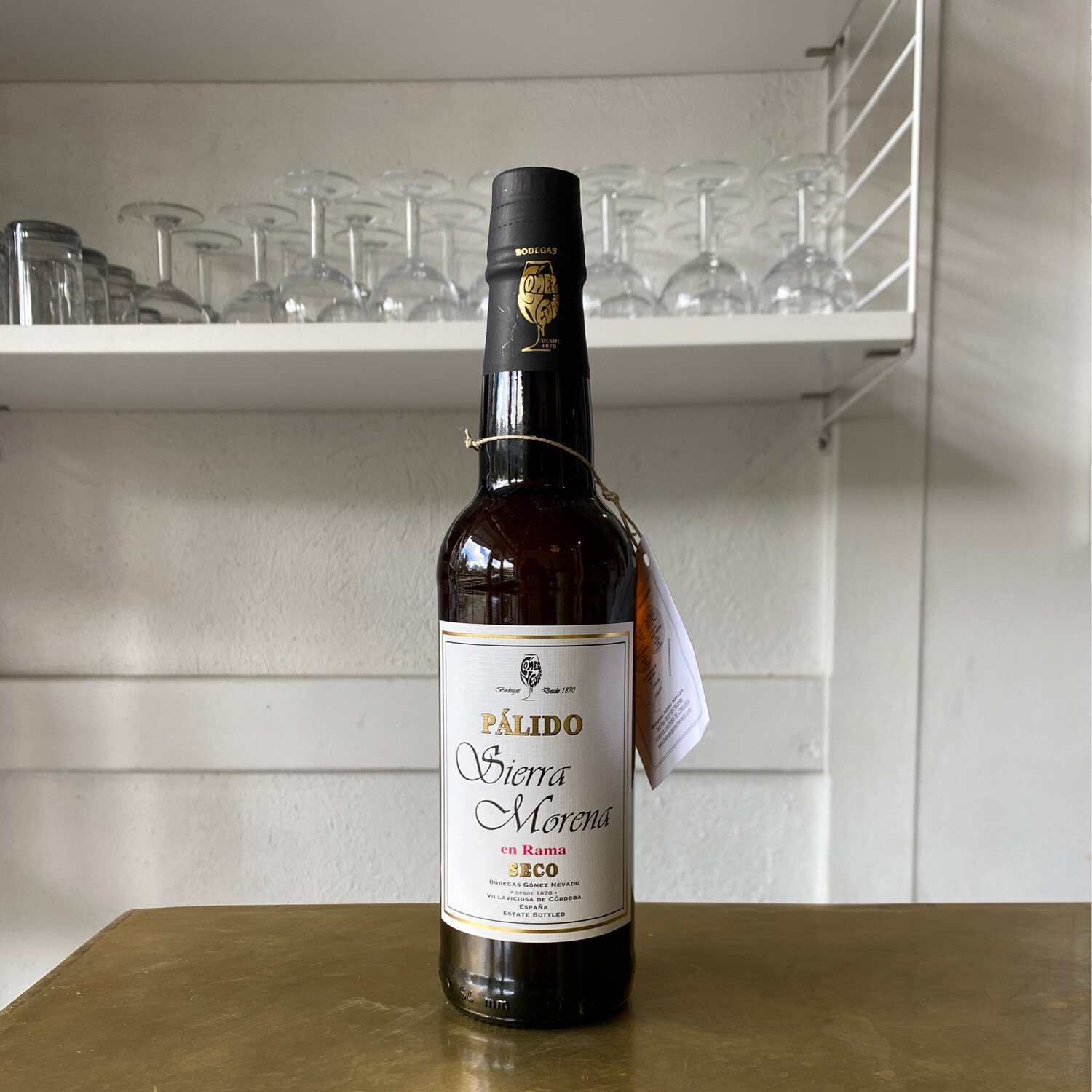 Pálido translates to “pale” and is the name for the Fino-style wine, which is fermented with native yeasts in vat, transferred to old amphora and then to a solera where the wine spends an average of 5 years of aging under flor. It is bottled en rama, meaning without harsh filtration or stabilization. This is a fresh, yeasty, salty, wine.

A sherry imported by José Pastor? Well, almost. Technically, they are about 200km from Jerez and a solid 50km from Montilla-Morilles in the rugged Sierra Morena mountain range. Winegrowing at the family estate Bodegas Gómez Nevado dates all the way back to the 1700’s, with the bodega being in its current incarnation since 1870. Today, patriarch Gabriel Gómez and his two children oversee the bodega and its 8ha of certified organic vineyards. Remarkably, Gómez Nevado was the first winegrower in all of Spain to have their vineyards certified organic, back in 1980. Their lush, green vineyards are planted in the traditional 'en vaso' style on clay and slate soils at 500-600m elevation. The Gómez Nevado wines are made in the classic Jerez style, in a solera system, with a combination of biological aging under flor, and a further oxidative aging for the Dorado wines. Both wines are made only with estate fruit, and are fermented with native yeast in steel. From there, the aging process beings in enormous stone tanks before transferring the wines to the traditional American oak barrel solera system.