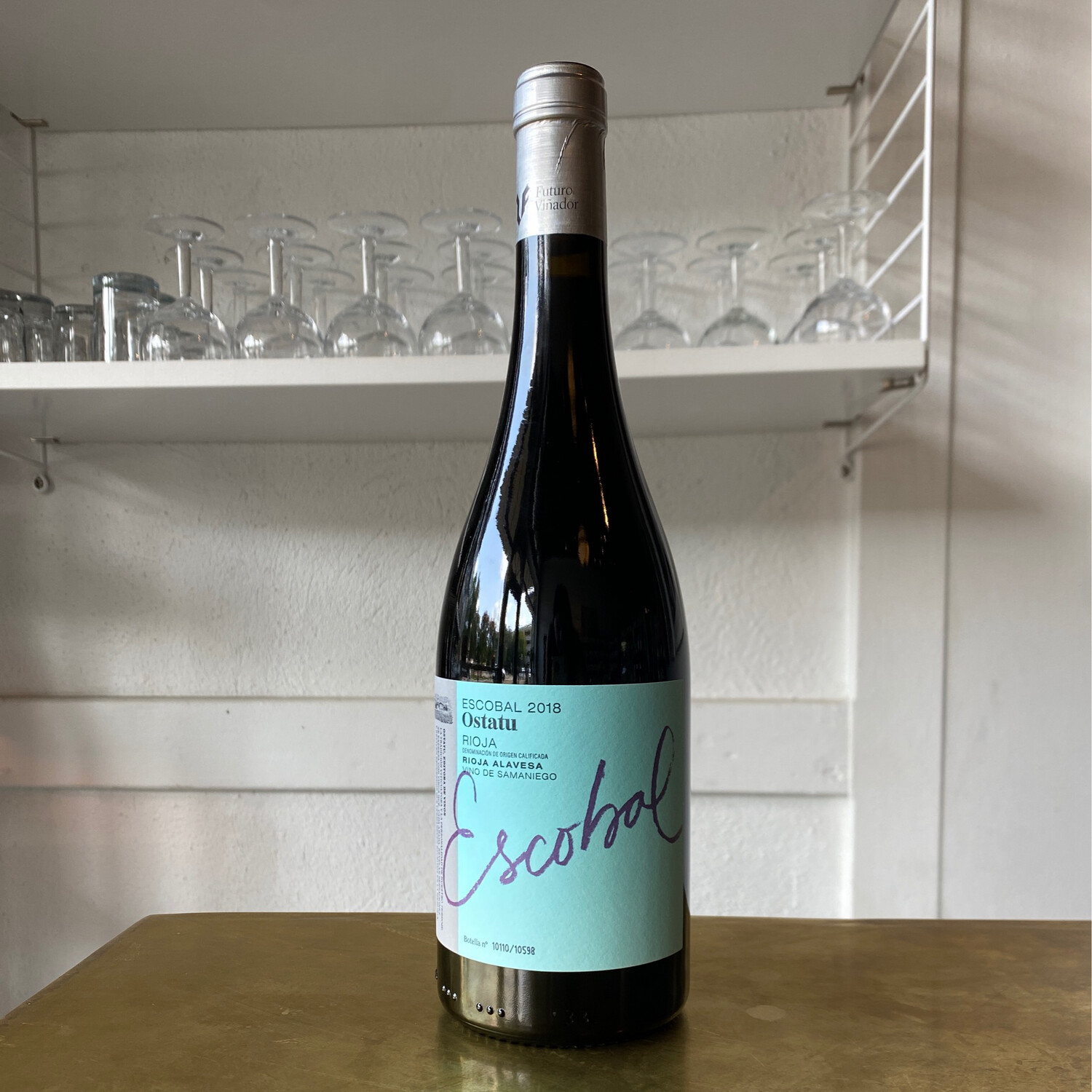 In 2018 Rioja Alavesa saw a relatively cool and fresh vintage with many challenges; the result for Ostau was elegant, expressive Atlantic wines. A cool spring and early summer with abundant rainfall required extensive, vigilant work in the vineyards, highlighting the experience and dedication of the Ostatu team. Late summer turned hot and allowed the grapes to mature quickly. September was cool and clear, with abundant sunshine encouraging phenolic maturity in the final stages of maturation. Grapes were harvested manually on October 12th, 2018.

Ostatu is located in an 18th-century structure in the foothills of the Sierra de Cantabria range which was a former country inn (or hostel, offering hospitality; the origins of the name Ostatu) which travelers would stop for nourishment and rest on their way across the mountainous Basque Country.

The Sáenz de Samaniego family has been farming in the area since the 16th century – for so many generations, in fact, that their family name and the village’s name are the same. The winery has been growing grapes for over two hundred and fifty years. In 1970, husband and wife, Doroteo and María Asunción Sáenz de Samaniego began bottling the first Ostatu cosechero wines, utilizing the whole-cluster, carbonic maceration style which is historic to the Rioja Alavesa region. Upon realizing the exceptional quality of their vineyards and potential through a friendship with Hubert de Boüard de Laforest of Château Angélus in Saint-Émilion, the winery was modernized in 2002 by four of their six children: Mariasun, Gonzalo, Iñigo, and Ernesto. The philosophy at Ostatu has been one of constant self-improvement through blending tradition, a forward-thinking approach, and perseverance.