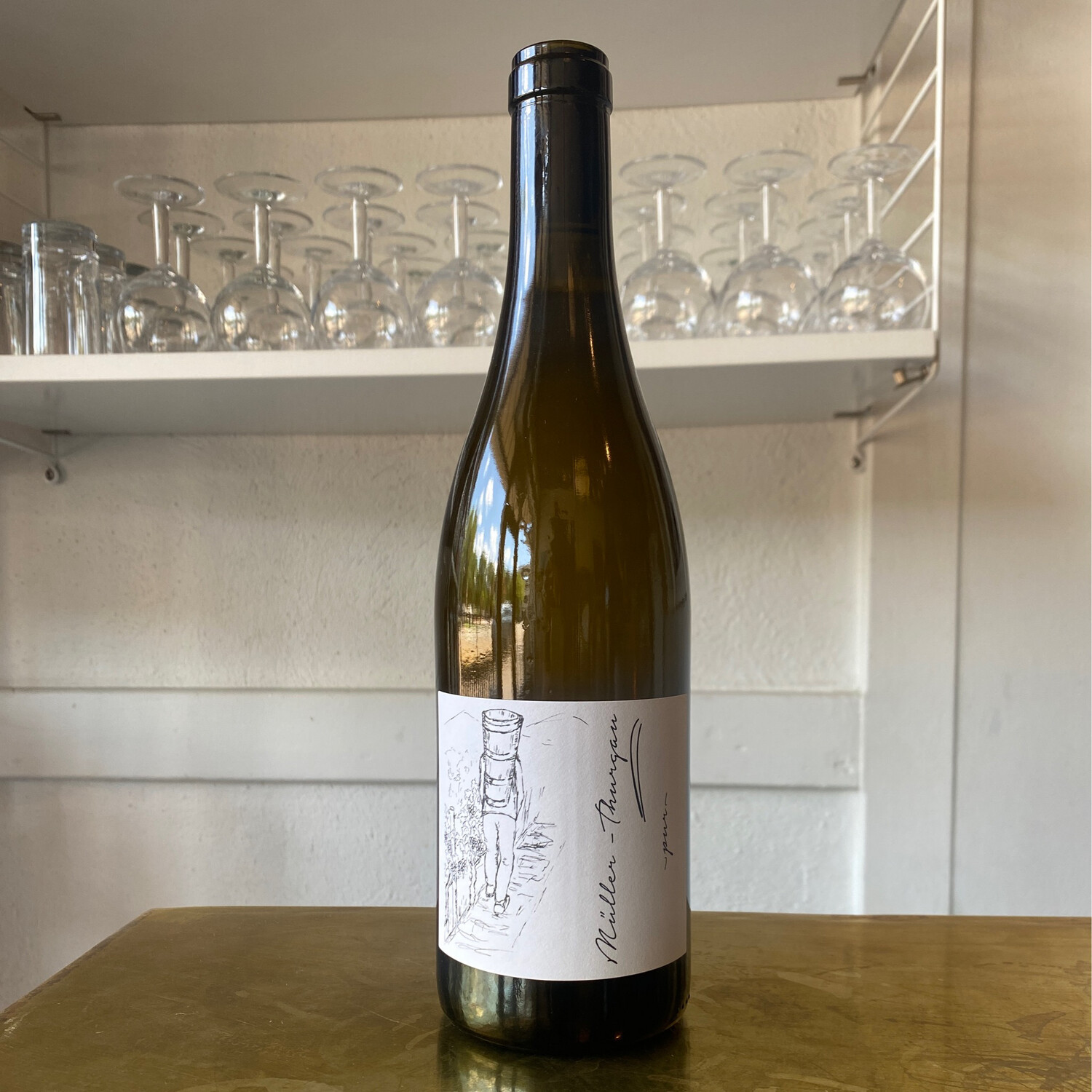 From highest elevation at the estate, 5-day cold maceration, fermentation and élevage in 1200L on gross lees. Note that all the “Pur” labels are drawn by the brothers’ grandmother (Oma in German); really “natty wine” Oma’s boys. No sulfur or filtration on “Pur” wines.

The brothers Brand, Daniel and Jonas, have quickly brought attention to the far northern Pfalz, this cool-climate, limestone-rich, yet otherwise overlooked region. I would say the brothers (along with Andreas Durst) have redefined this place, but that presupposes the place has actually been defined, which is a stretch. The “famous” Pfalz, the Mittelhaardt region, is a good 45-minutes south. Here, however, in the north, in the Brand brother’s village of Bockenheim, well, things are a bit quieter; the historic and gilded estates of the south, with their tended gardens and bustling tourism, give way to a quieter, more gritty, working agricultural feel in the north. The Brand brothers have quietly experimented more and more with 0-sulfur winemaking. The Pet-Nats are riveting, ultra-light testaments to what this region is capable of; in the already-saturated world of Pet-Nat, they have a dedicated following and disappear quickly. The rather long and eccentric list of 0-sulfur “Pur” wines that the brothers released beginning with vintage 2016 reflect a lot of experimenting, both in the vineyards and in the cellars. They are the beginning of what is likely to be a grand story of natural wines in the north.