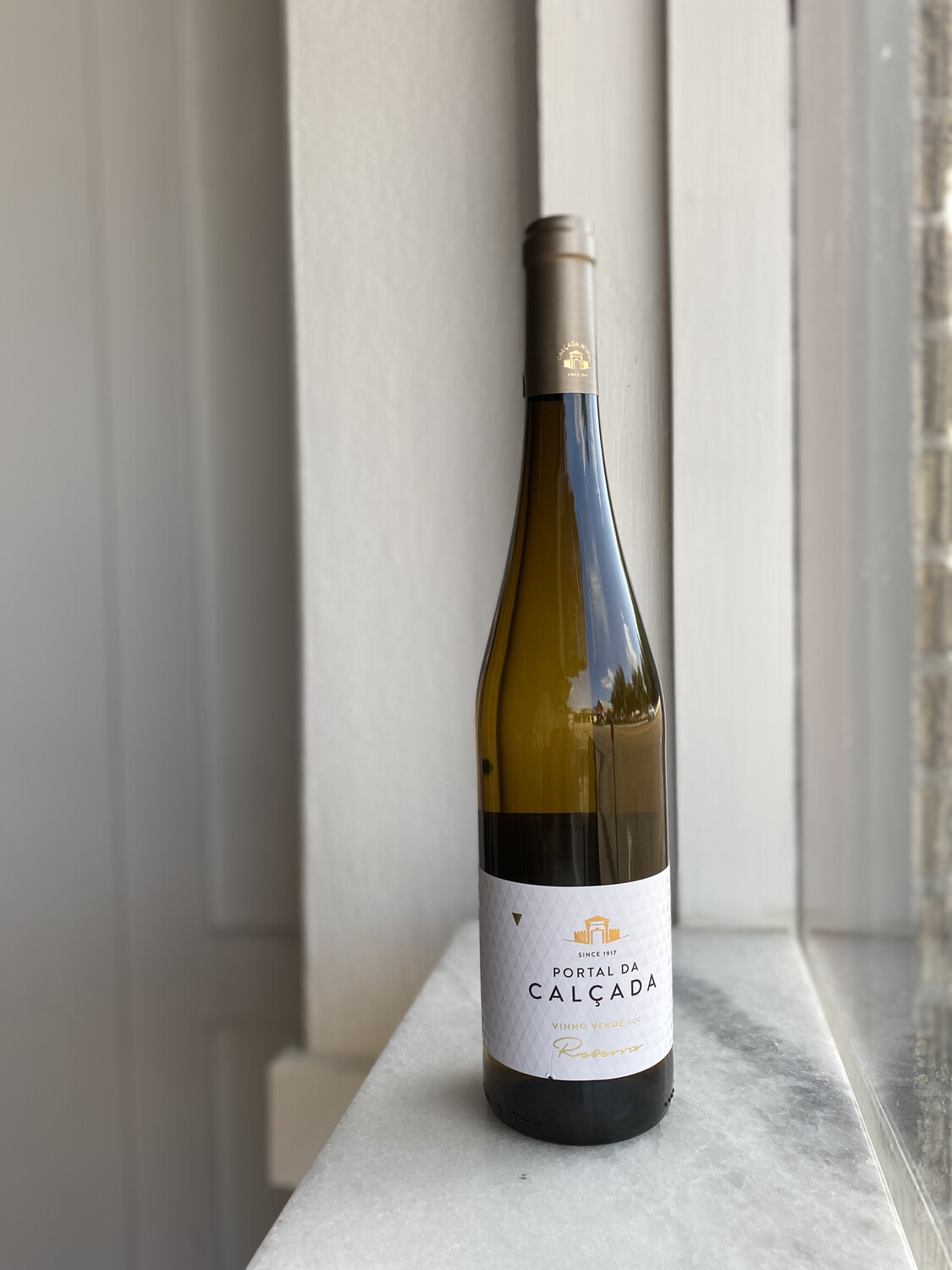 Tasting- This wine has a bright straw color. It expresses the character of the Vinho Verde region with subtle floral notes and fruity aroma. It has a vivid mineral elements that result in a very fresh, attractive and gastronomic wine.

The Vineyards- The fruit for Portal da Calçada was manually harvested at the perfect maturation point from several parcels of their Estates, which are just outside of our wine cellar. This diversity of parcels exhibits diverse soils with different exposures that reflect the potential of the Amarante sub-region.

Mineral Notes- The previously selected grapes were de-stemmed and slightly pressed. The extracted juice is decanted by gravity. It was then fermented in stainless steel vats with temperature control during approximately 15 days. Before bottling the wine is filtered and stabilized.

Food Pairing- Perfect alone as an aperitif or with light and fresh entrances.

Sustainability- The fruit used for developing this blend was grown accordingly to the Portuguese Integrated sustainable Agriculture, which follows the International Organisation for Biological and Integrated Control (IOBC) guidelines

Family-owned and operated, and benefiting from the oldest producing vines in Vinho Verde, Adega do Salvador is a project that is part of the society Agrimota – Sociedade Agricola e Florestal, SA. Directly detained by the Mota Family and dedicated to the wines of the region, they have more than 40 hectares of their estate under vine.

Located in Amarante, between Porto and Douro Valley, the vineyards of Quinta da Calçada are between 5 and over 86 years old, being among a cluster where the House of Calçada – Relais & Châteaux stands, built during the 16th century.

In its genesis and afforded the advantages of technology, it still applies the traditional methods of winemaking characteristic of the region.