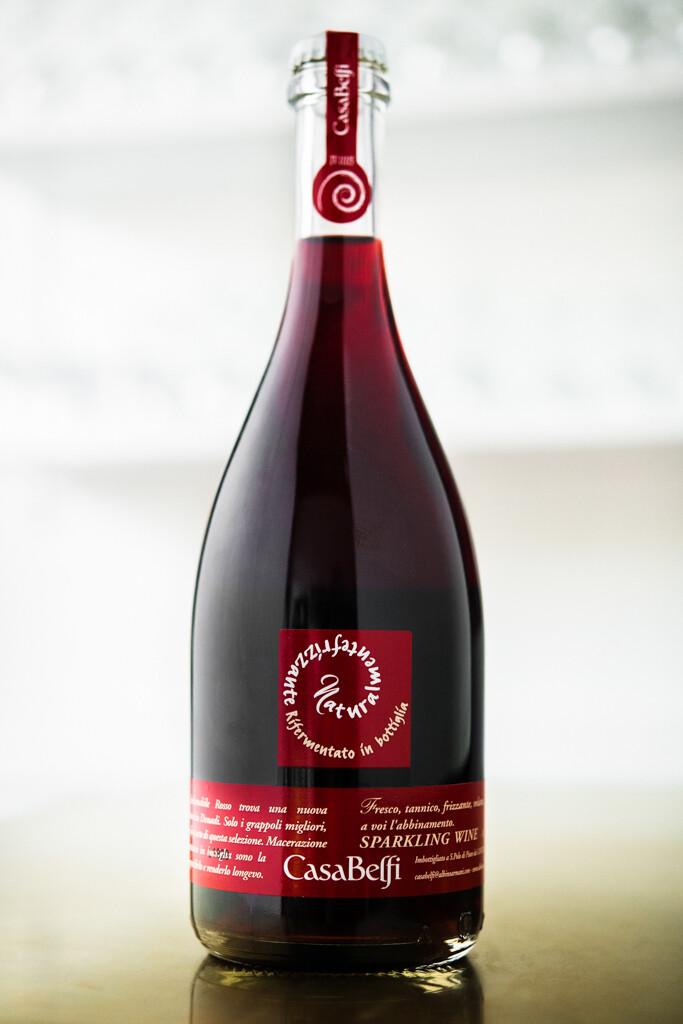 The wines of Casa Belfi are produced in is San Polo di Piave, in the Province of Treviso just north of Venice. The project began when winemaker Maurizio Donadi and his wife met with the Albino Armani winery and planned a partnership. They are able to take advantage of the Albino Armani winery space and routes to market while having their own independent project focusing exclusively on a traditional style of Prosecco that hasn’t been seen for decades. These wines are made without any additions at all from healthy vineyards, the same wine Prosecco was made in the 1800s and before.

The wines are made in an ancient method called Col Fondo, which translates to “with the bottom” meaning that the sediment or lees are still present in the bottle. In contrast to mass market Proseccos these wines are bone dry, cloudy and yeasty. The sediment at the bottom (which would be removed in other sparkling wines like Champagne) is left in the bottle intentionally to add depth and complexity to the wine. You’ll find these wines slightly less sparkling than other Proseccos as well which are made in completely different way. These are old school Italian Pet Nats.

The vast majority of Prosecco is made in the Charmat Method where a secondary fermentation (the bubbly part) happens in large pressurized stainless steel tanks called Autoclaves. The method was invented in 1895 and the autoclaves were patented and put into production by 1910. The Casa Belfi wines are celebrating a way Prosecco was made before the invention of this technique and drinking them takes us back to how Prosecco used to be drunk.

The Casa Belfi vineyards are farmed Biodynamically and are certified organic and biodynamic by Suolo e Salute and Demeter. The white is made from 100% Glera, the traditional Prosecco variety, and the reds from Raboso Piave, another indigenous grape. Grapes are handpicked and brought into the winery before being gently pressed into stainless steel. Fermentation is with wild yeasts and if the tanks need to be cooled this is done with local well water, not modern temperature control. When Spring arrives the Prosecco is bottled and stored for the last few months of fermentation, which finishes in the bottle and results in some sediment which is not removed.

The dead yeasts (lees) rest in the bottom of the bottle and once disturbed and mixed into the wine can change the taste. Some say you can enjoy the first few glasses in their clear state as an aperitif and as the bottle empties and the glasses become more cloudy (and the wine richer) you can move onto heartier food. We think the wines are so drinkable you won’t make it fast the first course. Mix the whole bottle up before opening. Enjoy.