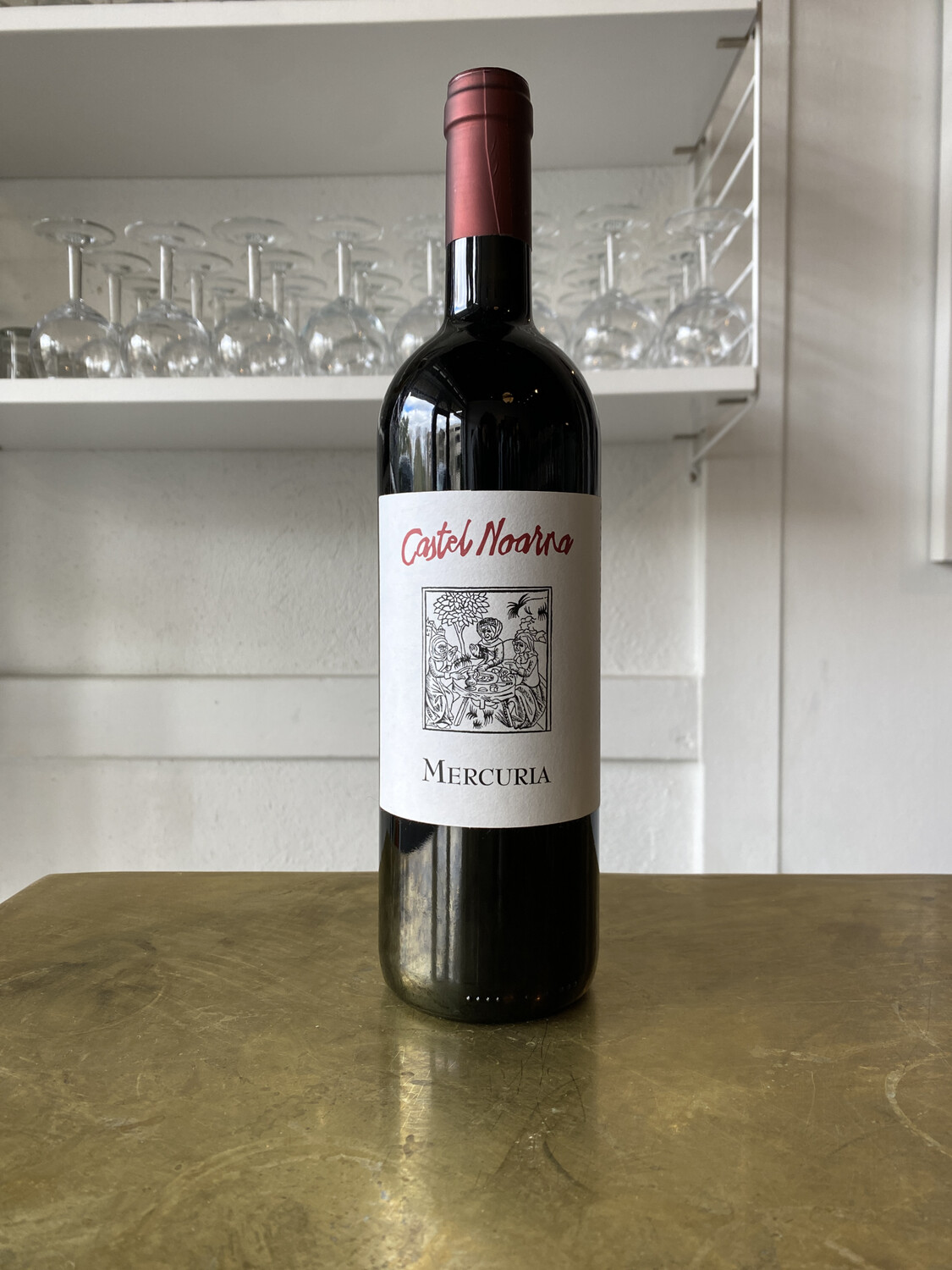 Mercuria is a Cabernet Sauvignon/Merlot blend. Not the modern wine the blend might suggest, this is a serious steak wine: It has a crisp, firm spine and conveys all the minerality and seriousness of the terroir. A favorite food red.