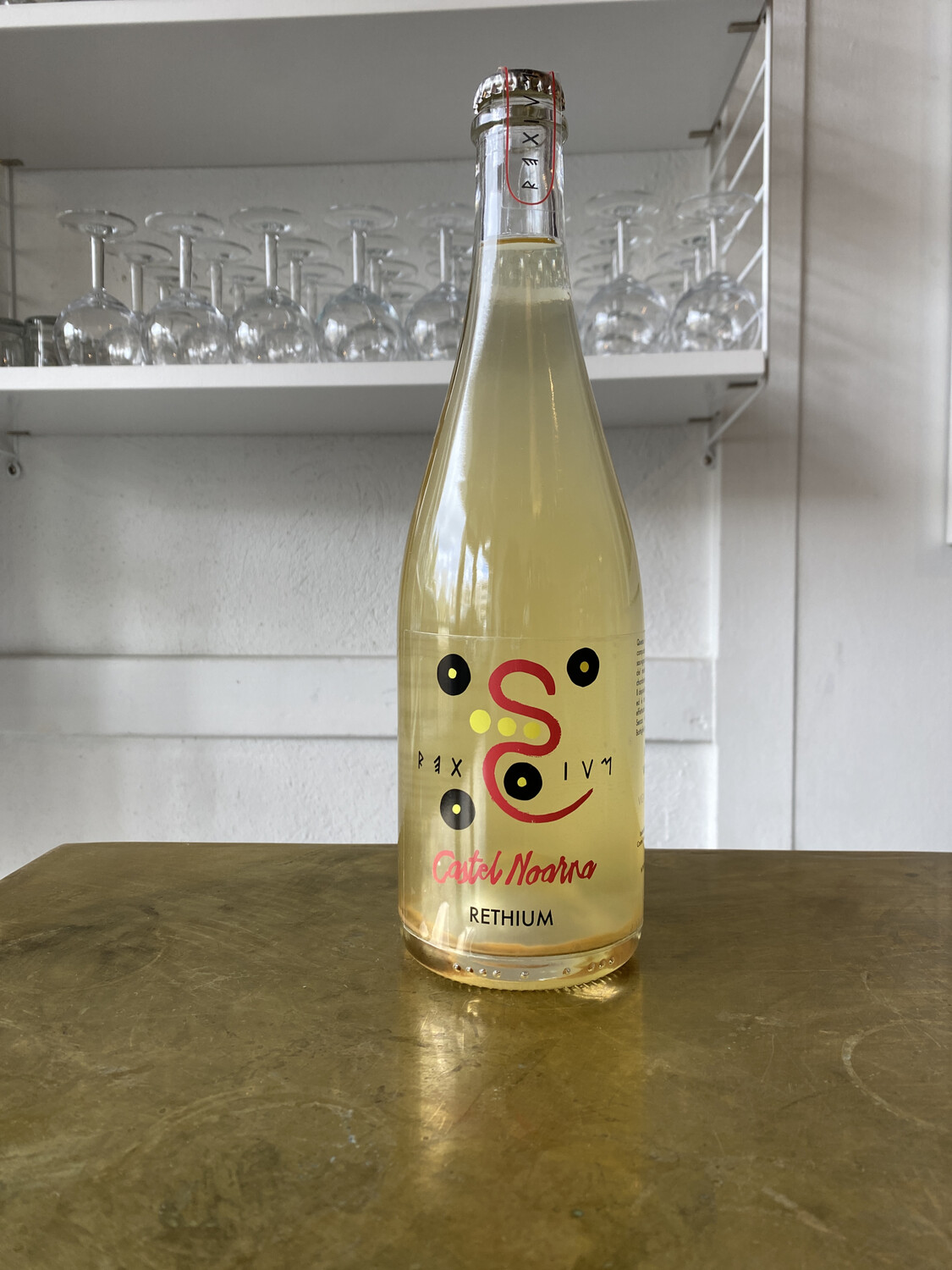 The Rethium is a sparkling white natural wine, refermented in the bottle composed of Nosiola, Chardonnay and Sauvignon blanc. It comes with its own bottled yeasts.