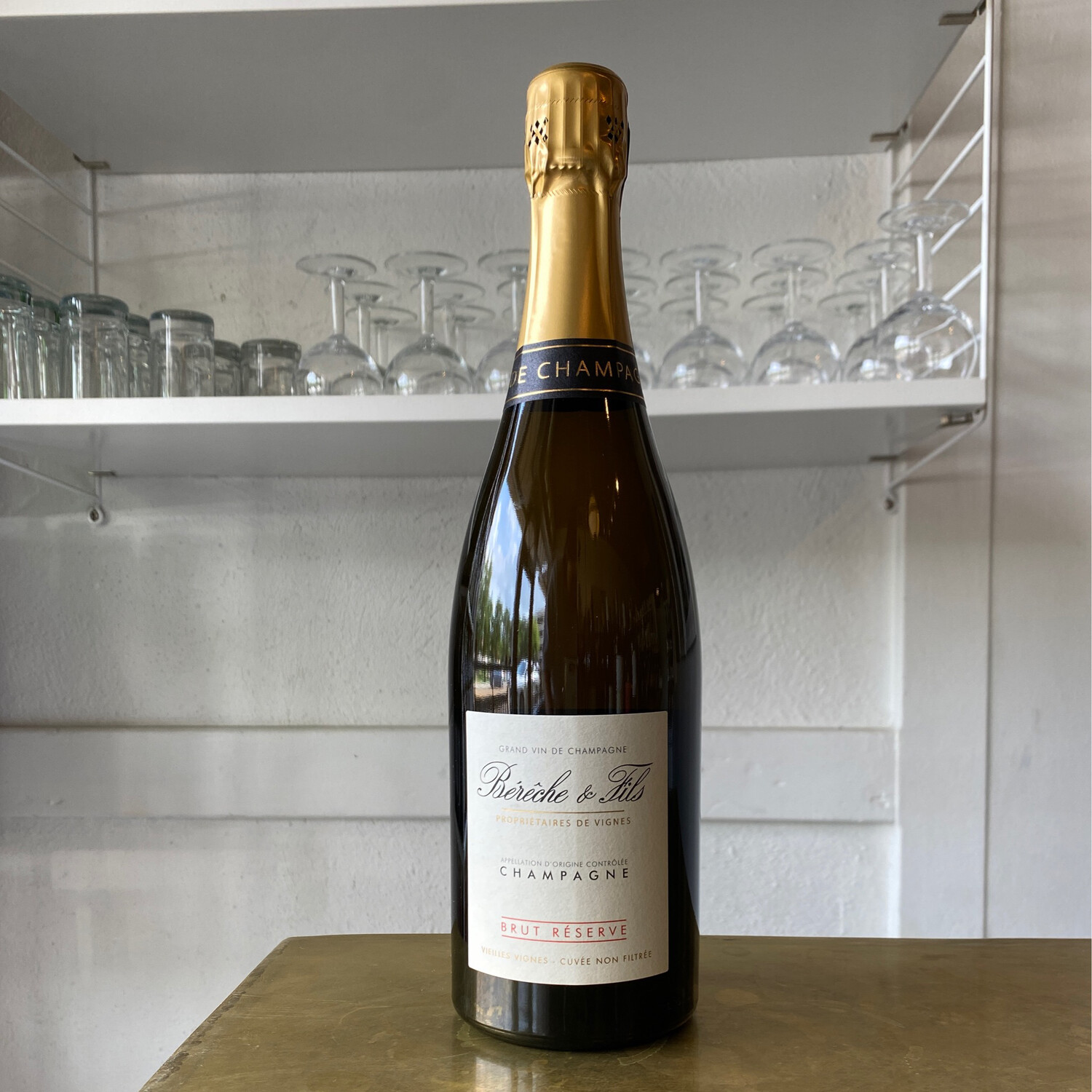 Tasting Notes: It has great energy and depth, and is on the dry end for a Brut without being austere. Dried pear, hazelnut, spice and dried flowers build into the voluptuous, resonant finish.

The Bérêche estate began to elaborate Champagne wines as early as in 1847. However, until 1950 the production remained insignificant and was based on the sole Ludes vineyard covering 2.5 hectares. At that time, the estate was run by Léon and Albert Bérêche.

In the 1950s, their grandfather Pierre Bérêche got married to Solange, who was native to Ormes, a village situated to the south-west of Reims. The estate greatly expanded, as well as the blending of the cuvees. The estate had then a total of 5 hectares of vines, and part of the harvest was sold to bigger companies.

Their father Jean-Pierre began to work at the estate in early 1970, and was soon followed by his wife Catherine in 1979. In time, they decided to stop working with big wine trading businesses, instead favoring the family aspect. In the late 1970s, the production soared by 30,000 bottles. In the mid 1990s, it reached 85,000 bottles due to the acquisition of 3 hectares of vines located in the Vallée de la Marne.

Brothers Raphael and Vincent have revitalized this estate. The family vineyards are spread across the Vallée de la Marne, and the Montagne de Reims but number less than 9 hectares. Despite that, a full time staff of 10 tends to the plots with full organic and biodynamic methodology.

Each parcel of vines is vinified and aged separately in barrel with its ambient yeasts. Raphaël and Vincent make certain that the wines do not go through malolactic to balance their richness and depth with bright acidity. And aging en tirage is under cork for the enhanced development of character and aromatic complexity that this brings to the wines. Finally, each bottle is disgorged by hand and minimally dosed to preserve the purity of its expression.