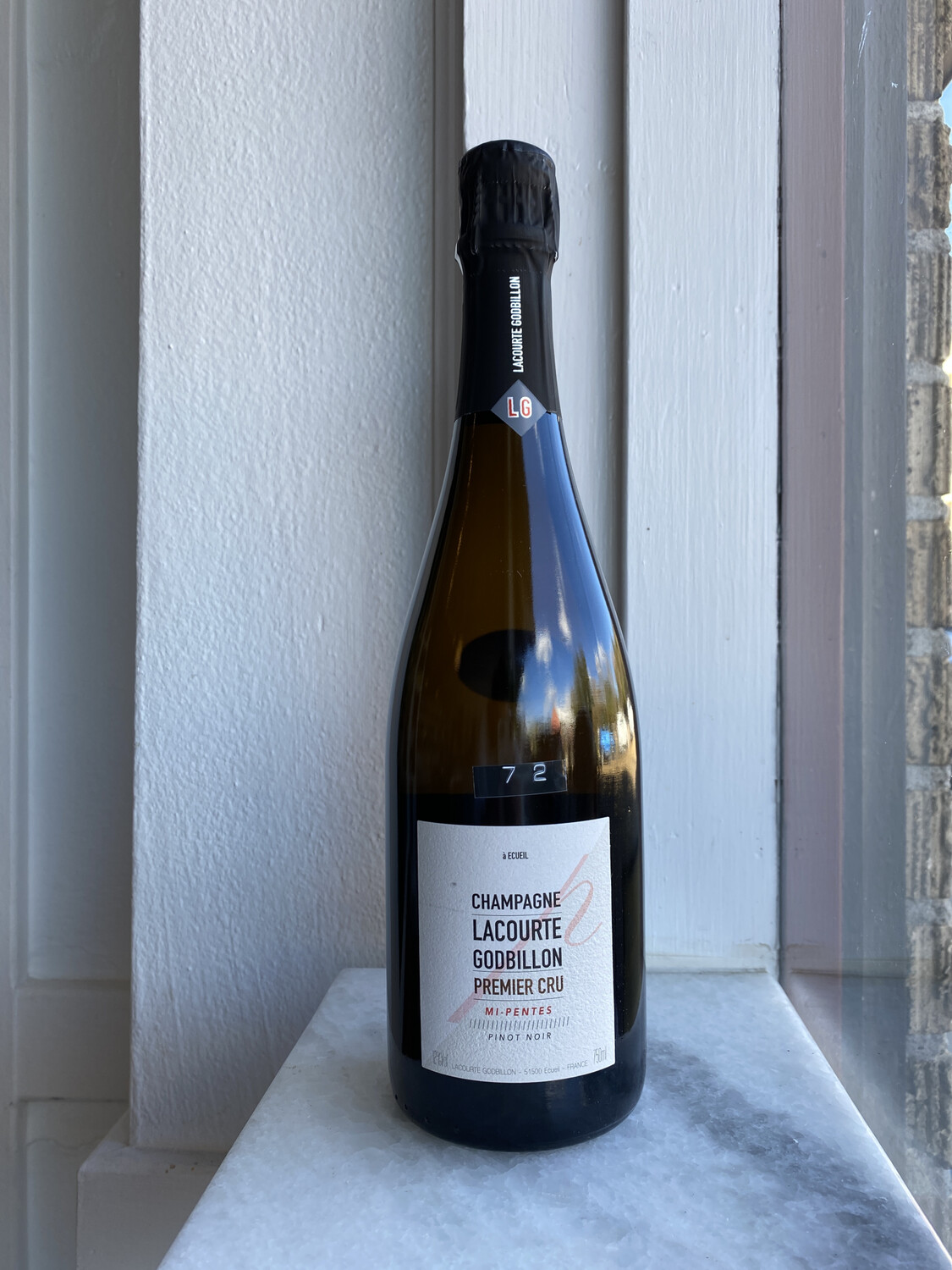 Resting time in our cellars: minimum 36 months on lies
and 4 months after disgorgement

Ageing potential: This bottle can be easely be aged 5 years in your cellar
Wholly expressive of Ecueil!

The Lacourtes and the Godbillons began by growing grapes. Just like the generations before them, they sold all their crop to the big and famous champagne houses.

Was it a passion? Maybe... but more than anything else it was sheer hard work. They were often in the vineyards from 5 in the morning until 8 at night! And the children would join them to help after school.

A reason for living? Most probably... With the ultimate objective being the honor of buying a plot of vines as soon as they were able to.

In 1947, shortly after returning from the war, they began a new adventure: producing and marketing champagne under the names LACOURTE-LABASSE and GODBILLON-MARIE. They were soon filling their customers' car boots with bulk orders!

They gradually set up their business and established the LACOURTE-GODBILLON brand.