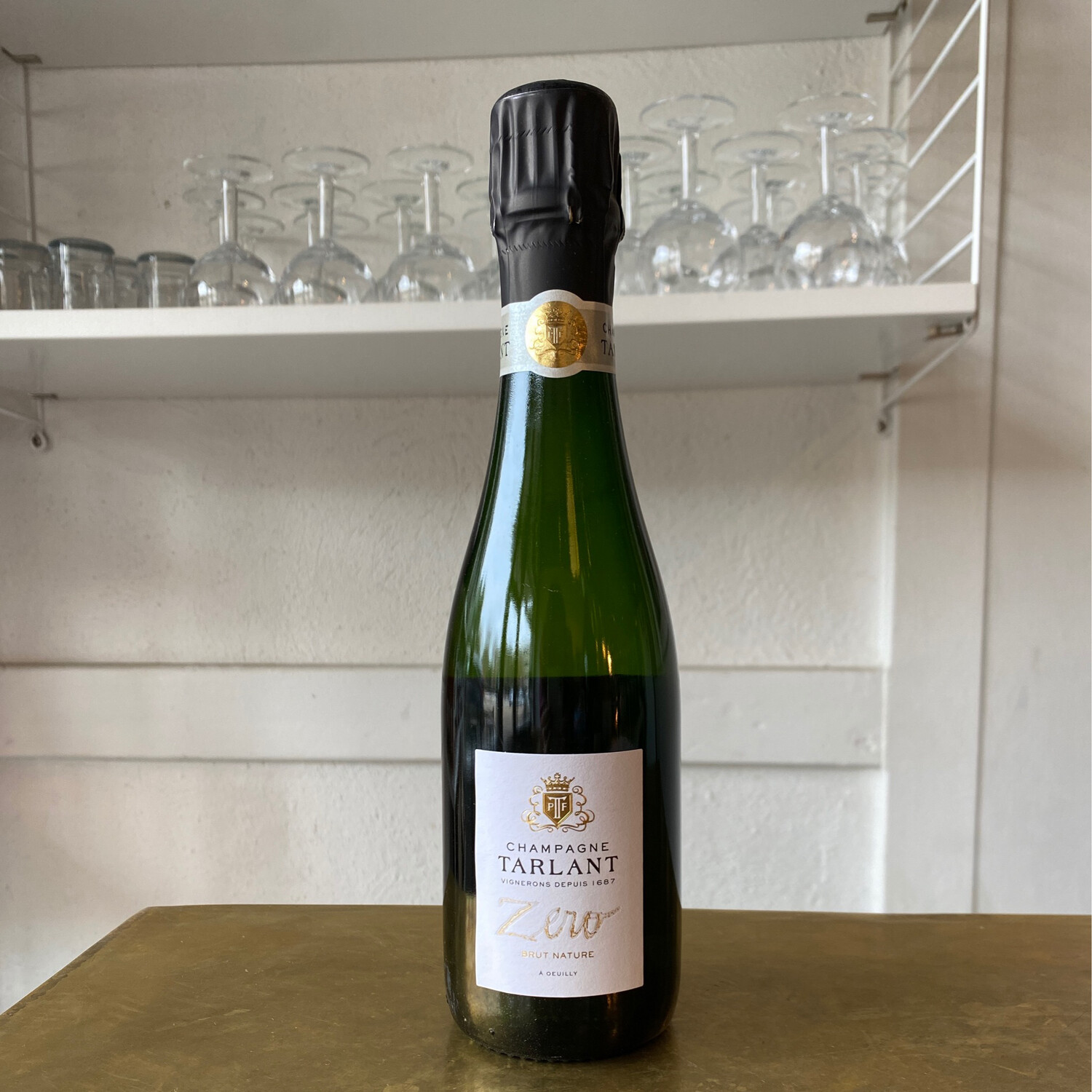 The big particularity of the Tarlant Champagnes, a tradition started by Benoît's father Jean-Mary in the late 70's, is that -with the exception of some of their single vineyard wines- the vast majority of the production (80%) is bottled without dosage. While the idea of Brut Nature Champagne has slowly but surely gained momentum since the early 2000's, this was unheard of at the time. Still Jean-Mary stuck to his guns and over time this has defined the Tarlant style. In such, the house's entry level cuvées sport a Zéro labeling to them: the base Zéro is the Tarlant's calling card, and consists of a non vintage, no dosage wine made equal parts Pinot Noir, Meunier and Chardonnay.

In 1687, Pierre Tarlant began cultivating his first vineyards in Aisne. The family stayed put for almost 100 years before moving to the village of Oeuilly in 1780. At the turn of the 20th century, Louis Tarlant took over as head vigneron. His tenure would prove instrumental to shaping the Tarlant legacy, principally due to his involvement as mayor of Oeuilly in the rarely discussed Champagne Revolution, a tumultous movement that you have probably never heard of.

By the early twentieth century, it had become increasingly common for the big Champagne houses, who even then had a strong-hold on the commercialisation of Champagne, to bring in fruit from all over France and even different countries (the farthest being Portugal!), then vinifying and selling the wine as Champagne. When this became common knowledge amongst growers in the region, many were infuriated that such practices could be happening right under their noses. Through rigorous organisation, many villages managed to block off the points of entry of outside fruit, and well as skillfully organizing themselves to codify the Champagne region. As a result, Louis helped achieve
worldwide recognition of the AOC in 1911 and contributed to the establishment of the AOC Champagne region in 1927.

In the aftermath of these events, Louis swore never to sell a single grape to big houses again, making Champagne Tarlant one of the first independent estates the region (less than 10 existed at the time). Fast forward to today, and head vigneron Benoît Tarlant is the 12th generation working the land under his family name. Benoît is the real deal: his great understanding and respect of history, tradition and nature, coupled with his experimental, forward thinking tendencies have been the driving force of some truly next level, terroir-centric Champagnes. With his sister Mélanie joining the family business in 2003, things are more than ever a family affair.

The estate consists of 14 hectares of vines spread far and wide over 55 parcels of Pinot Noir (50%), Chardonnay (30%) and Pinot Meunier (20%). Small amounts of Champagne's "forgotten"grapes" -Pinot Blanc, Arbanne and Petit Meslier- are also planted. In the vines, chemicals are never used and biodiversity is prioritized. Because of the Marne's extremely diverse terroirs, Benoit adapts his viticultural approach parcel by parcel, using the soil, grape and micro-climate to guide him. 12 generations of know-how doesn't hurt either!