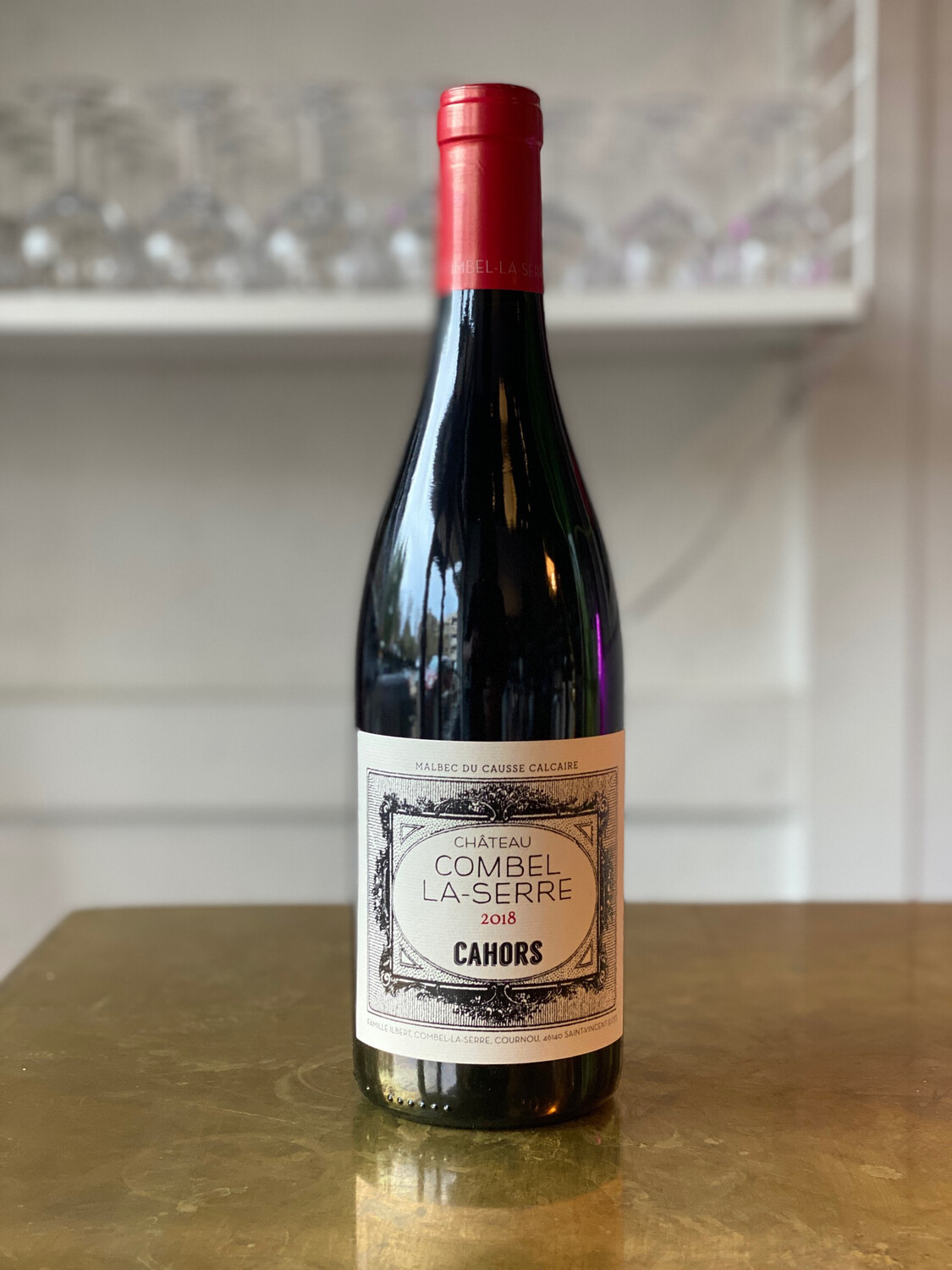 The fruit for the "Château" bottling comes from estate plots totaling 5 hectares and averaging 40 years old. Combel's vines are all on soils are rich in limestone--typical of the Causse Calcaire, a limestone plateau of around 320 meters in elevation--but with a higher concentration of red clay and rocks compared to the soils for the entry-level "Pur Fruit" bottling. The farming is certified-organic and in conversion to biodynamics. the yield is kept to 35-40 hl/ha. The bunches are hand-harvested and mainly destemmed but with up to 20% directly pressed as whole clusters. The juice ferments at cool temperatures with indigenous yeasts in cement tanks with around 20 days of maceration. The wine is aged in a combination of 225-liter and 500-liter French oak barrels as well as a 50-hectoliter tronconique cask for about a year; bottling is without fining or filtering. Sulfur is minimally applied after harvest and before bottling.

Julien Ilbert is a young, charismatic vigneron with a fresh perspective on his native Cahors. Vines have been in the Ilbert family for generations, though grapes had always been sold to the local cave coopérative. In 1998, Julien decided to break off and start his own estate. Things didn't exactly go according to plan, and a chance meeting with Mathieu Cosse at a rugby match quickly led to a seven year relationship, with Julien being Mathieu's main source for high quality Auxerrois (aka Malbec, aka Côt).

After an amicable split in 2005, Julien was back on track to producing his own wines: Château Combel-la-Serre was born. 25 hectares of Auxerrois are planted on a diverse amount of terroirs, all within 5 kilometers of the cellar. Though a Cahors wine only needs to be 70% Auxerrois to get the appellation, Julien believes it is the only grape suitable for what he's trying to accomplish. In such he has consciously avoided planting the traditional Negrette and Tannat and completely eschewed the more recent trend of planting Bordeaux varietals.

The estate is certified organic as of the 2015 vintage, but chemicals have not touched the vineyards for quite some time. Everything was conventionally farmed from the advent of such technology, but the death of Julien's grandfather from Parkinsons deeply affected the family's agricultural philosophy. Convinced that the chemicals he'd openly exposed himself day in and day out were at the root of his illness (on top of the vines, an additional 40 hectares of cereals were worked by the family at the time), the Ilbert stopped using these products on their land.