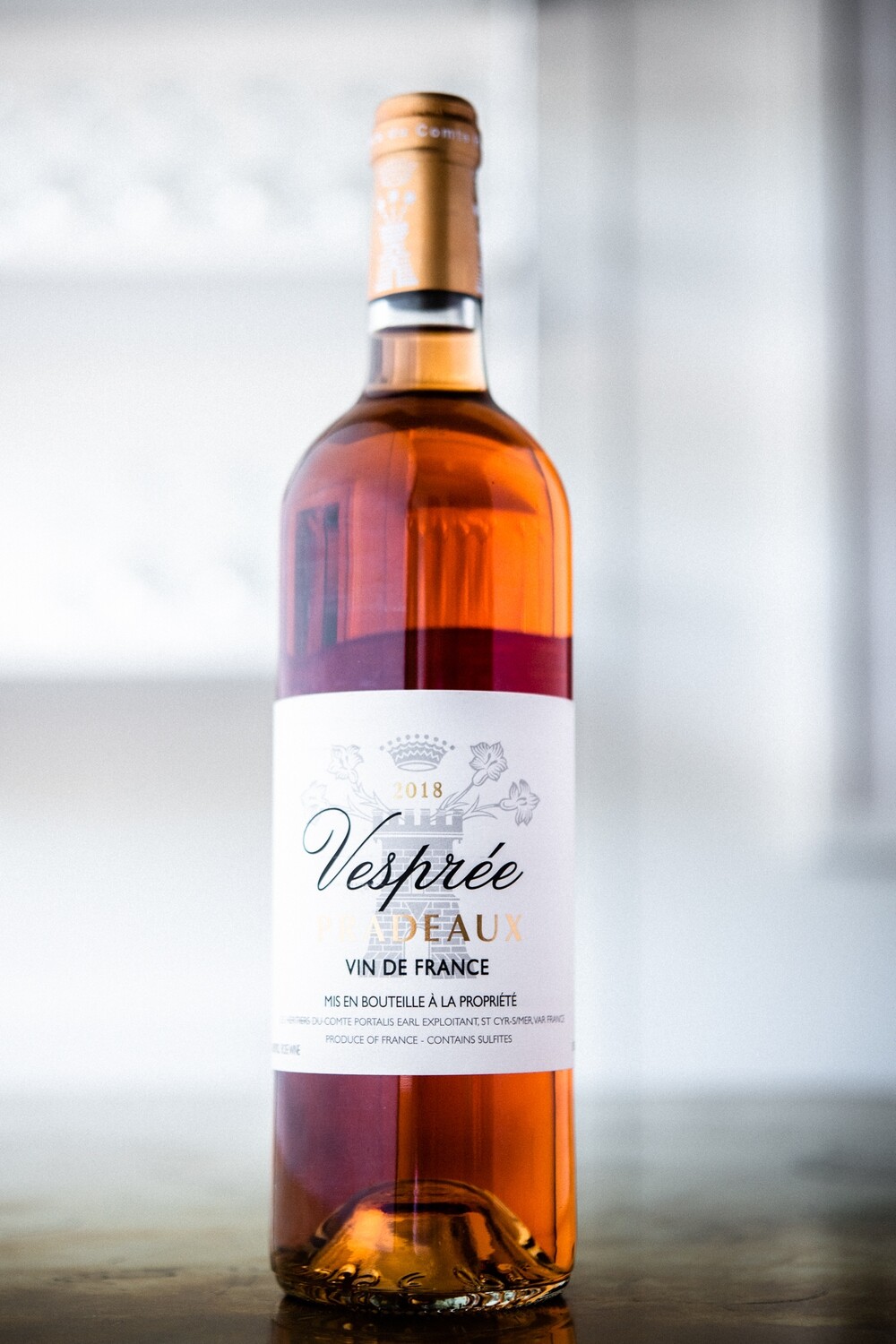 Vespree meaning evening in Provençal and Occitan, presents a full, swaggering nose of quince paste, white pepper, and coarse-ground Indian spices, and the big, richly textured palate possesses a structural tension that heavily underlines its potential for aging—though it is fresh, tense, and very delicious right in its youth.

During the second world war, Arlette Portalis and her mother named Suzanne came to restore the domain which had been destroyed.

Helped by the « Baron Leroy », the founder of INAO, they set off on the Bandol and mourvedre adventure.

Cyrille is the only descendant and, with the land, Arlette has also transmitted him her passion of Bandol.

Since 1985, he is the only winemaker at Château Pradeaux, the bard of the authentic work of the vineyard, the heir of the passion of mourvedre and its patient maturing in oak casks.

In his turn he passes on the virus of the mourvedre to his sons Etienne and Edouard.

Edouard already works with him and Etienne finishes his training as an engineer to come to strengthen the team.

The family adventure goes on, the Château Pradeaux continues to fascinate the current descendant of the Portalis.