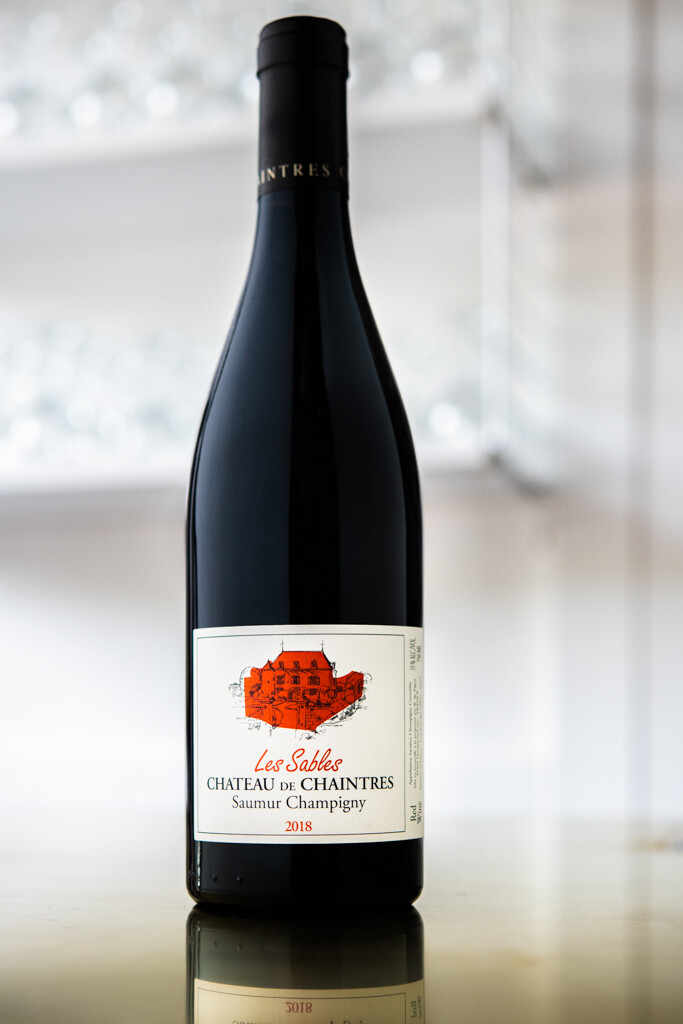 2018 Saumur-Champigny “Les Sables”: “Les Sables” is the estate’s primary cuvée of Cabernet Franc, with the oldest vines going to the “Vieilles Vignes” bottling below. Grapes are harvested by hand and entirely de-stemmed; fermentation takes place in stainless steel and occurs spontaneously; and extraction is obtained primarily via remontage during a 10-to-12-day maceration. As with the Chenin Blanc, sulfur dioxide is applied only at bottling and only minimally. The 2018 is remarkably fresh, with fully ripe, snappy red fruits and beautifully integrated tannins—a testament to this appellation’s capacity for producing elegant Cabernet Franc. This wine epitomizes a favorite descriptive term of Jean-Philippe’s old colleague Philippe Gilbert: “digeste”—meaning, literally, “digestible,” but with a strong connotation of appetizing harmony. It’s the kind of wine that just feels good to consume.

The Château de Chaintres is a 17th century nobleman's manor of great charm, situated between the Château de Saumur and the Abbey of Fontevraud on the well known "Route du Vin".

Weathered by the centuries, the Château, surrounded by its vineyards and its white limestone walls (its famous"clos"), sits in a calm setting of gardens and trees.

Composed of approximately 50 acres of vineyards, this famous "Clos" is unique in this appellation.

It was chosen by the Oratorien monks in the 17th century because of its exceptional terroir and exposure.

Since 1938, The de Tigny family, franco-american owners for the last three generations, is dedicated to producing a delicate and unique Saumur Champigny. Colleen Ireland de Tigny, originally from Birmingham Alabama, married Charles Henri Balouzet de Tigny. After losing her husband in World War II in 1942, she decided to rebuild the business and hired the "vignerons" from the surrounding villages.

20 years later it passed on to her son Gaël Balouzet de Tigny, married to an American from Boston. Gaël de Tigny has been leading the success of the Chateau and the Saumur Champigny for the last 40 years before transmitting his knowledge to his children.

Since 2012, Elisabeth de Tigny Mourot, General Manager and part owner of the vineyard, is committed to developing a combination of tradition and modernity in order to continue producing quality wines. After being one of the first vineyard to adopt organic and ecological cultivation in 2004, it has turned to organic certified agriculture since 2010.

From the organic cultivation of the vines, exclusively hand-picked harvest, maturing in limestone cellars or oak casks, and finishing with on-site Château bottling, the Château de Chaintres has kept a strong family spirit in the elaboration of quality wines.

All of thier wines are now certified organic since the 2013 vintage.