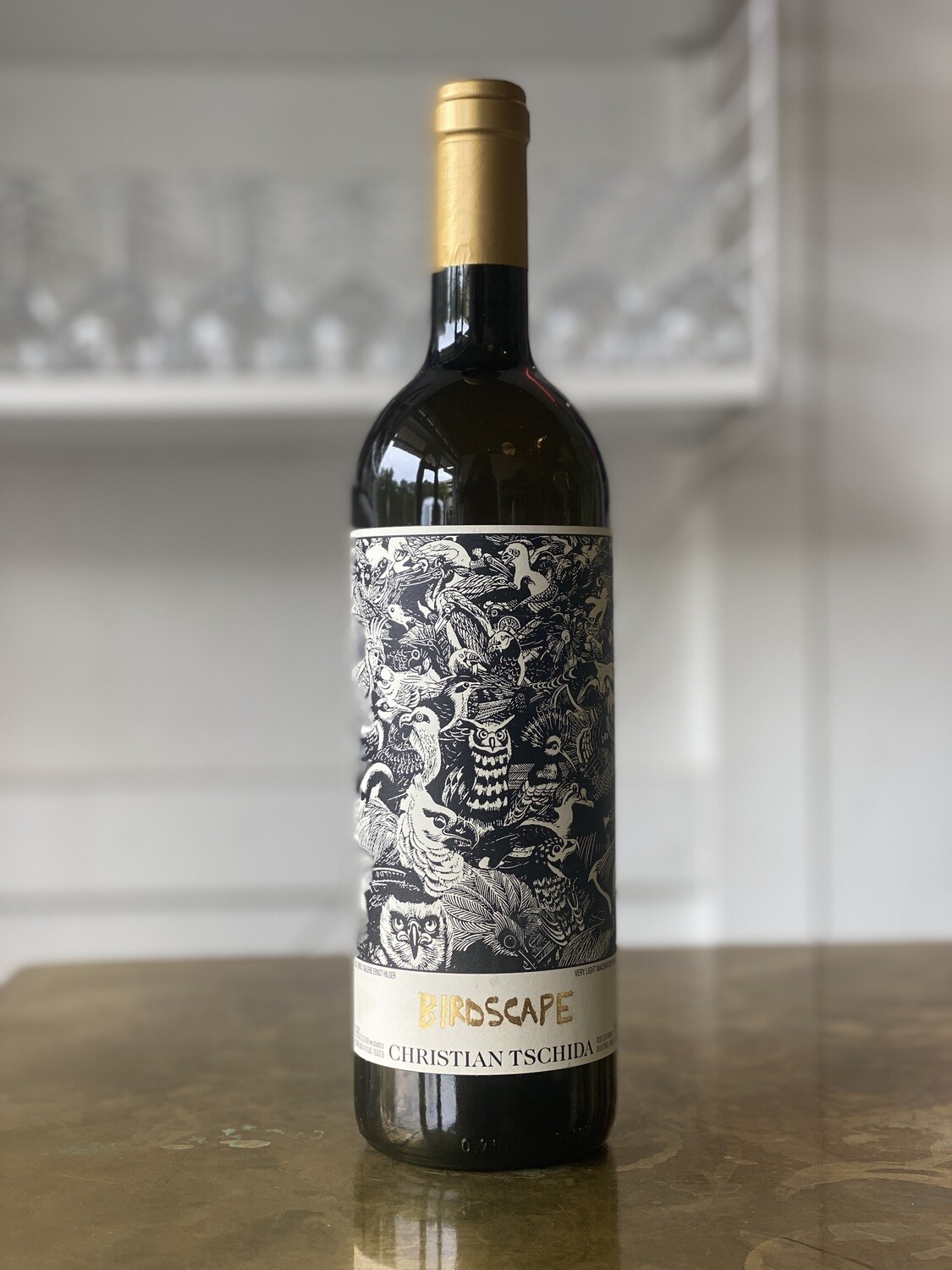 A year after the red original won everybody’s heart, Christian’s flock of lit Burgenland birds arrives also in white – or rather orange? Label art by Erró.

Making of: the grapes are hand-picked. The Gruner gets a short maceration, gently pressed and then blended with directly-pressed white field blend. Aged in large wooden vats for about a year. Bottled unfined and unfiltered, zero sulfur added.

Personality: incredibly fresh and pure, with laser-sharp acidity that will keep you going during an ongoing debate whether it’s white, orange, or who cares when it’s this good?

Christian Tschida (pronounced like cheetah) has the great fortune to cultivate 10 hectares of old vines that have been in his family for 4 generations, since the 19th century. The winery is located in the Neusiedler See part of Burgenland, the eastern most point of Austria, more traditionally known for red and sweet wine production. The vineyards consist of sandy gravel, schist and limestone, and all enjoy a moderating influence from the extremely large and nearby Lake Neusiedler. Christian takes a hands off approach to winemaking, and the wines spend a great deal of time in barrel in contact with oxygen, some for as many as 5 years before bottling. Christian ferments all of his wines in closed top tanks that sit in the shade outside, in which the grapes are foot stomped, and then the juice is moved inside to barrel for aging. Many of the wines receive zero sulfur additions, except some of the reds, which Christian feels benefit from a small dose of sulfur at bottling.