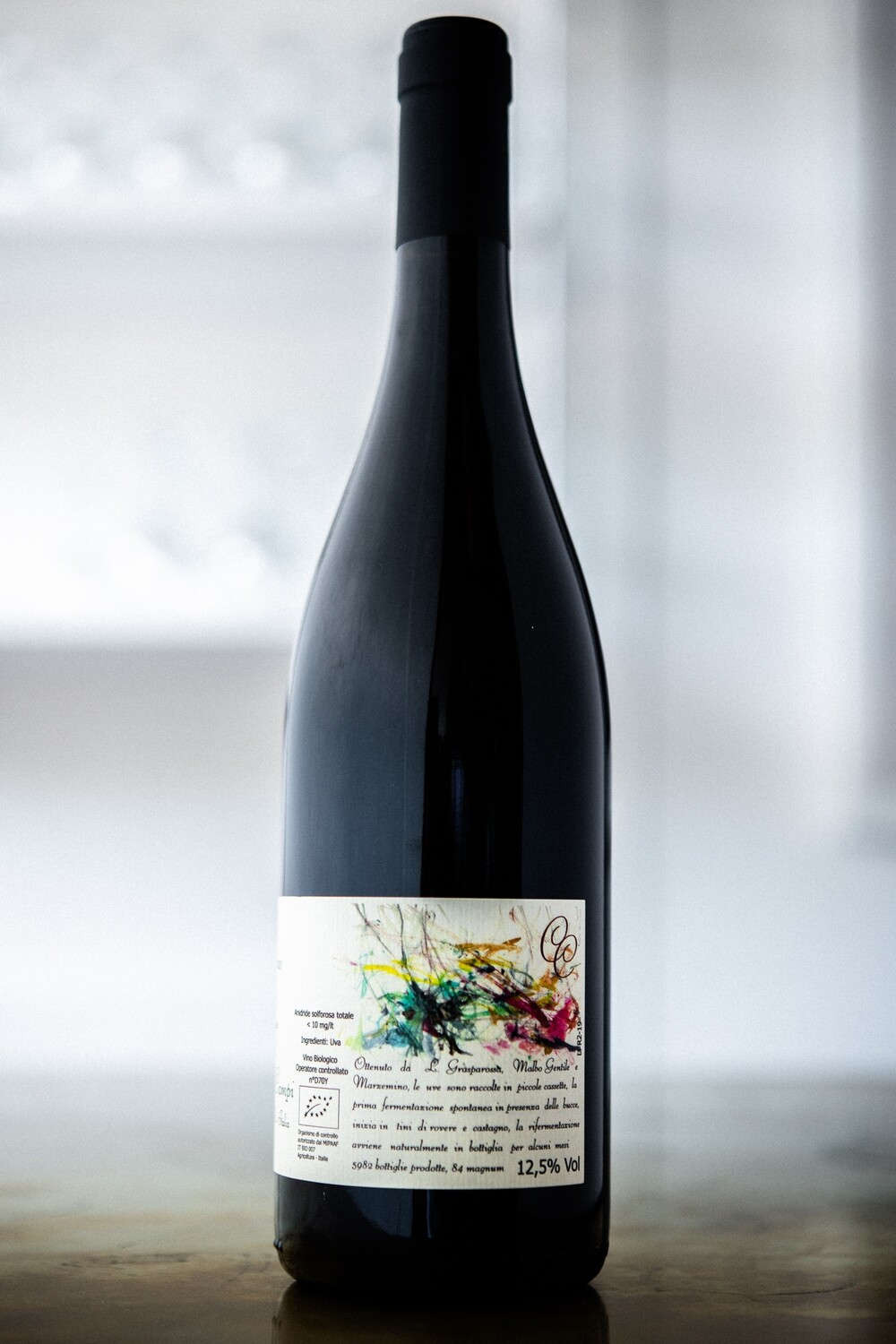 Vinification Method: Grapes are hand harvested and destemmed, and primary fermentation takes place in a stainless steel tank. After about 6 months the wine is transferred to bottle for secondary fermentation. The wine is disgorged, unfiltered and unfined, and zero sulfur is added.

Cinque Campi, which means five fields, is a reference to the five original vineyards this project started with. Vanni Nizzoli’s family has been making wine in this location for over 200 years now. In the beginning they made the wine just for themselves, and then in 1980 they began to produce wine in glass demijohn for local people to purchase. In 2003, they began to officially bottle the wines and sell them. Vanni works all the parcels organically and works with very small concrete tanks to keep fermentations cool. He always does an early pick of some grapes likes moscato, which he begins fermenting as an insurance policy against stuck fermentations. If that starter fermentation progresses well, he will add a little bit of that must to every ferment to help jump-start the other fermentations. The fermentations finish in concrete tank and sit over the cool winter to do a sort of natural cold stabilization. He then adds some chilled must he keeps in a special refrigerator from the same vintage to the wine for the secondary fermentation in bottle. Vanni adds no sulfur to any of the wines, and disgorges every bottle.