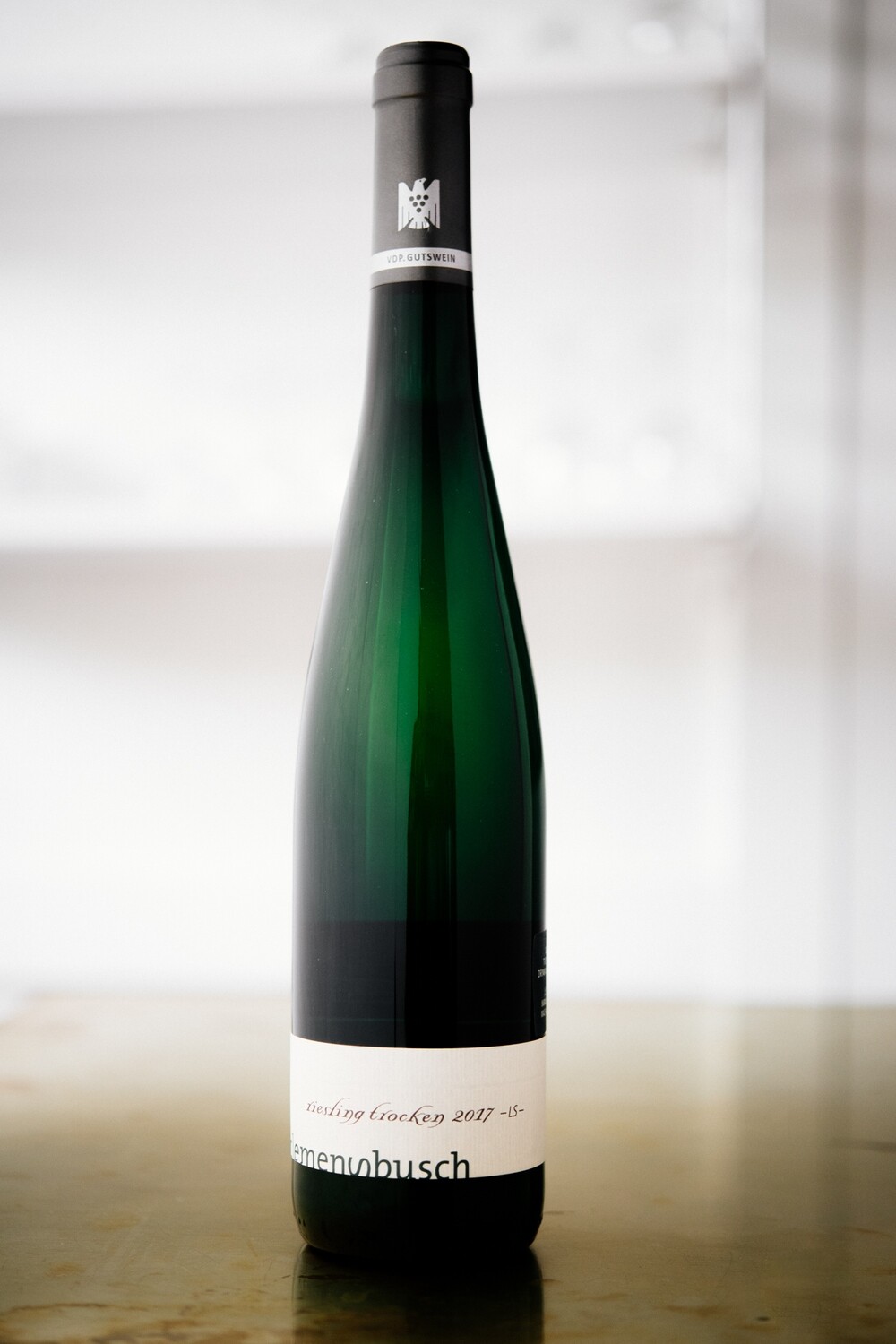 The dry wines are rich, complex and immediately impressive. They also age very beautifully, gaining in complexity and texture. There are not a lot of committed “natural” winemakers in Germany in the sense that we know it from France and elsewhere; Busch is considered by many to be the master interpreter of that philosophy in Germany.

Since taking over his family winery in 1984, Clemens Busch and his wife Rita have shaped it into one of the most iconoclastic estates in the Mosel. A firm believer that natural practices in the vines and cellar lead to to the ultimate expression of terroir, Clemens exemplifies the balance between tradition and forward thinking we so look forward to when seeking out new producers.

The majority of Clemens's production is grown on the extremely steep Pündericher Marienburg, a 25 hectare vineyard that spans and entire hillside facing the village of Pünderich. Exposed full South/Southwest and right on the edge of the river, it is widely considered amongst the very best sites in the Mosel. 16 of the Clemens' hectares are here, with only 2 hectares originally inherited from his father.

As more and more of his neighbors abandoned the great vineyards of the Marienburg throughout the 80's to plant Pinot Noir in the plains (which could be worked mechanically and was in much higher demand at the time), Clemens capitalized on their eagerness to sell at low prices. In due time, he managed to acquire monopoles of many of the Marienburg's different terroirs, sometimes going as far as buying neighboring parcels from 11 different owners!

The lieu-dit Marienburg was originally a much smaller, individual parcel that shared the hill with many other vineyards, all with their own names and attributes. In 1971, a law hoping to unify the identity of the area's varied terroirs declared that the entire hill be re-named Marienburg. This decision never sat well with Clemens; as the fifth generation working this land, he knew that these vineyards featured different soils compositions and micro-climactic variables influenced by fissures, vineyard walls, the inclination of slope and exposure. In such, Clemens vinifies and bottles his wines based on the original vineyard names.

Rothenpfad is all red slate, a true rarity in the Mosel. Prior to 2006, most of this hard to reach area was overgrown. A land consolidation permitted Clemens to replant and save some old vines. Today, about an hectare is grown.

Farhlay is the only part of the hill dominated by blue slate. The soil is particularly rocky, so the vines must dig deep to find their nutrition here, resulting in a mineral style.

Falkenlay is defined by grey slate, and located between Rothpfad and Farhlay. Considered by some to be the finest site on the Marienburg, it provides the best grapes for noble sweet wines. A special selection of the best grapes from the old vines of this vineyard are bottled under the name Raffes.

Finally, Felsterrasse is a tiny terraced parcel and Clemens' favorite. The soils are composed of thick gray slate, and are particularly hard to work.

80% of the wines are fermented and aged in very old 1000l barrels; the youngest are 48 years old, and many were built by Rita's father. Nothing is ever added to the wine, save a low dose of sulfur at bottling. The wines are never fined. For the sweet and noble sweet wines, Clemens prefers halting the fermentation with a deep freeze followed by a filtration, allowing him to drastically reduce sulfur, which again is only added at bottling.

Pay attention to the capsules on the different bottlings, as their color (red, grey, blue) indicate the soil type of each vineyard.