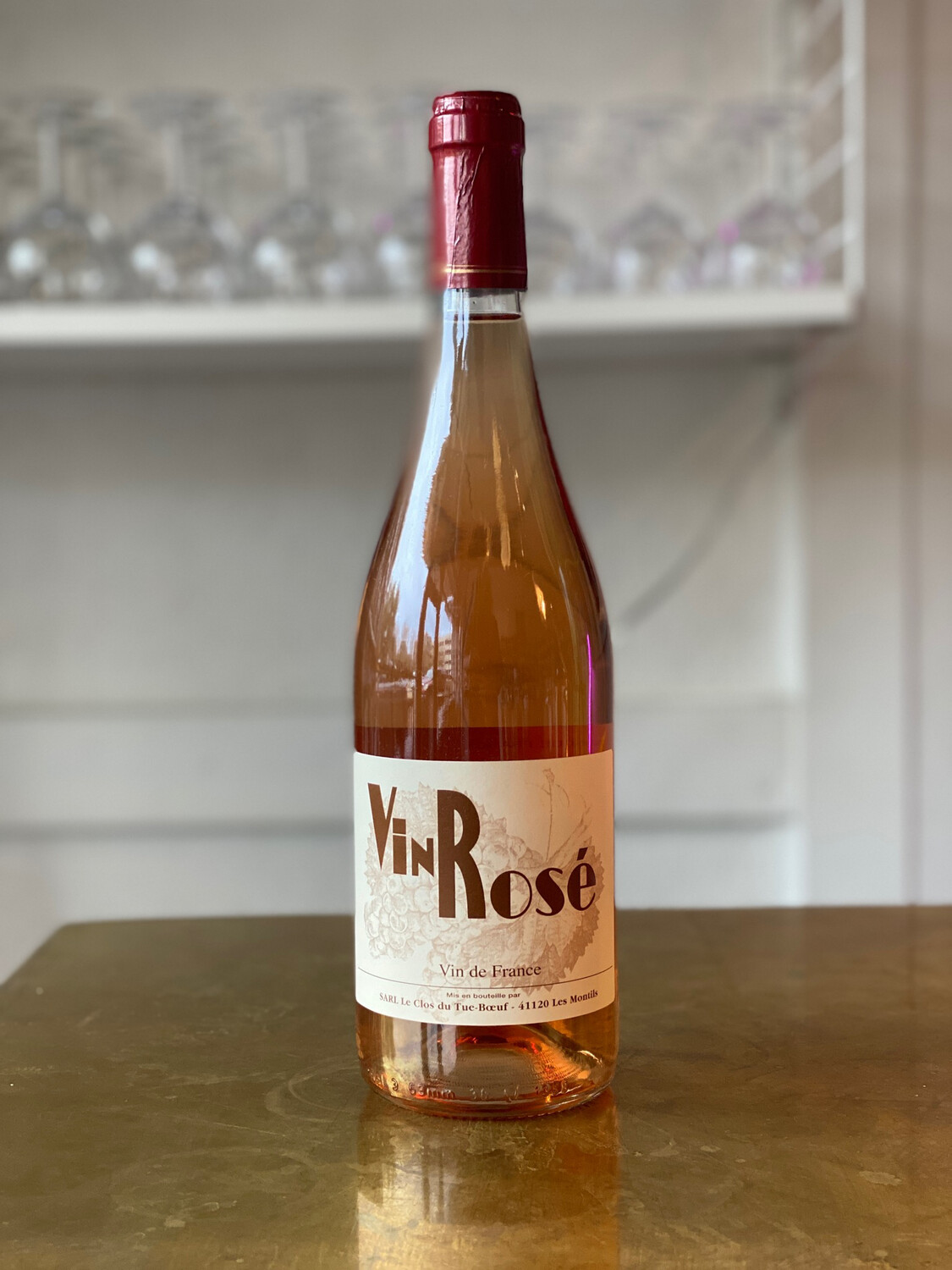 The blend changes each year but tends to be Gamay dominant. Thierry sources and hand harvestsorganically farmed fruit from his neighbors in the Cher valley of the Tourine.

The old school labels are designed to capture the spirit of a quaffable table wine to drink young, but also to distinguish it from the Clos du Tue-Boeuf estate bottlings.

Since the Middle Ages, there have been records about the lieu-dit “le Tue-Boeuf” and its excellent wines which were enjoyed by the local nobility and the kings of France; the family name Puzelat is mentioned in 15th century documents. History, though, is not the story here. It’s about two brothers, Jean-Marie and Thierry Puzelat, who tend their 10 hectare family estate in Les Montils (part of the Cheverny AOC) and rent four hectares in a village nearby to produce AOC Touraine.

The region, near the hunting grounds of Sologne, has always used a wide variety of grapes. Since the 1960’s, the Puzelats' father had been making his own selections of vines to replant, leaving his sons with vines of Sauvignon Blanc, Chenin Blanc, Chardonnay, Pinot Gris (since ripped out), Menu Pineau (or Orbois), Pinot Noir, Gamay, Cabernet Franc and Cot (or Malbec). A visit to their cellar feels like a "Tour de France" of varietals, each wine with its distinct personality, lovely label and wonderful name. Some cuvees are so small that there is never enough to go around.

Jean-Marie was joined on the estate by his younger brother Thierry in the early 90’s and they began converting their vines to organic viticulture. When the Cheverny AOC was created with the 1993 vintage, some varietals became outlawed from the blends, and the brothers started a yearly struggle to get their wines accepted under the new appellation (it bears to mention that they were also in their earliest stages of experimenting with sulfur free winemaking).