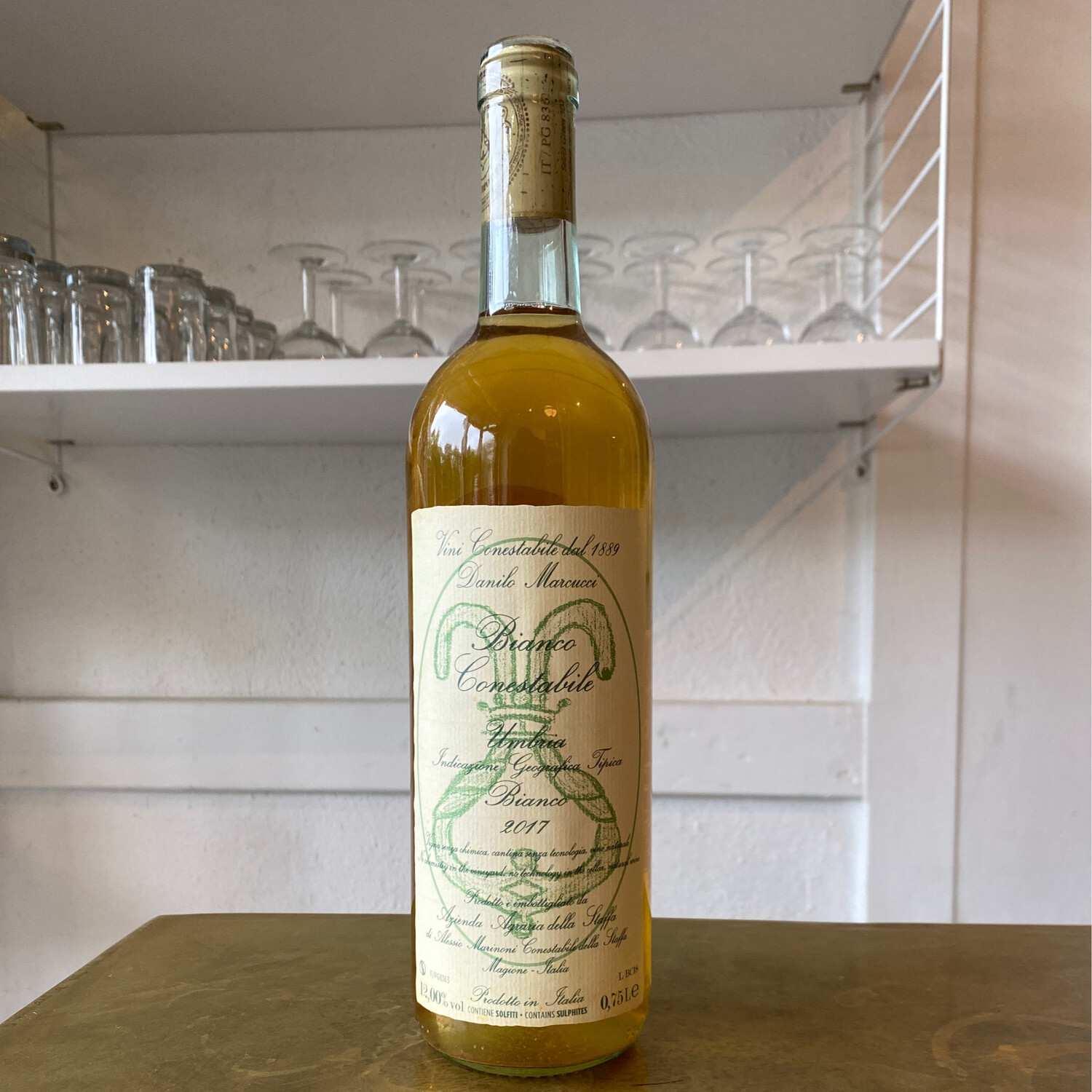 The history of the wines of Conestabile della Staffa is truly a window into the history of the Umbrian paradigm. Wine and culture collide under the guidance of master natural wine-whisperer, eno-artisan Danilo Marcucci. La Staffa is of his wife's family ancestry, this is made clear every time Danilo speaks of the property...he is merely a guest, married to the vines and his wife Alessandra's noble lineage.

The family history of Conestabile della Staffa is long and complicated, as one would expect for a noble family that dates back through the middle ages. The Conestabile families originated in Orvieto, the southwestern corner of Umbria just north of Rome. The Della Staffa family dates back to antiquity and is from Perugia, just several kilometers from the winery.

Today Conestabile della Staffa is literally being reborn, re-envisioned by the work of Danilo Marcucci. It's an undertaking of epic proportions. Over 12 hectares of vines, many of which have been in disrepair for over a decade, but were planted in the early 1970's. Luckily the land was never touched by chemicals.

The wines are made in the most natural way, adhering to methods that Danilo has learned over the course of 20+ years of winemaking and farming experience from some of Italy's great 'masters' (Lino Maga, Eduardo Valentini, Cappellano, Vittorio Mattioli and others). Native grapes (grechetto, trebbiano, ciliegiolo sangiovese, Gamay del Trasimeno, canaiolo, sagrantino) are the backbone of the property, a truly inspirational project with a bright future. No yeast, no chemical corrections, no sulfur. "No technology", as Danilo would say.