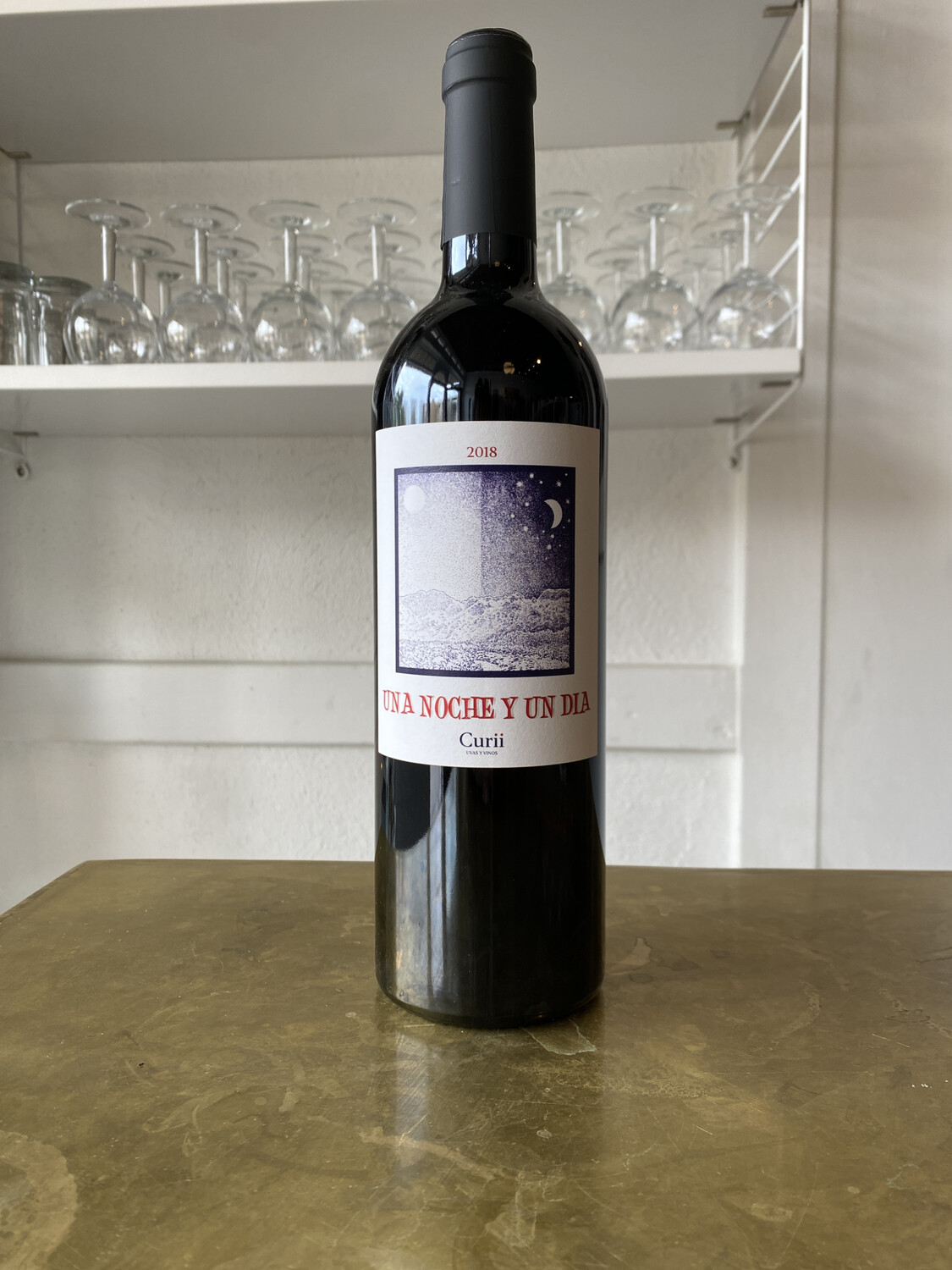 It is a fresh and vibrant vino tinto, true to its Mediterranean roots, with soil-driven and uplifted aromatics of citrus flowers, scrub brush, anise, blue and red fruits; the palate is medium-bodied and elegant in structure with a chalky sensation, spice, and aromatic fruit in the finish. Curii Tinto is 100% Giró from multiple plots in the Sierra de Bernia, harvested by hand, no de-stemmed and foot-trodden in open vats. Fermentation is with native yeast with 100% whole grape clusters, then raised one year in neutral French oak barriques, and a second year in old American oak casks. Bottling is without fining or filtration. It is a richly exotic vino tinto, capable of many years of bottle age, but upon release it shows a wide variety of red and dark fruits, herbs and spices, almost reminiscent of the savory vermouths made from this area. Pair it with wild game with rosemary, spiced lamb chops, or the traditional rice dishes of the region. A truly distinctive Mediterranean wine. 2,500 bottles produced.

Alicante is home to one of the most diverse and breathtakingly beautiful terruños in all of Spain. Mountains hover in close-proximity to the Mediterranean ocean with old bush vines planted on rocky, calcareous soils, and the ever-present sun giving energy to these vineyards. For Alberto Redrado and Violeta Gutiérrez de la Vega it is the ideal environment to produce profoundly Mediterranean wines that show the tensions between the sun and soil, scrub brush and sea salt. Unfortunately, the recent vinicultural history of this region has spoken less of its environs and more to market forces, with “bigger-is-better” (modern flavor bombs) and “more-the-merrier” (bulk wines) being the two dominant wine styles.

The couple now work just over 3 hectares of head-pruned vineyards in the Valle de Xaló, Teúlada, and the Sierra de Bernia, all located within the limits of D.O. Alicante (but the couple have chosen to say, “no thanks” to appellation approval). Their great focus is on revitalizing the indigenous clone of Garnacha, locally called Giro. According to the couple, the grape arrived through the port of Denia in the early 19th century and can only be found in vineyards planted before the 1970’s or via selection massale for new plantings. The grape was originally planted in the Marina Alta, but can be found throughout Alicante. In the Valle de Xaló, the grape ripens earlier thanks to lower elevation and heavier soils, giving a shorter cycle and more fruit forward wines when young. In the Sierra de Bernia, Giro ripens later thanks to higher elevation and better soils, which gives “tastier” wines, richer in alcohol, but also higher in acidity, making the wines more age-worthy. Curii compares the Giro grape to Cannonau from Sardinia for its higher acidity and aromatic complexity. Curii also works with the obscure Trepadell Blanc and Merseguera grapes from the town of Teulada for their white wine.

In 2016 the couple moved their winemaking out of Violeta’s family winery and into their own space in the village of Xaló. Now they have more space to focus on producing wines that are true to their Mediterranean roots, yet unique in expressing their passion for their native Alicante. The results are some of the most aromatically compelling and authentic wines we have tasted from southeastern Spain.