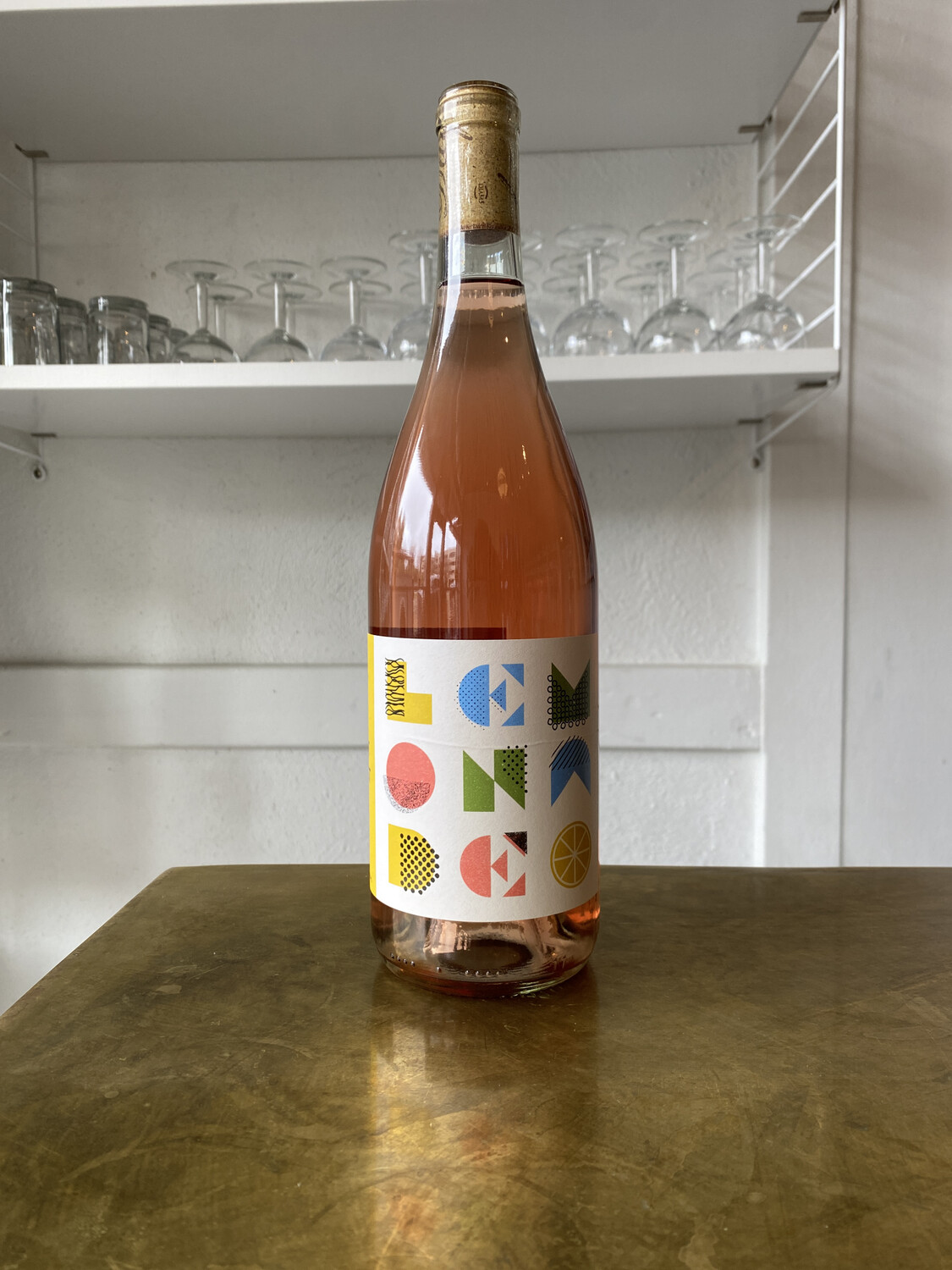 When life hands you lemons, make Lemonade! They were contracted for 25 tons of Pinot noir from two vineyards in the Chehalem Mountains AVA, intended to be a red wine. When wildfires broke out near the vineyards they took a close look at their options. It was extremely important to keep our commitments to our growers - and these two organic sites held particular significance to them since they are owned and operated by single women like her (one who is also a single mom). Getting juice off the grape skins quickly can dramatically minimize smoke effect in wine, so instead of making a red Pinot noir from these sites, we very gently pressed the fruit, settled it many times, and fermented it in the fashion of a white wine off of the skins. Like the rest of 2020, we made the best of a difficult situation and thankfully, the results are delicious. Strawberry, grapefruit and candied cherry blossom with a bright flinty finish.

Wine came into my life when I was young and, like falling in love with anything or anyone, it happened without intention or direction. When I was 16, our family moved to the Willamette Valley, where I spent days driving through the burgeoning wine landscape. I was immediately attracted to the vineyards–they seemed so exotic and foreign to me. I loved their orderliness and vibrancy.

In my early 20’s, as my curiosity surrounding wine continued to grow, I worked as a bookkeeper and saved money to cure an intense case of wanderlust. I traveled throughout the world’s wine regions for almost two years, documenting the wines I tasted and asking as many questions as I could. When I came home in 2008, I was decided on becoming a winemaker.

After studying at Chemeketa Community College and working in France, New Zealand and Argentina, I returned to Oregon and set out to work and learn every angle of the wine business. I worked for producers who were making wines in ways I wanted to: The Eyrie Vineyards, Brooks Winery, Grochau Cellars, Belle Pente, and Scott Paul. I also worked at Storyteller Wine Company, learning the retail side of the wine world, and then as a server at Le Pigeon and Little Bird Bistro. I also sold barrels for Bordeaux cooperage, Saury, which allowed for many opportunities to listen and learn from winemakers throughout the Willamette Valley.

In 2012, a friend in the Valley asked if I was interested in buying some fruit from his family’s vineyard. I decided it was the right time to get started and made 125 cases of single vineyard Pinot noir. The wine was noticed by distributors in Chicago and New York City, and I was lucky to be invited to pour at the RAW Natural Wine Fair in London. Since that first vintage, Day Wines has grown from 125 cases in 2012 to 5,000 cases in 2017. Day Wines are now distributed in twelve states and three countries.