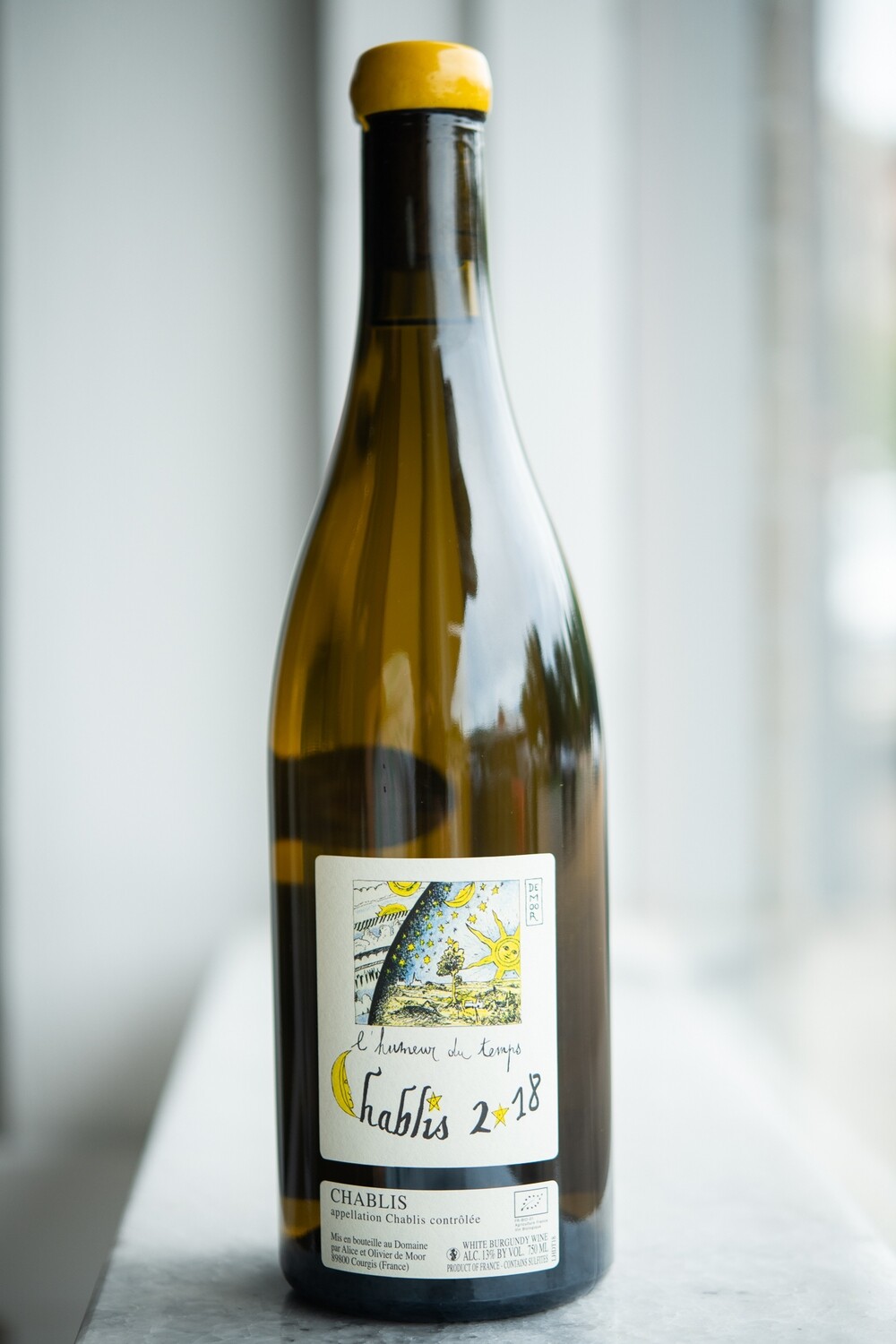 100% Chardonnay. The name tells the story: “the mood of the moment” indicates that it’s the De Moors’ way to capture the nature of the vintage as a whole. It doesn’t come from a single site but rather from 3-4 parcels in and around Courgis that they planted in the mid-1990’s. Alice and Olivier farm organically and harvest by hand. The fruit is gently pressed and fermented spontaneously with indigenous yeasts in stainless steel tanks. The wine goes through malo and is aged on its lees without bâtonnage in a combination of steel and old wood. No sulfur is used at harvest or during vinification. Bottled unfined and unfiltered in December 2019.