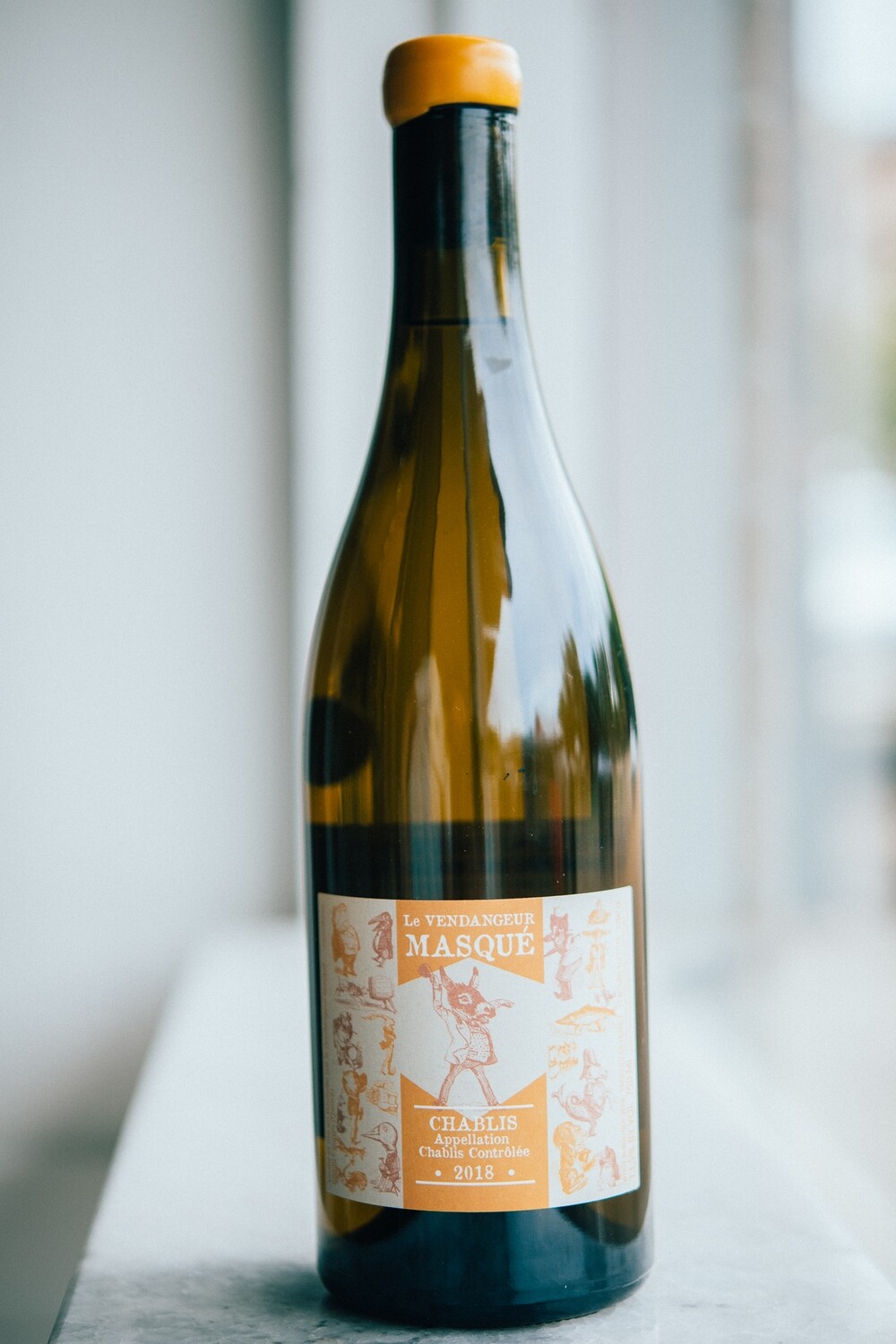 100% Chardonnay. Vendangeur Masqué or “masked harvester” is the label for De Moor wines from sourced fruit. Alice and Olivier make the wines in identical manner to their estate wines in their home cellar in Courgis; the amount of fruit they purchase is usually in inverse proportion to the quality and yield of the vintage (so in the plentiful 2018, they bought relatively little). They make this Chablis from 1.1 hectares across two parcels, one of 15-year-old vines farmed organically (and now owned by the De Moors, starting in the 2019 vintage) and the other in conversion to organics. The fruit is harvested by hand, gently pressed and fermented spontaneously with indigenous yeasts in stainless steel tanks. The wine goes through malo and is aged on its lees without bâtonnage in a mix of steel tank and old barrique. No sulfur is used at harvest or during vinification. Bottled unfined and unfiltered in September 2019.

The De Moors have worked their vines organically since 2005, a rarity in their area. In 2002, they stopped using large harvest bins and replaced them with small boxes where the grapes are not crushed by their own weight. In 2007, they built a large and high-ceilinged winery, allowing them to do all their cellar work by gravity. In 2008, they purchased a second-hand pneumatic press to treat the grapes in the gentlest way possible. There is no SO2 used at harvest or during the vinification. Aging is done in burgundian barrels of different ages for the Chablis and the Bourgogne Chitry. The young vines Aligoté is aged in cement and stainless steel tanks, the VV Aligoté in barrels. The Sauvignon Blanc, which often takes over a year to ferment, is aged in tanks.