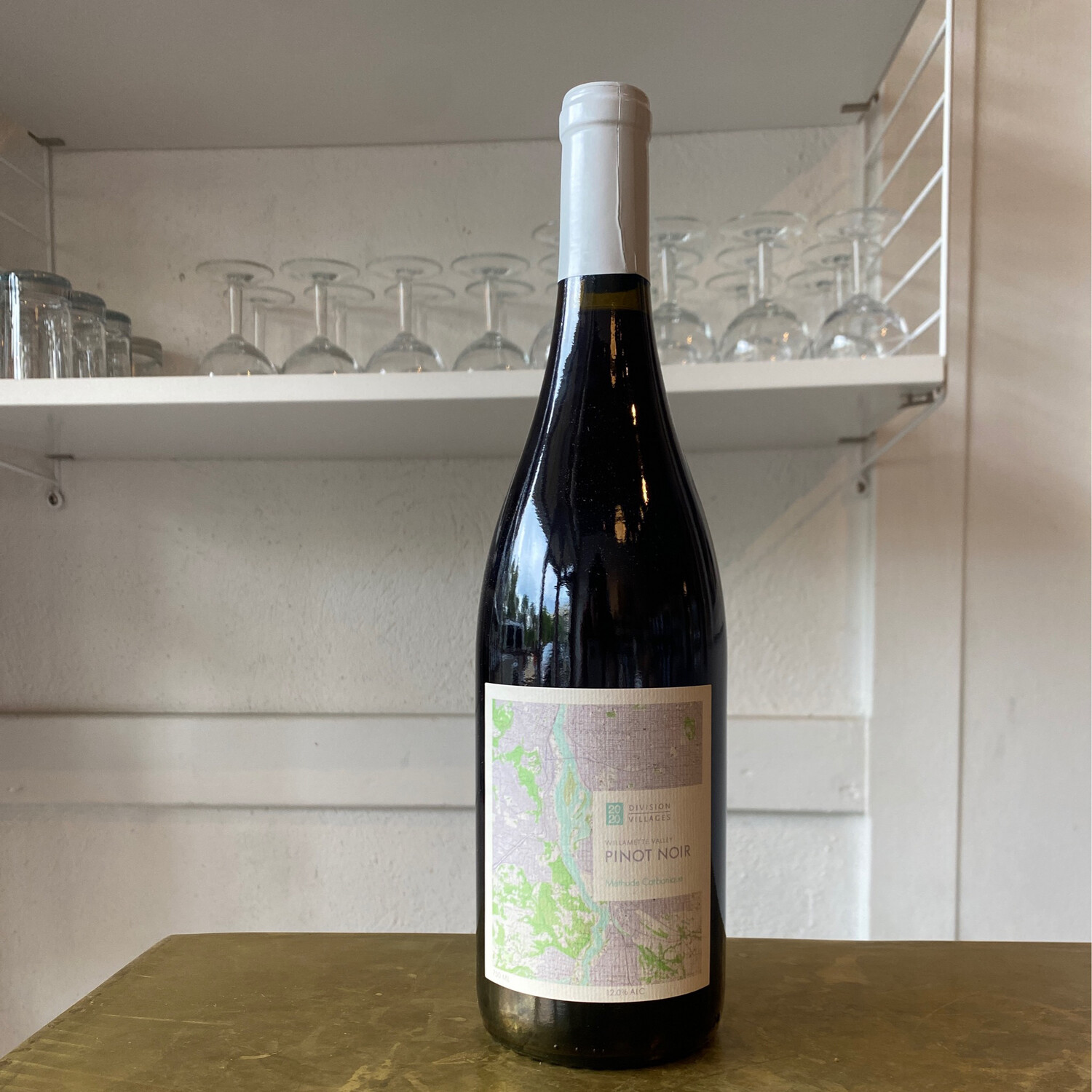 The Willamette Valley is typically one of the coolest and wettest major wine growing regions in the U.S, which clearly favors the delicate, but seemingly boundless potential of the Pinot Noir grape, a variety that seems to show its best on the fringes of suitable grape farming area.

This is their fourth year with the Cassin Vineyard, located in the Yamhill-Carlton AVA at the far western edges near the coastal range—a location that is truly cool climate and was our last site to be picked again. They are really falling for this site that produces elegant wines with a distinct red berry
characteristic. Not too far away is Methven Family Vineyards, set in eastern flanks of the northern Eola-Amity Hills AVA, a vineyard that has provided significant portions of the “Méthode Carbonique” Pinot since we first vintage of the bottling 2012. The Methven vines were planted in 2001 on soils
formed from volcanic remnants, a clay and broken rock soil locally called Nekia, and marine sedimentary overlay against basalt bedrock. They are very excited to announce the transition this past year of both of these vineyards to organic principle farming, including the cessation of systemic herbicides.

They fell hard for the carbonic maceration fermentation technique while learning about and making wine in the Beaujolais region of France, and began experimenting with the technique with Pinot Noir during our first few vintages in the States. Carbonic Maceration involves fermenting the wines fully on the stems in a closed vessel that is initially inundated with carbon dioxide, macerating the grape skins by mostly using the co2 to enzymatically extract color, phenolics and flavors, versus the traditional red fermentation practices involving pulverization and recirculation. They seek a fresh style of Pinot Noir with vibrancy and fruitiness for this wine, and hence harvest our Pinot Noir grapes for this bottling earlier than our other traditional fermentations.

For the carbonic fermentations, they created a pied de cuve (early native ferment) with a small amount of grapes to build a strong yeast population from the native flora from each vineyard, and these were added to the ferments after a few days of carbon dioxide enrichment. With these lots, they fermented each site in a stainless steel closed top tank. Ultimately each of the ferments lasted about between 20-25 days on the skins. The wines were aged for 5 months in a combination of one concrete tank and several old French oak barrels.