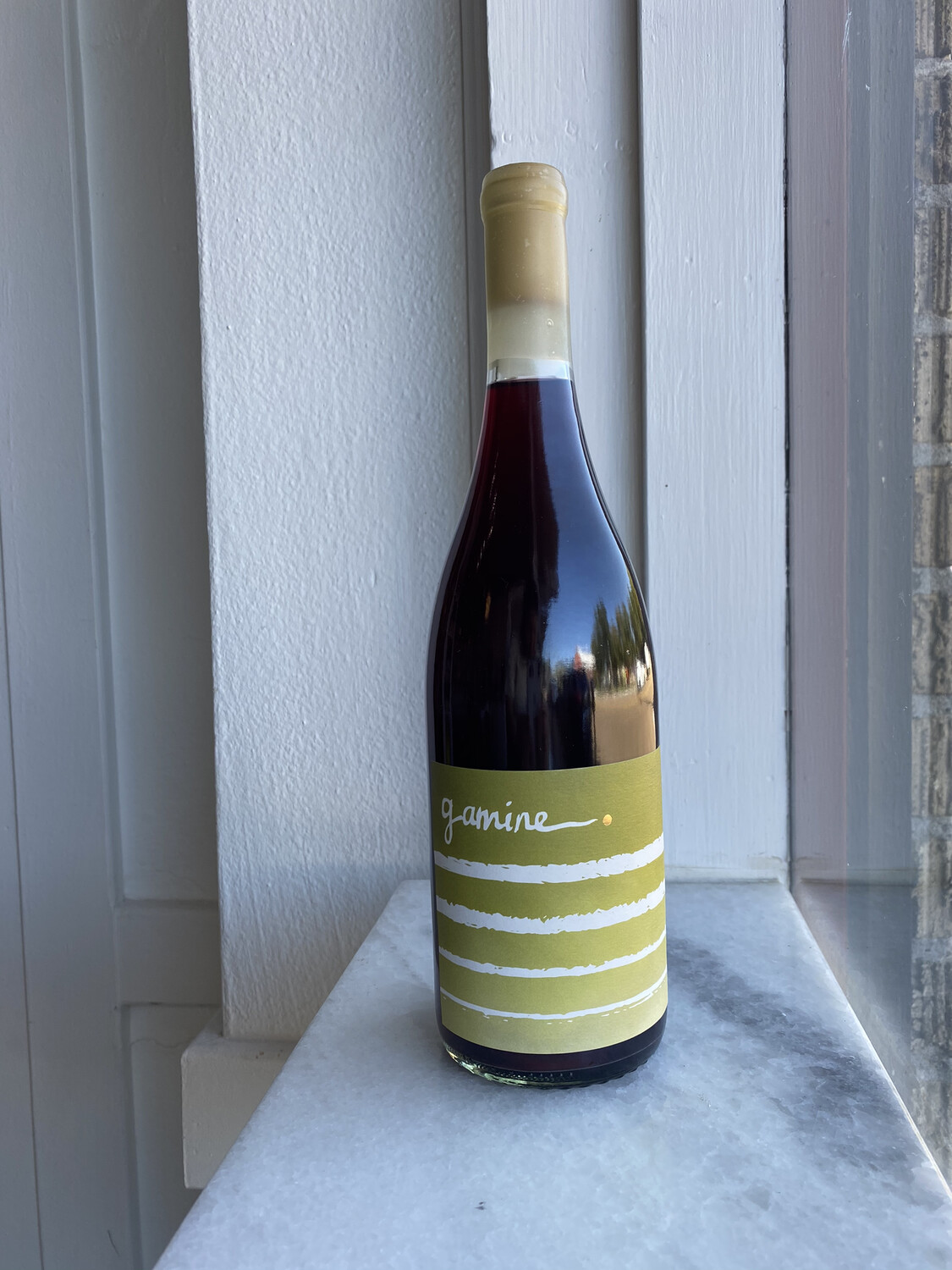 The second release of this wine (the new 2019 bottling) focuses on playing carbonic and traditional fermentation notes together in harmony – picked in early October, half of the fruit was sealed off in a cement vessel for full carbonic fermentation over 20 days, while the other 50% was fully destemmed and received punchdowns and pumpovers for the same period of time. Pressed together, settled and returned to cement for 5 months, the wine was racked into neutral oak after malo completed with a small sulfur addition, and then bottled in June unfiltered and unfined.

The result is intoxicating and aromatic – uber-floral notes of violets with whispers of red currants, cedar and spice plus dark minerality dance on the nose. The first sips are lively, revealing raspberries crushed with mixed wild currants, bay leaf, pink peppercorns and angelica root, finishing with a light dry note of refreshing grapefruit pith.

The influence of carbonic maceration on this wine is clear on the palate, whose crunchy vibrancy brings to mind that there may be a kinship between Gamay and Grenache (!?!) While it has some of the warming note characteristics of Grenache, this Gamine is crafted with a light touch and layers of intrigue that keeps us coming back for more.

Kate has been partnering with her favorite Southern Oregon grower Herb Quady since 2013 on her Mae’s Vineyard Syrah and Grenache Rosé Pétillant. Herb grew up in the family of the famed Quady Winery in California’s Central Valley, and later became the vineyard manager for Randall Graham at Bonny Doon before coming north to southern Oregon with his sights on applying organic farming techniques to a region with mostly undiscovered vineyard potential. His Mae’s Vineyard block slopes southeast into the Applegate Valley in what can only be said as one of the prettiest spots we’ve seen in the state. Loamy/clay and marine sediment overlay sits on top of a large granite slab (yes granite!), which makes this a truly distinctive site to work with, and the lieu Kate’s bases the core and soul of her Gamine wines.