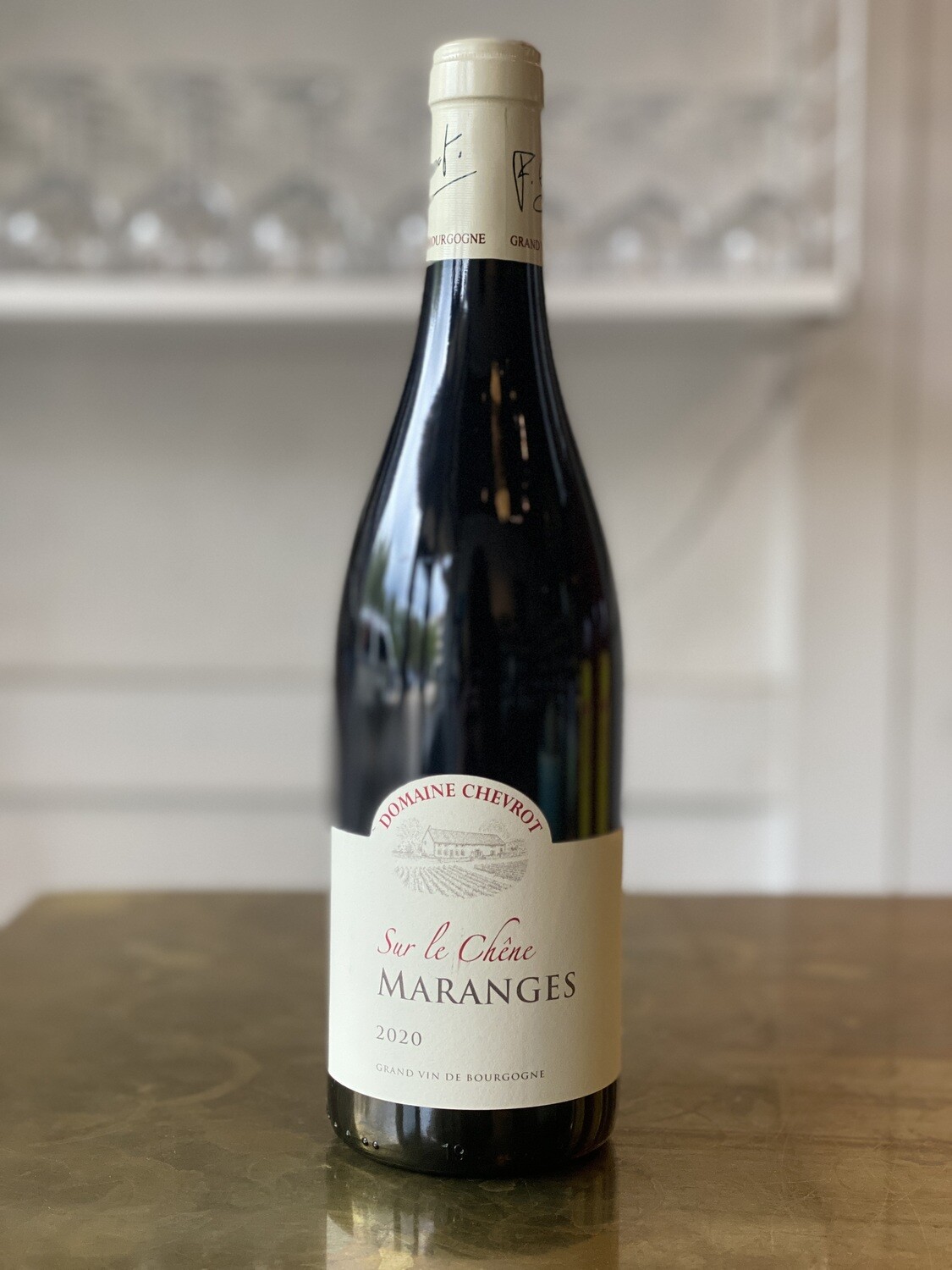 Chevrot owns four hectares of Pinot Noir in this climate; he uses only the best fruit for this cuvée. The plots face south and are rich in limestone, gravel and decomposed sand from granite. The river, la Cozanne, which made this soil, crosses a granitic canyon. The granitic sand in this soil gives the wine a different expression, notably in the acidity.

The grapes are sorted and stems are tasted and a portion are kept for the fermentation. Fermentation involves only natural yeasts, sees no added SO2, and there is no cold maceration. Aging begins in barrel and the wine is racked clean and put back into older barrels (5-10 years) in mid-summer, where it is aged until it is racked and blended in December. It stays in tank for one month and is racked one last time the day of bottling (mid-January) in order to have a homogeneous cuvée. There is no fining and no filtration, and the level of SO2 is as low as possible, just to guarantee the stability of the wine.

Domaine Chevrot owns 18.5 hectare of vines; 50% pinot noir, 40% chardonnay, and ten percent aligoté in appellations of Maranges, Santenay, and the Hautes Côtes de Beaune. Their oldest plots were planted by the current winemakers’ grandfather and are up to 75 years old. The brothers, Pablo and Vincent have maintained the traditions of their parents but have built upon their success: starting with conversion of the vineyards to organic viticulture in 2008. Working the soil is important and they own two horses and are now ploughing five hectares by horse. Seeded cover crops are another important element that brings fertility to the soil, aerates and restructures the soil, and limits erosion. They use organic compost in the vineyards and a minimum of copper and sulfur treatments as needed to treat oidium and mildew. They are practicing biodynamics as well but are not certified.

Chevrot's goal is to make wines that reflect their terroir and the vintage, which means as little tinkering in the cellar as possible. The brothers never add enzymes, acidify or chaptalize and the red wines do not see any sulfur until bottling. The entry-level cuvées are destemmed and some whole clusters are kept on the village and 1er cru cuvées. Fermentations are completed only with the indigenous yeasts. The total sulfur is ten milligrams per liter on the reds and 30 - 50 milligrams per liter on the whites. The amount of new oak used depends on the cuvée and it's always used judiciously; Pablo explained that oak is necessary in Maranges because the region produces very powerful wines like Pommard or Nuits-Saint-Georges. The wines show exceptionally well young, something that Pablo attributes to not using much sulfur.