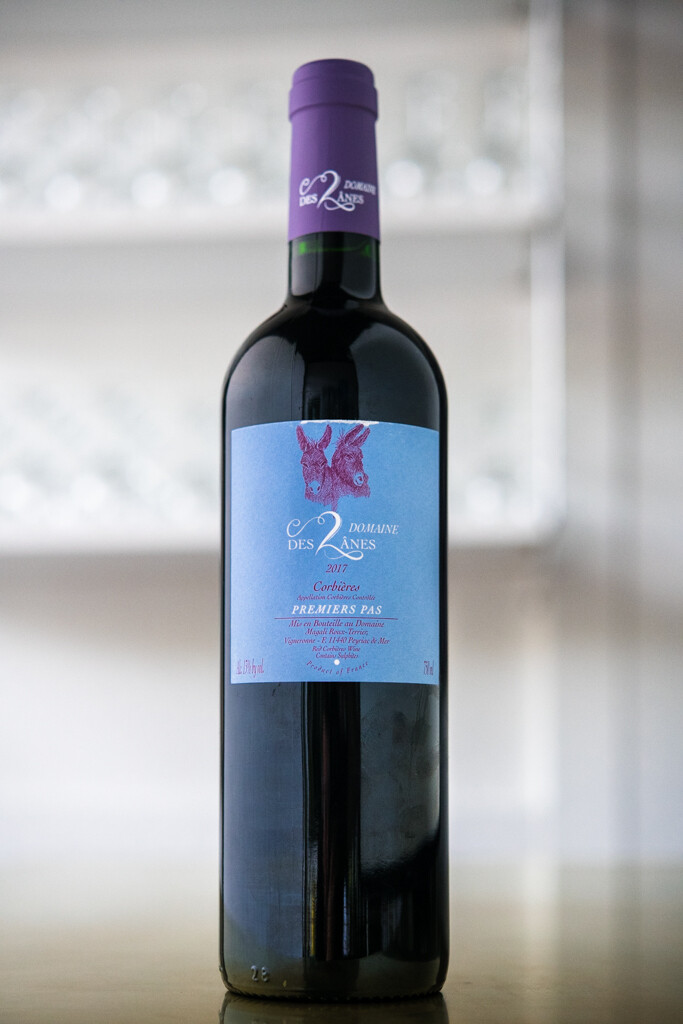 Vinification Method: The premier pas is the lightest wine Magali makes, a whole cluster fermentation in stainless steel tanks. A pigeage occurs & fermentation lasts two or three weeks. Only natural yeast is used, and the wine is fermented and aged in the same tanks under temperature control. The wine is bottled without ﬁning or ﬁltration.

Magali Terrier, originally from the Beaujolais, worked in diverse wine-growing regions throughout France. In the late 1990’s, she began to seek out a terroir where she could freely express her passion for making extraordinary organic wine and that search led her to the Languedoc. Magali Terrier first set her eyes on Peyriac de mer, a diamond in the rough with a breathtaking view of the Mediterranean Sea, and it was love at first sight. She started the 2 Anes winery in the year 2000, the same year Jenny & François was founded.

Being byodynamic, the winery is a diverse farm with many different animals, including of course, donkeys, but also sheep and many other animals. The donkeys are allowed to wonder amongst the vines, where they eat the garrigue and other herbs growing everywhere on this property. When Magali begins to prune in the spring, she often discovers that the donkeys have done a “pre-pruning,” having eaten some of the shoots and canes along with the garrigue.