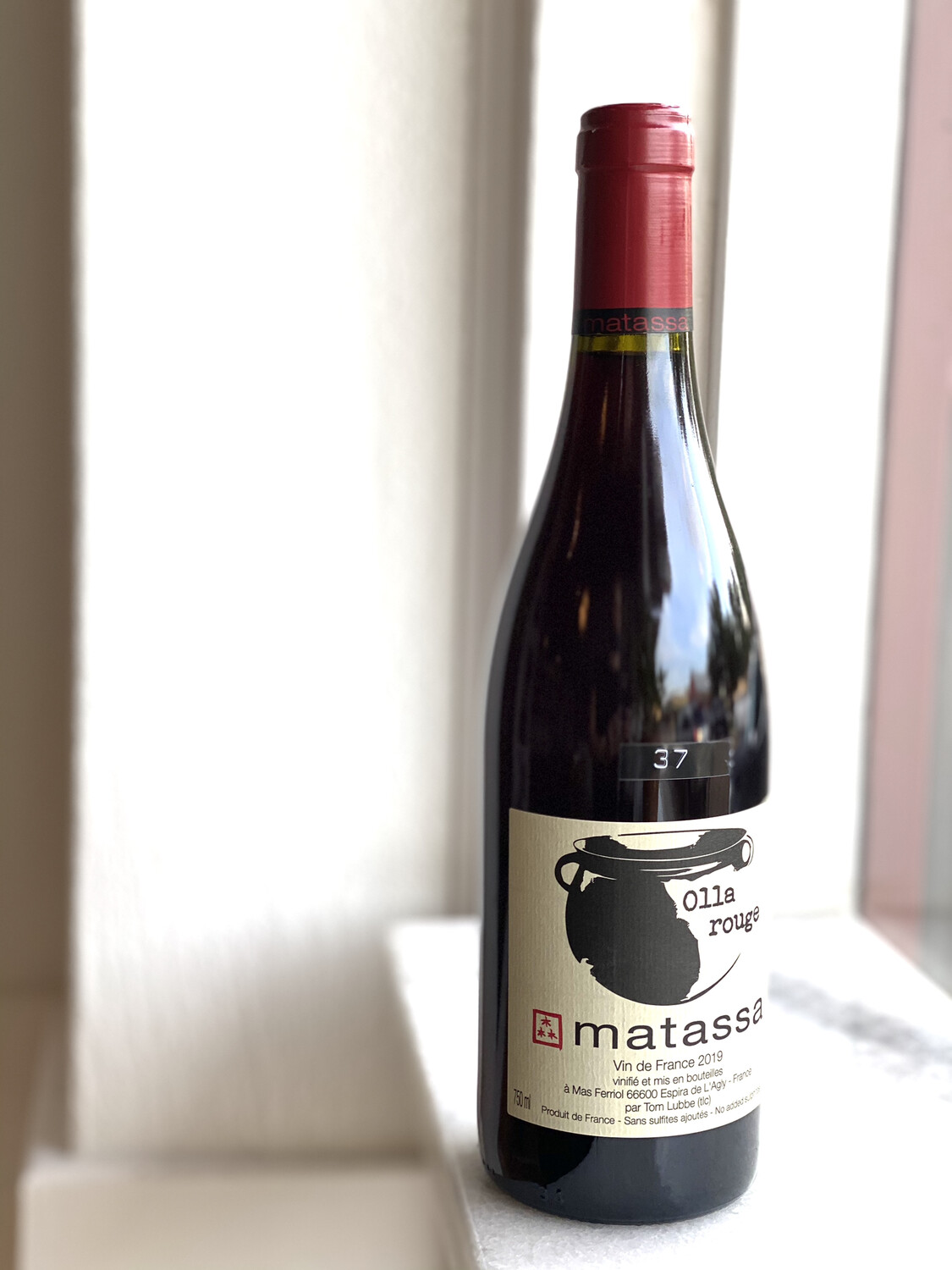 The birth of their first child halted Tom's plan of returning to South Africa, opting instead to stay in Calce and start his own estate. Matassa was founded in 2003, with the first vintage entirely produced in the recently married couple's living room. Gérard felt so bad about this that he gave Tom the old Gauby cellar in 2004!

Most of the vineyards are older (60- 120 years), so Tom works with many of the traditional Catalan varieties: Carignan, Grenache (mostly Lladonner Pelut, the ancient catalan strain of Grenache), Macabeu, Grenache Gris, Muscat d'Alexandrie and Muscat de Petits-Grains. These grapes are often co-planted together, particularly in the very old vines. The younger vineyards (25 -35 yrs old) include Mourvèdre (traditional here but not very replanted post-phylloxera), Cabernet Sauvignon (1/2 ha) and Viognier (1/2 ha). In total, 14 ha are cultivated, 12 of which surround the village of Calce. The soils are schist and marl, with an additional 2ha of old Carignan at 500-600m altitude on granitic soils in the high Fenouillèdes.

The vineyards are worked naturally without any chemical aids. Tom is certified organic by Ecocert and uses biodynamic techniques such as Preparation 500 and various plant fermentations to activate and nourish his soils. Whites are whole-bunch basket-pressed, the first half of which is done by foot. No sulphur is used until after malolactic fermentations are finished. Aging can be quite lengthy with the Matassa Blanc (old vine Grenache Gris and Maccabeu) spending 18 months in demi-muid, none new since 2007. Reds are whole-bunch ferments with one pigeage (by foot of course) in the beginning to get some juice out and start a natural fermention. They are usually pressed off half-way through fermenting and finish their sugar in old demi-muid where they also go through malo and are aged from 18 - 24 months. Some wines are filtered, but non are fined. Other than Matassa Blanc and Matassa Rouge, the cuvées are named after their lieu-dit.

Tom's vines are incredibly low yielding, giving the wines gorgeous concentration and minerality. These are true wines of terroir that could not be reproduced anywhere else.