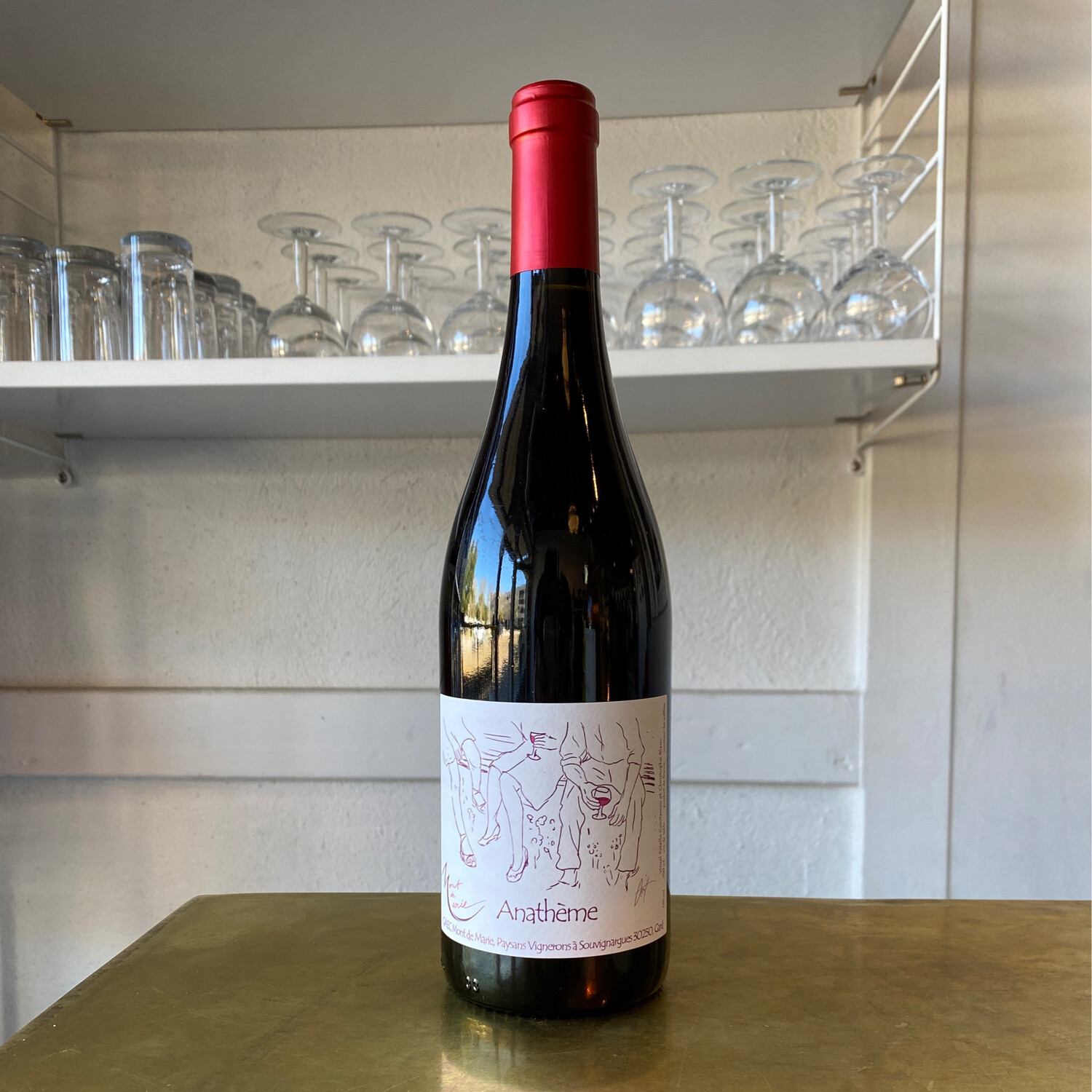 TERROIR : Co-planted vines in decomposed granite and gravel in the clearing of a forest.
70/80 years old.

Just 20km outside of Nimes, Thierry Forestier cultivates 12 ha of magnificent terroir in the small village of Souvignargues. He's another outsider story (hence, "anathema") of a devoted, passionate, and incredibly erudite winemaker who found himself in the Languedoc, in one of our favorite small plots of granite, clay and sand, on hillsides surrounded by boxwoods and oaks that make for incredible biodiversity. It's a stunning place where Thierry places a massive emphasis on soil diversity and health. It's good fruit he's after, and then a light touch in the cellar. The old vines benefit from a microclimate carried by the Vidourle river and the Aigoual massif. Thierry’s mission is only to manifest this beauty as authentically as possible, so he works totally naturally in the fields and in the cellar. Never using pesticides or herbicides, and never any oneological corrections in the cellar – beautiful wines from a beautiful place of Aramon, of Carignan, of Cinsault, of Grenache and also of Ugni-blanc and a point of Viognier which, from the beginning, seduced Thierry Forestier.

The story goes that Thierry had been making far more traditional wines (big extractions, lots of oak...) until 2017 when he collaborated on a cuvée with Eric Pfifferling of Domaine L'Anglore. Thierry was so inspired by the result that he changed everything around. Lighter macerations in concrete result in some of the brightest, most transparent wines in the Languedoc, without sacrificing any of the Garrigue Thierry is so set on preserving.