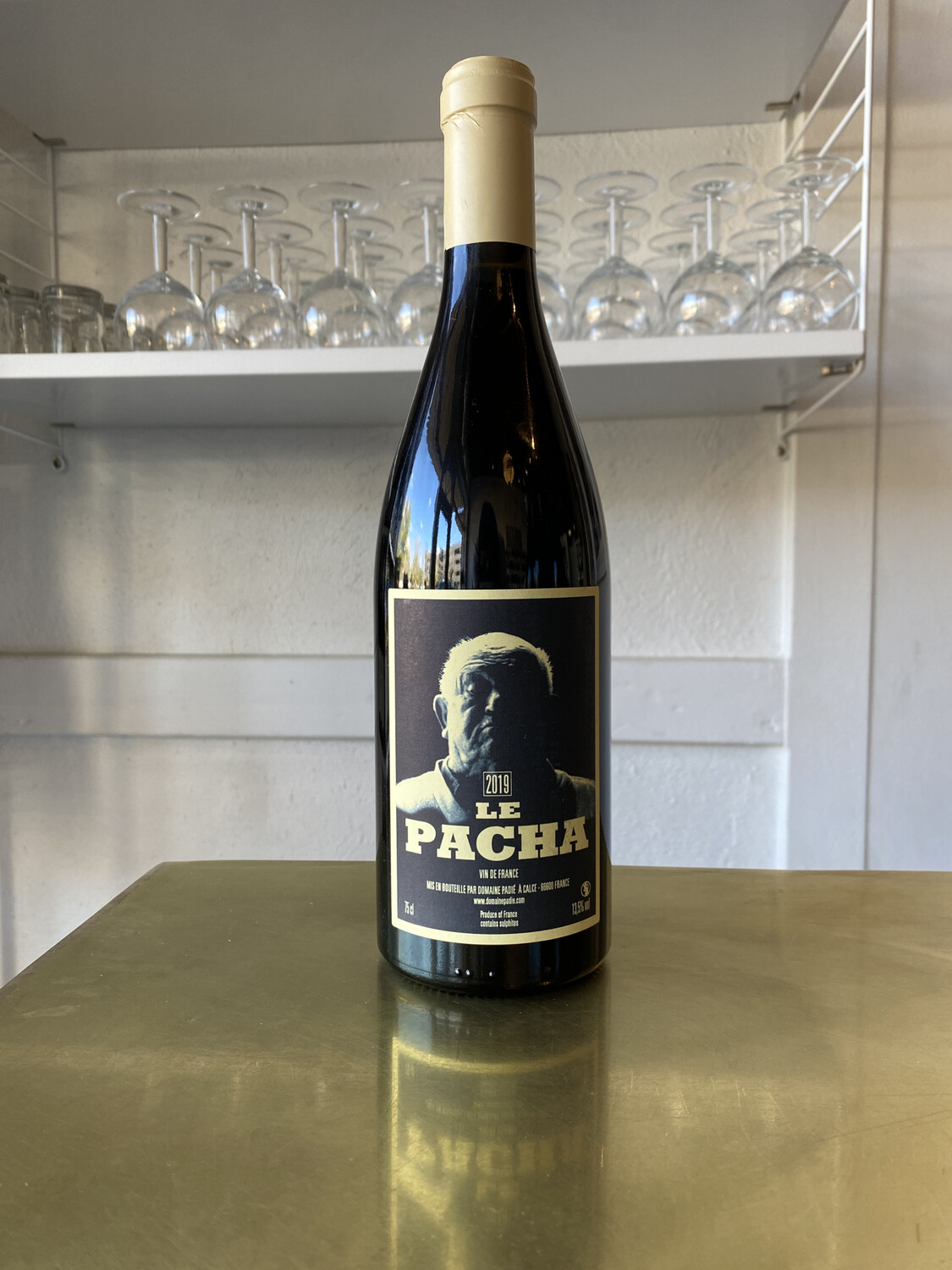 Named in homage to one of Jean-Philippe's favorite films and his uncle, whose likeness lends the old school gangster-film-poster vibe to the label, La Pacha is made of JP's 100 year old Carignan vines planted in limestone and schist soils, Elaborated in a similar fashion to the 'Gibraltar,' the '19 Le Pacha is an incredibly elegant take on Carignan, but with a strong personality of silky red cherry fruits and bramble, soft tannins, and wild garrigue nose that lets you know where you are. The ephemeral, almost mentholated element of 'is it giner or is it eucalyptus or camphor or....' aromatic phenomenon that makes old vine Carignan from this part of the world so distinct is on display, too. Seriously, what is it?

Jean-Philippe Padié was born and raised in Burgundy, but always dreamed of returning to his grandparent's home in the Southwest. In 2001, after his studies, he moved to the famous village of Calce to make natural wine with alongside the domaine's of Gauby, Matassa, Horizon, and Pithon. He works with no additives or sulphites. His wines are distinctly crafted, with a lifted quality rare in the Roussillon.