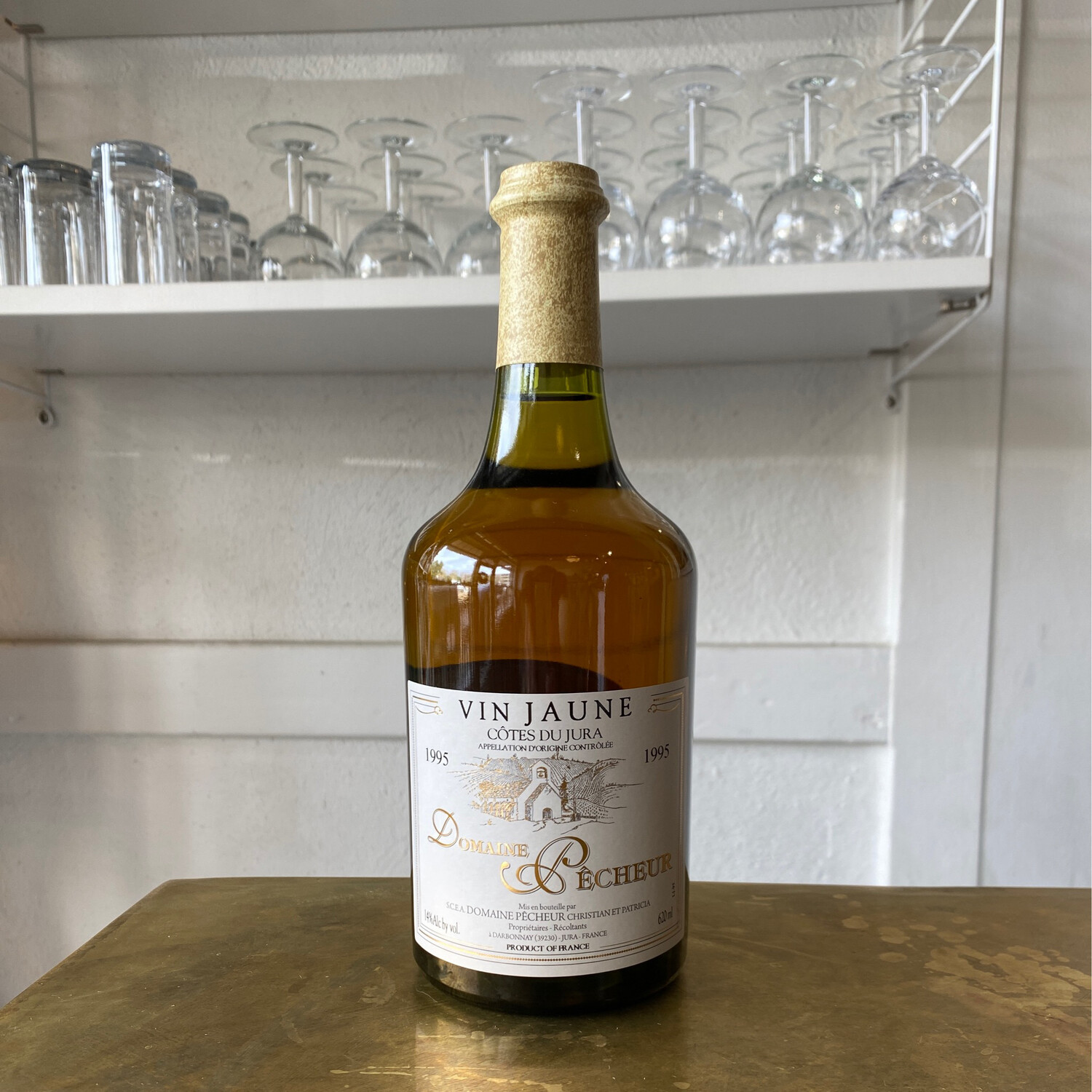 The Jurassien classic, with aged Savagnin that rests sous-voile for at least seven years.

The Domaine Pecheur began producing wine in 1976 from a single hectare of vineyards. Located in Darbonnay, in the Cotes du Jura appellation, the domaine is owned by Christian and Patricia Pêcheur who, since its inception, have worked diligently to improve and expand production of classic Jura wines. Now, the domaine extends over eight hectares with vineyards primarily situated on the hillside slopes of the villages of Darbonnay and Passenans with an extension into the fabled town of Voiteur for the production of Chateau Chalon.

Christian was schooled at the Lycée Viticole in Beaune after which he returned to the domaine in 1992 to produce the family wines.

The vineyards are planted to the classic Jura mix of grape types: Chardonnay, Savagnin, Ploussard, Trousseau and Pinot Noir. The average age of the vineyards varies from between 35 to 50 years, which is to say, the Pêcheur family is working almost exclusively with old vines. The grapes destined to produce the Crémant and the still white wines, aside from the Vin Jaune and the Chateau Chalon, are planted to rocky, pebbly soil rich in dolomite. The red grape varieties are planted on soil of “marne rouges” (red marlstone). The Savagnin harvested for purposes of production of Vin Jaune and Chateau-Chalon is planted to the classic and required “marne bleu”.

The vineyard work is conducted according to organic principles but the domaine is not certified organic. Neither pesticides nor herbicides are utilized. Grapes are hand-harvested. The harvest begins with the gathering of a small lot of each of Savagnin, Chardonnay and Ploussard to create the Vin de Paille; these grapes are left to dry naturally for several months before pressing. This is followed then by harvesting Chardonnay destined to become the bone-dry, sparkling Crémant du Jura. Then, in succession, additional Chardonnay is harvested to make the various still cuvées, followed by the harvest of the red grapes. Finally, the Savagnin is collected to produce the Vin Jaune and the Chateau-Chalon.

The whites are all barrel-fermented and barrel-aged. The Chardonnay spends two years in barrel without topping up (“non-ouillé”); the reds are generally aged in small, older barrels for at least one year. The Savagnin is aged for 3 to 6 years before bottling; the Vin Jaune undergoes an “elevage” of six years and three months … the Chatea-Chalon even longer.