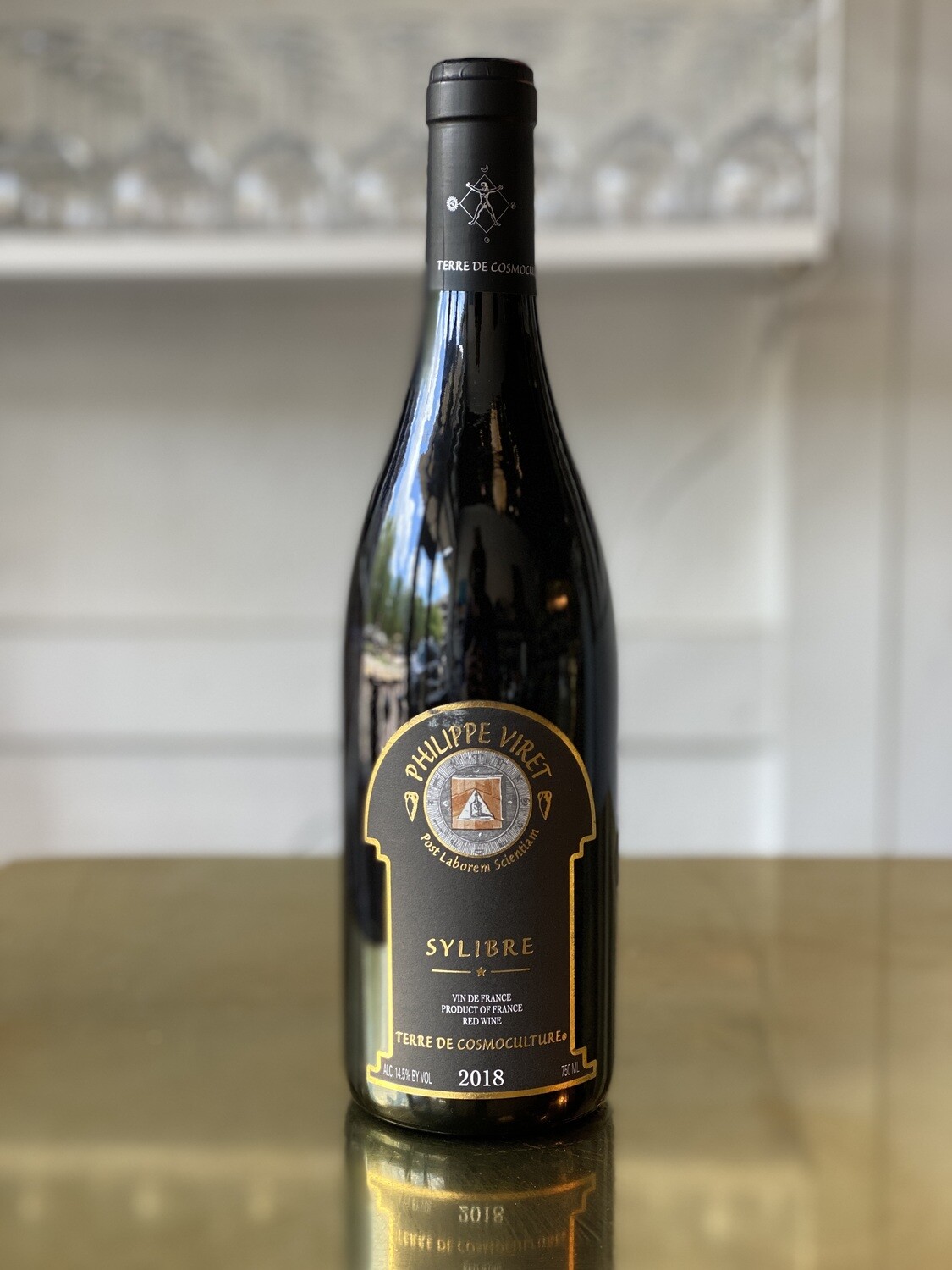 “Sylibre” shows off Philippe’s extraordinarily deft touch with Syrah in this southerly climate. Aged two years in a combination of concrete vat and used oak barrels and produced with no added sulfur at all, the 2018 is soaringly expressive on the nose, full of fresh-laundry spice and pepper. It offers an elegant, relatively silky palate with elongated, ultra-fine tannins, and it peers into the black depths Syrah can express in this region without slipping down the sides of the well.

Atop a hill in Saint-Maurice-sur-Eygues, in the southern Côtes-du-Rhône, a structure looms at once imposing and beautiful. Constructed of rectangular earthen-yellow stones broader than a human’s wingspan, it is flanked on the entirety of its left side by an Ionic-columned portico, and punctuated on its upper level by three large circle-top windows. This is Domaine Viret, and it is only the beginning of the story of one of southern France’s most fascinating and inscrutable winegrowers.

Philippe is perhaps most famous for: Cosmoculture, a system of farming of which he is the only practitioner and for which he holds an actual patent…Cosmoculture employs knowledge of the earth’s energy fields, known as telluric currents, in deciding where to plant, how to plant, when to harvest, and many other viticultural activities, as well as dictating the construction and operation of the winery itself. And, like biodynamics, Cosmoculture involves practices which may seem at first arcane or esoteric but are in fact connected to ancient wisdom—to knowledge humans cultivated and transmitted for millennia before we allowed technology to begin to supplant it. Of course, this would all threaten to become grand eco-philosophical performance art if Philippe’s wines were simply ordinary; thankfully, however, they are among the most soulful and evocative wines in the entire region.

Not much that takes place inside the winery, save perhaps the large illuminated crystals resting on pillars at various spots, would shock a well-versed enthusiast of low-intervention wines. No outside yeast strains have ever been introduced here; vinification is never thermoregulated; and the wines all move via gravity through the building’s ingeniously conceived multi-tier system. Philippe favors very long macerations—at least 45 days for the reds, and up to a year for his various skin-contact whites—and extracts mainly via infusion with extremely minimal punching-down. This results in texturally seamless wines of fine and dynamic tannins.