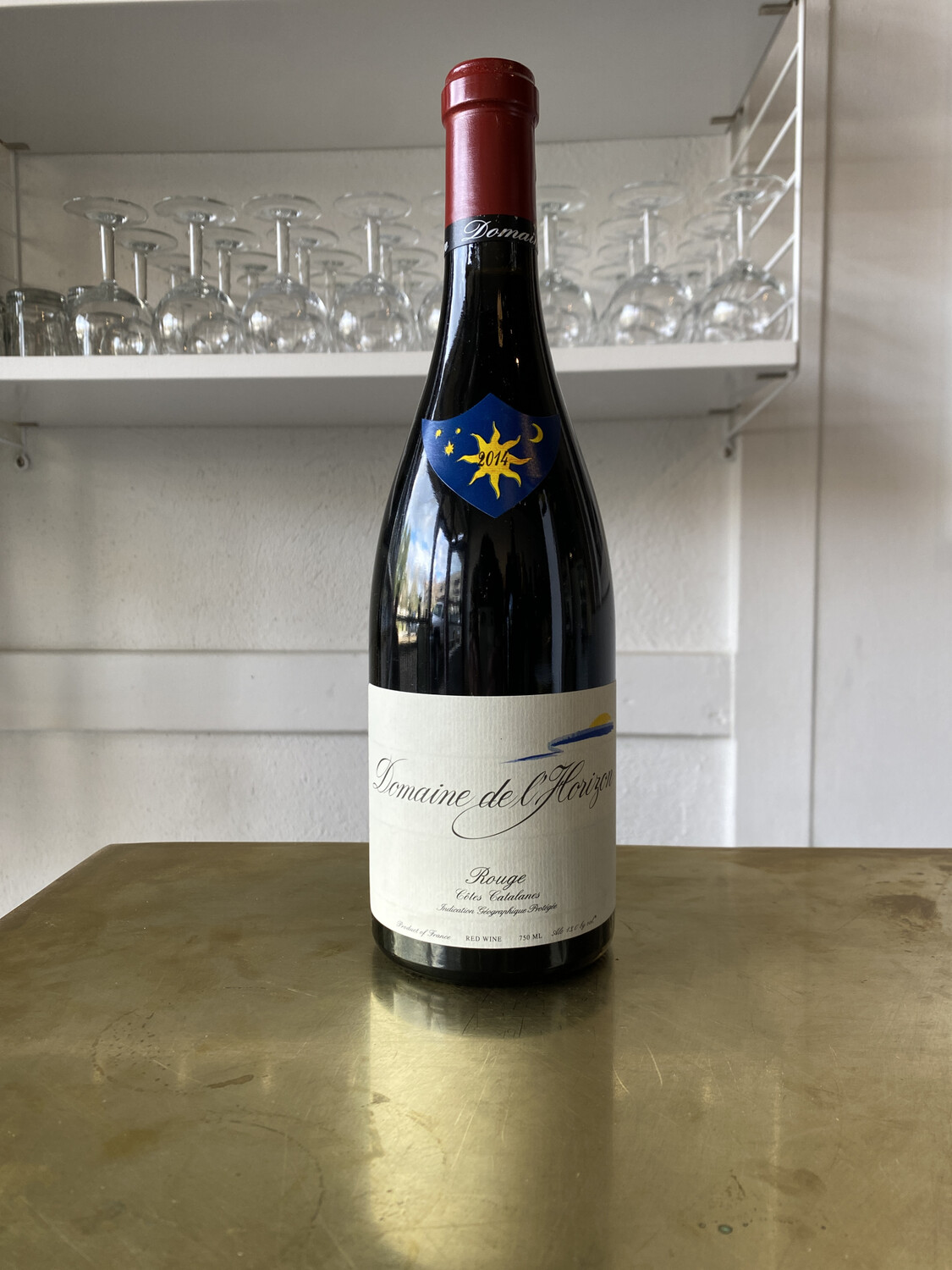 The “L’Esprit” Rouge comprises 60% Carignan and 40% Syrah, from vines between 15 and 30 years of age, and the Syrah—planted by Gauby—is actually some of the oldest Syrah in the area. Thomas leaves about one-third whole clusters during the vinification in order to provide spice, structure, and complexity, and the wine spends one year in a blend of foudres and demi-muids—all used. As with all the red wines, pigeage is performed sparingly, and only by foot—and remontage is employed as the main means of extraction. The end result is arresting in its combination of complexity and light-footedness—a southern French wine of this succulent depth and herb-tinged complexity at only 12.5% alcohol? Well, believe it.

Thomas Teibert founded the Domaine de L’Horizon in the Roussillon village of Calce in 2006, after meeting native star Gerard Gauby a year prior. Prior to his time in this region, wedged between the Pyrenees and the Mediterranean (and Spain and France), Thomas worked at multiple wineries in the South Tyrol and studied oenology in Geisenheim. The estate owns 17 ha of old vines (av- erage age over 70 years, many planted over a century ago), and all of the Domaine’s wines are bottled as IGP Côtes Catalanes. Wines from Calce offer some of the most profound, individual, terroir-expressive wines anywhere, yet they do not, for now, have their own appellation. IGP Côtes Catalanes; however, shows clearly that the soul of this region lies in its Catalan identity, which has survived decades of attempted erasure from Paris. Domaine de l’Horizon stands on the horizon between France and Spain, Mountain and sea, and, perhaps most importantly, on the edge of future fame and recognition for a singular terroir.