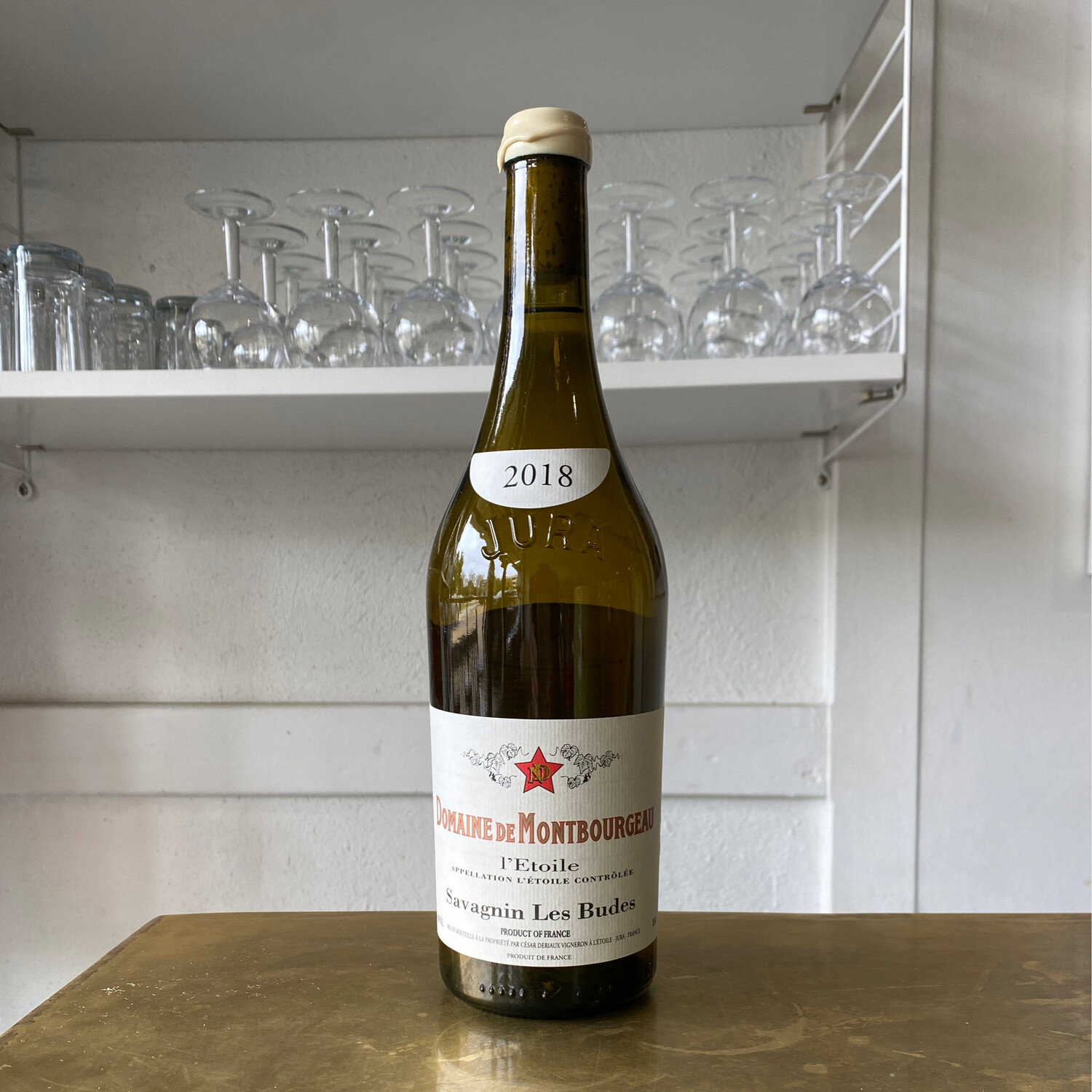 Montbourgeau produces a small amount of pure Savagnin. The grapes are sourced from several sites all underlain by marne (grey/blue). After fermentation, the Savagnin is racked into a mix of different-sized barrels where it rests for four years or so without further racking and without being topped off.

Domaine de Montbourgeau has produced traditional Jura wines since Victor Gros, the grandfather of current Vigneronne, Nicole Deriaux, first planted the estate’s vineyards in 1920. Nicole’s father, Jean Gros, was responsible for expanding the domaine once he acceded to the head of the family in 1956. Thirty years later (1986) Nicole joined her father and she now is fully responsible for the operation of the domaine. Her three sons are waiting in the wings!

The estate is located in the village of L’Etoile in the southwestern zone of the Jura. The origin of the name “L’Etoile” (meaning “star”) is attributed to either the fact that there are five hills surrounding the village in the pattern of a star or, more probably, because of the numerous specimens of the fossils of ancient starfish that are found to this day in the soils of this appellation. The appellation itself is very small, including only 52 hectares, principally in the village of L’Etoile but also with certain vineyards in the neighboring villages of Planoiseau, Saint Didier and Qunitigny.

The domaine’s nine hectares are devoted mostly to Chardonnay with Savagnin sited in 1.7 of those hectares; some Trousseau and Poulsard round out the plantings. The viticulture is organic and the vinification is strictly traditional respecting, in all aspects, the ancient practices of this region. Nicole Deriaux’s natural approach to every step of the process captures the true essence of the Etoile appellation in each of the separate bottlings done at the domaine.

All grapes are hand-harvested and vinified in the cellars underneath the family home, which is surrounded by the picturesque mountaintops of the Jura. Fermentation occurs in stainless steel cuves but all wines are then racked into a combination of foudres, demi-muids and smaller barrels, virtually none of which are new. The white wines are aged in barrel; they are never racked; they are not topped off. The very special nature of the appellation of L’Etoile produces white wines of exceptional finesse and complexity.