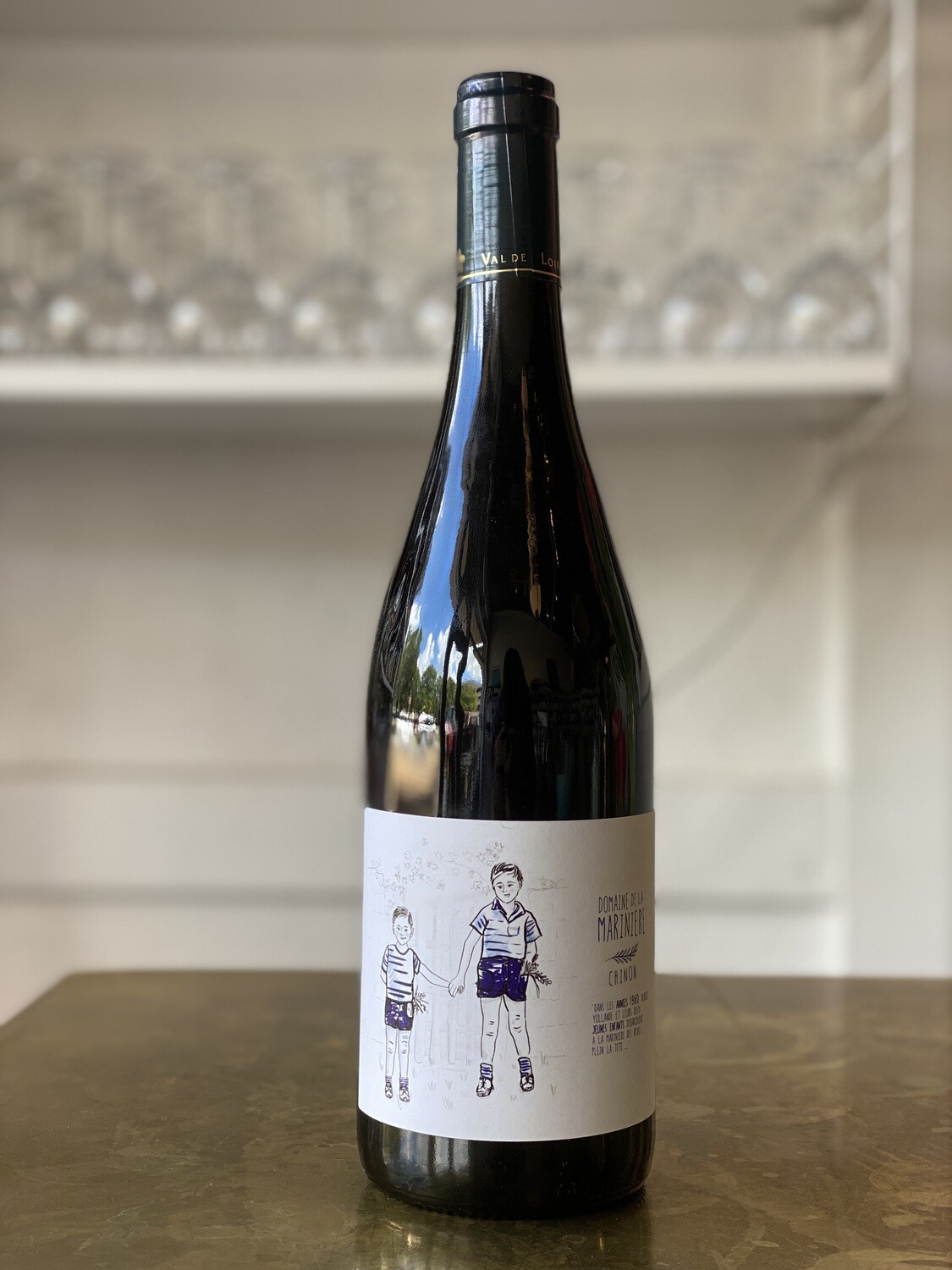 Fruity cuvee, vines from 15 to 20 years old on their terroirs of Panzoult, foothills. The bottle you can open with friends for a snack. Cabernet franc on the roundness and red fruits.

In the early 1960s, Hubert and Yollande Desbourdes fell in love with La Marinière, a property nestled in lush greenery on the heights of Panzoult, which was once the smallholding of the Lords of Roncée.

Renaud the son in 1999, then Boris the grandson, in 2013 continue the family adventure and are today partners, Independent Winegrowers and together produce wines in AOC Chinon (white, rosé and red).

Located in the heart of the Loire Valley, the Chinon vineyard is unlike any other. Much of it is listed as a UNESCO World Heritage Site. The subsoil, formed 90 million years ago, rests on a limestone base, called "Touraine tuffeau", which gives all its typicality to the wines of the appellation.

Cabernet Franc and Chenin, the two emblematic varieties of the Loire Valley, all reveal their complexity and potential in the Marinière cuvées.